Published on
May 10, 2022
Categories:
Imagine Magazine 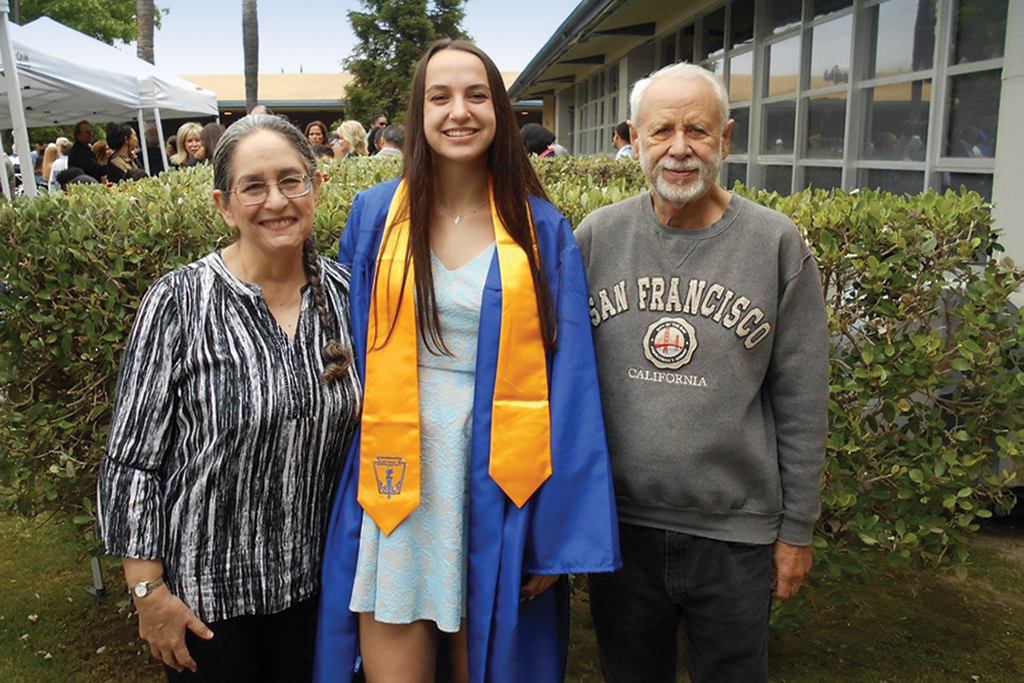 Sharon Mason and Bob Masino found just the right vehicle to honor CHLA’s lifesaving care of their niece, while also producing a reliable source of income for themselves.

“We thought we would do a twofer,” Bob Masino says.

A twofer, Merriam-Webster explains, is something that satisfies two criteria or needs simultaneously.

That’s precisely what Bob and his wife, Sharon Mason, were looking for in a planned gift, and why they decided on opening a charitable remainder trust, or CRT, in appreciation of the work Children’s Hospital Los Angeles did to save the life of their niece, Grace.

Both attorneys, Bob and Sharon owned and managed a pair of San Fernando Valley apartment buildings for several years, but the properties had grown too burdensome to maintain. They saw an opportunity to sell the buildings and put the profits from the sale into a CRT, which would provide the couple with a regular stream of income. At the end of their lifetimes, any funds that remained in the trust would go to CHLA, which Bob and Sharon named as the beneficiary. An additional benefit of the CRT: The donor receives an immediate income-tax charitable deduction when the trust is funded.

“We would get rid of the buildings,” Bob says, “but do it in a tax-deferred way and also benefit Children’s Hospital.” And there you have your twofer.

The harrowing episode that inspired the planned gift traces back to early 2015. After initially showing signs of flu and strep throat, Bob and Sharon’s niece, Grace, began vomiting, became disoriented and didn’t recognize her mother.

The local hospital saw that it didn’t have the expertise to handle the case and had Grace transported to Children’s Hospital Los Angeles, where doctors soon discovered that what began as strep throat had traveled downward and settled in Grace’s stomach. The diagnosis was a life-threatening infection called group A Streptococcus peritonitis.

“They found sheets of infection all through her abdomen,” her father, Gary Masino, says.

Receiving two months of treatment as an inpatient at CHLA, Grace, then 14, was able to overcome the illness and return to life as a middle schooler. She is now 21 and a thriving college student. In gratitude, Gary wrote a seven-page, 3,700-word thank-you letter to the hospital. He devoted individual paragraphs to each member of the medical team who contributed to Grace’s care and recovery, including administrators, doctors, nurses and therapists, calling all out by name.

“It was cathartic,” he says of the letter writing. “We were so blessed by the care there. I mean, she was there two months. And we just felt obligated because these people were incredible. They really were.”

Bob and Sharon say likewise—it was gratitude that motivated their planned gift giving.

“It became clear to us very early on that Gracie probably would not have survived this but for the efforts of the people at Children’s Hospital,” Bob says. “When we visited her, we became aware of the professionalism and the care that she was given. Usually in a hospital setting, they focus only on the patient, and their approach is very technical. They want to cure the body. But in this case, they connected with the family, and they connected with Gracie as a human being.”

Though Bob and Sharon had made charitable gifts before, none were as significant as the planned gift to CHLA. They gave some consideration to other organizations, but the others couldn’t match the impression that the hospital left on the couple.

“Children’s Hospital was always first on the list,” Sharon says. “The medical staff, the support staff, the volunteers, people who show up with the therapy dogs—they touch all the bases with their care. It was all-encompassing.”

The planned gift sets up a legacy of support for children in the future to get the same kind of world-class care that Grace received.

“When something extraordinary like that happens,” Bob says, “you remember it, and that’s why we ultimately chose Children’s Hospital Los Angeles.” 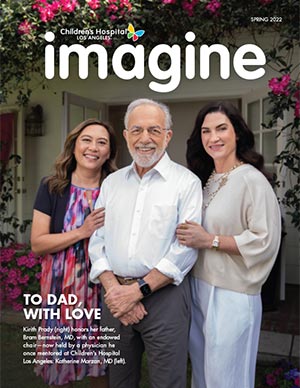