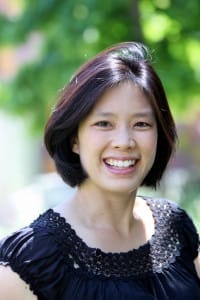 In September, our physicians predicted it was a matter of when, and not if, Los Angeles children would become infected with Enterovirus EV-D68, commonly referred to as enterovirus D68. On Oct. 1, CHLA and public health officials announced that a young patient who had been hospitalized here with a respiratory illness and later experienced partial limb paralysis had tested positive for enterovirus D68.

The symptoms of the virus typically show up as those of a bad cold - coughing, a runny nose, muscle aches or fever. In very rare instances, children testing positive for enterovirus D68 have experienced limb paralysis, which can be a symptom of the virus.

“It’s unclear why the virus affects children in this way but scientists and health officials are trying to find answers on why it appears to attack the nervous system,” explains Grace Aldrovandi, MD, chief of CHLA’s Division of Infectious Diseases.  “While officials can’t say for certain that enterovirus D68 is causing paralysis, there does appear to be a strong association.”

The young CHLA patient was hospitalized for almost three weeks and returned home in September. The child continues to experience some limb paralysis, but doctors are hopeful of a full recovery.

However in most kids with enterovirus D68, it will be hard to tell the difference between a bad cold and the virus, but Pia Pannaraj, MD, Infectious Diseases specialist at Children’s Hospital Los Angeles explains how parents can recognize and treat their kids' symptoms and when to seek medical attention.

What is enterovirus D68?

Pannaraj: "It is a virus that causes cold-like symptoms and that is currently being seen in the Midwest. It has been around since the 1960’s and was first discovered in California with just a few cluster of cases. Now it is showing itself again and is slowly creeping across the country."

How frightened should parents be about their kids getting enterovirus D68?

Pannaraj: "It has mostly affected the Midwest but has just been found in California. In many kids, it will cause a bad cold, but in children with asthma, it can exacerbate their asthma to the point where they may need medical attention."

Are children with underlying conditions more susceptible to enterovirus D68?

Pannaraj: "So far, 70 percent of those having underlying respiratory illness, like asthma, make up the children being hospitalized."

How can parents differentiate between a bad cold and this virus?

Pannaraj: "It will be difficult to distinguish the two since enterovirus will cause a cold. Children will usually present with a cough as their main symptom. Other symptoms may include runny nose, sneezing, and body and muscle aches. However, a fever is not very common with enterovirus D68. The children who become very ill with enterovirus D68 develop wheezing and difficulty breathing."

What are some prevention tips?

Pannaraj: "Good hand washing. Avoid touching your eyes, nose and mouth; cough and sneeze into your arm; and avoid other children who appear sick. It can spread easily and anywhere, especially at schools, where infection risks are higher because you have more kids in close quarters. It is airborne and contagious."

How should parents treat their kids' symptoms?

Pannaraj: "Rest and hydration. Treat them the same way you would a bad cold. Keep the kids out of school."

Is there a vaccine for enterovirus D68?

Pannaraj: "Unfortunately, a vaccine is not available at this time."

When should parents seek medical attention for their kids?

Pannaraj: "If their child is wheezing, having trouble breathing, coughing so much that they cannot talk, or having difficulty drinking, they should seek medical attention. Children with asthma should be prepared with medical inhalers as needed." Please visit the Centers for Disease Control and Prevention website for additional details.

Brotherly Love: A Family Gives Back
Flu Season Is Here, But Is It Too Late For The Vaccine?
Here’s What Parents Need to Know About a Measles Outbreak
Infectious Diseases Fellowship
Keeping Children Safe From Measles
Pneumonia Prevention and How to Care for Your Child
What Is Hand, Foot and Mouth Disease and How Can You Prevent It?