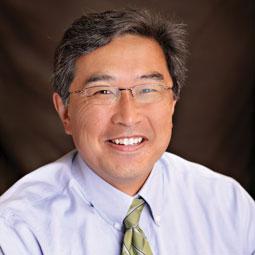 Larry Yin, MD, MSPH, serves as Division Chief of General Pediatrics at Children’s Hospital Los Angeles. He oversees the Division’s strategic planning, recruitment and program development; ensures the integration of training and research programs within clinical services throughout the hospital; and supports academic goals in research, education and child advocacy.

Board-certified in general pediatrics and developmental-behavioral pediatrics, Dr. Yin joined Children’s Hospital Los Angeles in 1993 for his internship and residency in pediatrics, served as Chief Resident and ultimately became an attending physician. From 2014 to 2020, he was Deputy Division Chief of General Pediatrics.

Dr. Yin is also Director of the USC University Center of Excellence in Developmental Disabilities at CHLA and serves as a California Governor appointee to the State Council on Developmental Disabilities. He participates on several state task forces focused on decreasing disparities in services for individuals with developmental disabilities. Among his leadership roles, Dr. Yin was a past region IX co-chair of the Academic Pediatric Association; a California Act Early Ambassador; an executive council member on the Council on Children with Disabilities in the American Academy of Pediatrics. He has also served as a volunteer physician for the Special Olympics.

Dr. Yin’s research and academic interests have been funded by the National Institutes of Health, the Centers for Disease Control and Prevention, the Administration for Community Living, and the U.S. Health Resources & Services Administration.

Dr. Yin has devoted a large portion of his career to caring and improving outcomes for children with neurodevelopmental disorders and special health care needs. He has authored, co-authored and contributed to hundreds of publications, abstracts and presentations on developmental disabilities, autism spectrum disorder, pediatric obesity and health disparities in underserved populations.  Dr. Yin is a fellow of the American Academy of Pediatrics, member of the Society for Pediatric Research, and a member of the Academic Pediatric Association. Dr. Yin was awarded the Robert M. McAllister Faculty Mentoring Award in 2017 and has been consistently recognized by trainees for outstanding teaching.

Another area of interest has been in pediatric obesity prevention in children with developmental disabilities. We are actively engaged in partnering in the community to develop effective obesity interventions.

My areas of research include a number of conditions that impact children with developmental disabilities with an overall goal of improving early identification through screening, improving health and improving access to clinical intervention and services with a focus on supporting families. Current research projects include:

My current funding reflects the diversity of interests in education, research and community-based interventions. The support improves and implements new models of care for children with developmental disabilities and special health care needs.

Can Preschoolers Make Healthy Choices While Shopping for Groceries?