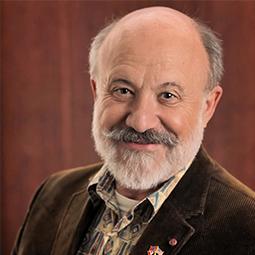 Dr. Warburton directs both the Developmental Biology, Regenerative Medicine and Stem Cell Therapeutics program and the Center for Environmental Impact on Global Health Across the Lifespan at The Saban Research Institute, Children’s Hospital Los Angeles.

A distinguished national and global scientific thought leader in maternal and child health, Dr. Warburton has established and leads a field termed molecular embryology of the lung.  He has published many foundational discoveries in this field, showing how morphogenetic signaling plays a key and necessary role in development of the lung. Subsequently, he has shown that these same processes are clearly replicated, but in an abnormal fashion, in common diseases of the child and adult lung including bronchopulmonary dysplasia, asthma, COPD, emphysema and fibrosis. He has in fact pioneered the concept that abnormal lung development is a precursor to many genetic as well as acquired diseases of the human lung.

Dr. Warburton founded this research program in 1986. It now comprises over 100 researchers seeking to find translational regenerative solutions for pediatric and adult diseases in many organ systems including lung, heart, gut, liver, pancreas, skin, bone and joint, and spinal cord fusion. More than 50 young scientists have become independent investigators under his mentorship during this period of time.

To date, he has made more than 400 contributions to the medical scientific literature in this and related fields, which have been cited over 15,000 times.

In his earlier work as a pioneering neonatologist, Warburton was instrumental in discovering several key parameters of intensive care for premature infants as well as for infants of diabetic mothers. His work has contributed to saving many hundreds of thousands of young lives in the United States and abroad.

Dr. Warburton is active in global health, particularly in emerging countries in Asia and Africa. For example, he has worked in Mongolia to improve child and maternal health for more than 15years. He founded a Department of Environmental Health at the National Mongolian University of the Medical Sciences and has supervised more than 20 graduate students working to improve the impact of air pollution on health across the lifespan in that country.

Dr. Warburton was born and educated in London at St. Thomas’s Hospital, and emigrated from the UK in 1976 to become a junior physician at Harvard and Brown. His most seminal medical scientific work has been conducted in Los Angeles. He has been honored by the Queen of England with the Most Excellent Order of the British Empire for his collaborative work in UK/USA health care research and has been appointed a Fellow of several Royal Colleges.

Board Certified in Pediatrics and Neonatal-Perinatal Medicine

W81XWH-16-1-0253 Warburton (P.I.) $$2,000,000 09/01/16-08/31/19
PR150666 / U.S. Army Medical Research Acquisition Activity
Lung injury; relates to real time endoscopic monitoring of single cells’ respiratory health in lung
In this proposal we will set up and tune a new technology that quantifies the intrinsic cellular metabolism of lung cells, which can thus be applied as a portable diagnostic tool for lung injury.

Microenvironment in lung development, injury and protection, repair and regeneration.

Currently my personal research is focused on 3 major projects:

Environmental and Respiratory Health Across the Lifespan in Mongolia
This DE43 grant is to do field capacity building and research on the effects of air pollution on lung health.

I have over 30 years’ experience as a thought leader in the fields of neonatal-perinatal medicine, developmental biology and regenerative medicine. As an Endowed and tenured professor at the University of Southern California, who has had continuous NIH funding since 1983, my studies have defined the origins of the cell lineages that comprise the developing lung and determined the processes underlying its stereotypic branching morphogenesis. I have trained more than 50 early stage PhD and MD scientists to successful independence, many of whom are by now Professors and Chairs in their own right with NIH and NSF funded laboratories both in the US and abroad. For my own part I have published over 300 contributions to the scientific literature in relevant fields that have been cited over 16,000 times with an h-factor of 68. I am an expert on coordinating productive teams of teams of medical and basic scientist in NHLBI U and P awards.

The development of the human lung differs significantly from that i the mouse. Our new work in the LungMAP shows this, which may be extremely important for adapting what we have learned over the years from mice to the human condition.

The impact of the severe seasonal air pollution on human biology in Ulan Baataar, the capital off Mongolia, has markedly adverse effects on human fertility and fetal well being.

Cruisin’ Through the Lung

In Mongolia: Pollutants from Coal-Burning Stoves Strongly Associated with Miscarriages