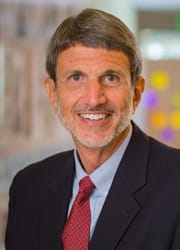 Viviano joined Children’s Hospital Los Angeles in late 2015 as President and Chief Executive Officer as well as a member of the Board of Directors and the Foundation Board of Trustees. Founded in 1901, Children’s Hospital Los Angeles is the highest-ranked children’s hospital in California and eighth in the nation, according to U.S. News & World Report. CHLA also operates one of the largest pediatric residency training programs in the country. The Saban Research Institute of CHLA is consistently ranked among the top children’s hospitals for National Institutes of Health funding and is home to more than 350 funded scientists and physician scientists.

Prior to his work at UCSD, Viviano served as Chair of the Board and CEO of Alliance HealthCare Services—a for-profit, publicly traded organization that is the nation’s largest provider of outpatient diagnostic imaging services and a national leader in delivery of radiation oncology services. Paul continues to serve as a Director for Alliance, chairing the Compensation Committee and the company’s Special Committee.

As part of his efforts in support of child health care, Viviano is actively involved with several state and national organizations committed to protecting and preserving preventative, acute and specialty health care for children. He is the immediate past Board Chair of the California Children’s Hospital Association (CCHA) and continues to serve on the Association’s Board of Directors. He represents the CCHA on the California Hospital Association Board and also serves on the CHA Board Executive Committee.

Viviano also chairs the Public Policy Committee of the national Children’s Hospital Association and is a Board member of Solutions for Patient Safety, the national consortium that sets clinical standards for U.S. children’s hospitals.

In addition, he is the Chair of the Board of Trustees of Loyola Marymount University, the Catholic Jesuit University in Los Angeles, and is President of the UCLA Health Policy and Management Alumni Association.

Connect with Paul on LinkedIn, where you can read articles he’s written on issues related to child health.