Why are some children at risk of stuttering into adulthood? 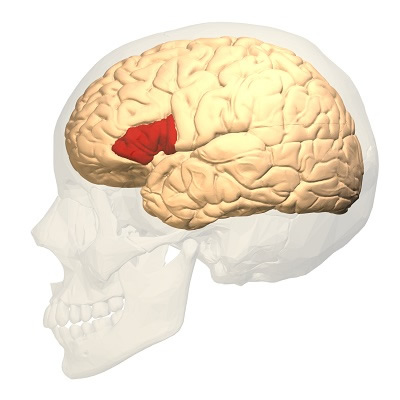 Characterized by repetition of sounds, syllables, or words; prolongation of sounds; and interruptions in speech, stuttering occurs most often in children between the ages of 2 and 6 as they are developing their language skills. While 75 percent outgrow or recover from stuttering, for the remaining 25 percent who stutter, stuttering can persist as a lifelong communications disorder.

Why are some children at risk of continuing to stutter into adulthood?

A study led by researchers at Children’s Hospital Los Angeles demonstrates what lead investigator Bradley Peterson, MD, calls “a critical mass of evidence” of a common underlying lifelong vulnerability in both children and adults who stutter. They discovered that regional cerebral blood flow is reduced in the Broca’s area – the region in the frontal lobe of the brain linked to speech production – in persons who stutter. More severe stuttering is associated with even greater reductions in blood flow to this region.

In addition, a greater abnormality of cerebral blood flow in the posterior language loop, associated with processing words that we hear, correlates with more severe stuttering. This finding suggests that a common pathophysiology throughout the neural “language” loop that connects the frontal and posterior temporal lobe likely contributes to stuttering severity.

Peterson, who is director of the Institute for the Developing Mind at CHLA and a professor of the Keck School of Medicine at the University of Southern California, says that such a study of resting blood flow, or perfusion, has never before been conducted in persons who stutter. His team also recently published a study using proton magnetic resonance spectroscopy to look at brain regions in both adults and children who stutter. Those findings demonstrated links between stuttering and changes in the brain circuits that control speech production, as well as those supporting attention and emotion. The present blood flow study adds significantly to the findings from that prior study and furthermore suggests that disturbances in the speech processing areas of the brain are likely of central importance as a cause of stuttering.

According to Peterson, the new study – published on December 30 in the journal Human Brain Mapping – provides scientists with a completely different window into the brain. The researchers were able to zero in on the Broca’s area as well as related brain circuitry specifically linked to speech, using regional cerebral blood flow as a measure of brain activity, since blood flow is typically coupled with neural activity.

“When other portions of the brain circuit related to speech were also affected according to our blood flow measurements, we saw more severe stuttering in both children and adults,” said first author Jay Desai, MD, a clinical neurologist at CHLA. “Blood flow was inversely correlated to the degree of stuttering – the more severe the stuttering, the less blood flow to this part of the brain,” said Desai, adding that the study results were “quite striking.”