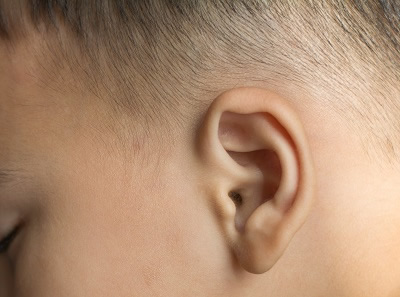 Investigators from Children’s Hospital Los Angeles and 37 other Children’s Oncology Group hospitals in the U.S. and Canada have determined that sodium thiosulfate prevents cisplatin-induced hearing loss in children and adolescents with cancer. Results of this randomized, controlled, phase 3 study, called ACCL0431, have been published in the early online edition of Lancet Oncology.

“This federally-funded, cooperative group study is the first to show that cisplatin-induced hearing loss can be reduced by about half in children and adolescents being treated for cancer,” said David R. Freyer, DO, MS, director of the Survivorship & Supportive Care Program in the Children’s Center for Cancer and Blood Diseases at Children’s Hospital Los Angeles, who was lead author and chair of the study. “It is an important step toward developing a safe and effective strategy that will greatly improve quality of life for cancer survivors.” Freyer is also professor of Clinical Pediatrics and Medicine at the Keck School of Medicine of USC.

Cisplatin is a chemotherapy medication widely used to treat a variety of cancers in both adults and children. Although effective, cisplatin frequently causes permanent hearing loss and tinnitus (ringing in the ears), resulting in functional disability for patients who receive it. For young children in particular, hearing loss is especially serious because it results in impaired language development, learning and social interactions.  Preventing ototoxicity, while preserving chemotherapeutic efficacy, has been a long-standing goal of physicians, scientists, parents and survivors. Historically, there have been no proven treatments for preventing cisplatin-induced hearing loss tested under the rigorous conditions of ACCL0431. Without otoprotection, the only way to prevent hearing loss is to delete or decrease cisplatin doses, which could render the cancer treatment less effective.

In ACCL0431, 125 eligible participants between the ages of 1 to 18 years with newly-diagnosed cancer were enrolled over a 4 year period. The cancer diagnoses were hepatoblastoma, germ cell tumor, medulloblastoma, neuroblastoma, osteosarcoma, or other cancer types treated with cisplatin.  Study participants were randomized to receive sodium thiosulfate or observation (control) during their chemotherapy. Their hearing was assessed at baseline, following completion of the chemotherapy regimen and 1 year later.

The investigators reported a significant reduction in the incidence of hearing loss in participants who were treated with cisplatin and sodium thiosulfate (29%) compared to those who received cisplatin alone (56%).  The greatest benefit was seen in children younger than 5 years of age, who are most susceptible to, and also most affected by, cisplatin-induced hearing loss.

This research was supported by the Children’s Oncology Group and the National Cancer Institute of the National Institutes of Health (UG1-CA189955 and U10-CA095861).