What Is the Role of the Neonatal Ross? 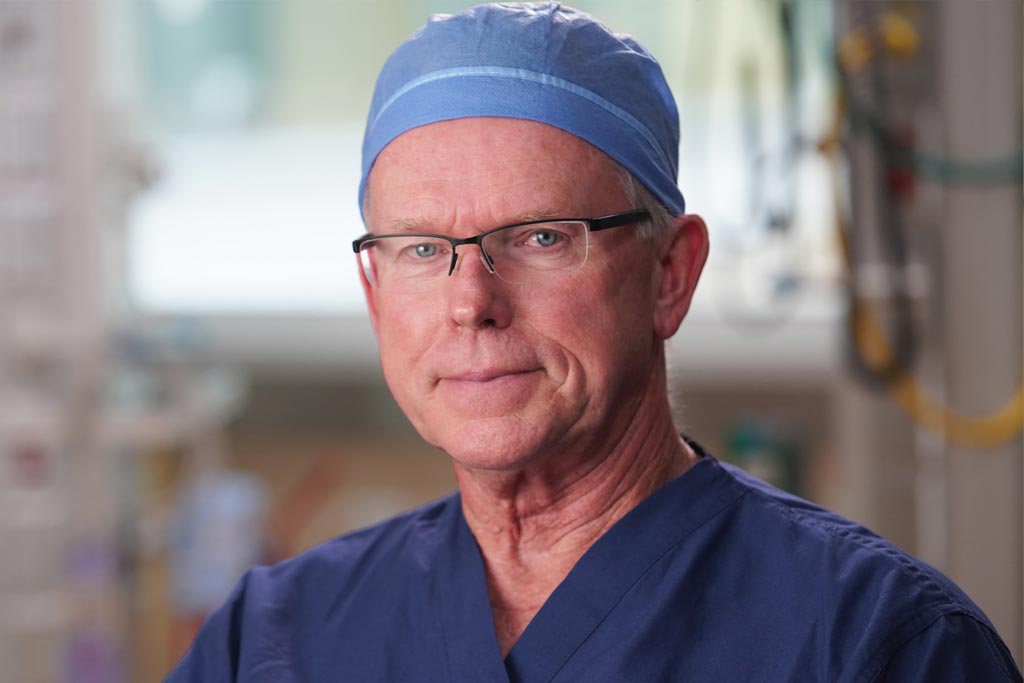 The study represents the world’s largest single center experience with the Ross procedure in this young subset of patients. Its findings demonstrate that the Ross has excellent long-term durability and identify the key pre-operative risk factors that must be weighed prior to proceeding with a Ross operation. Such information will help surgeons optimize future outcomes.

Below, Vaughn Starnes, MD, Co-Director of the Heart Institute and senior author of the study, talks about the findings—and why he believes the Ross remains the best procedure for children, including neonates, who need aortic valve replacement.

What is your view of the Ross procedure in children?

It offers patients the opportunity to have a replacement aortic valve that is their own valve: the pulmonary valve. The benefit is that this valve can grow with the child over time. That obviously does not occur with other human or prosthetic valves that are available.

You also avoid the need for anti-coagulation, so the child doesn’t have to be on a blood thinner. And it provides, as far as we can tell, better survival rates than prosthetic valves. There have been a couple of studies recently showing that, followed out over 20 years, patients who had prosthetic aortic valve replacements had 15% to 20% lower survival rates than the general population, age-matched. The Ross does not show that. Survival does not drop off.

What is the approach for neonates?

For neonates with very critical aortic stenosis, the first approach is usually a balloon valvuloplasty, which is done in the Interventional Catheterization Program. That typically buys us some time. In babies who then have aortic regurgitation after that procedure, they will usually have to have something done within the next two to three months.

So what are the options at that point? There are no other good options. It’s hard to get an adult valve into that baby, if not impossible. So we think the Ross is really the only procedure for the neonate. Usually the child’s pulmonary valve is in one or two sizes of a match for the aortic valve. The size match is a real advantage for the Ross in neonates.

Are there any drawbacks?

It’s a technically demanding operation, and only a few centers in the country and world can do it in a neonate. It’s also associated with reasonably high mortality, especially in a complicated neonate. There are institutions out there that would never do a Ross. They would put a mechanical valve in the child and call it a good outcome because the valve could last 10 or 15 years.

But as I cited earlier, a mechanical valve can limit a child’s life expectancy. You also have the potential complications of giving a blood thinner. I think it changes the child’s childhood. Do parents let their child who is on warfarin play on the swings or the jungle gym?

In that way, the Ross really does give back the child a childhood. For all practical purposes, after the surgery has been completed, the child no longer has aortic valve disease.

But in our patients, we’re not finding that. Dr. Cleveland just presented our review of our infant and neonatal Ross patients. We have a 96% success rate for the aortic valve holding up. I don’t think you can say that about any mechanical valve replacement.

In your study, what factors influenced Ross outcomes for infants and neonates?

The highest risks for mortality were in babies younger than 3 months of age who also had other anatomic pathology outside of aortic valve disease, especially interrupted aortic arch with ventricular septal defect or the presence of Shone’s complex.

Among non-survivors younger than 3 months, we also saw significantly higher rates of mitral pathology, lower weights at the time of the Ross and higher rates of iatrogenic aortic insufficiency after balloon valvuloplasty. We believe the Ross is an excellent repair for infants and neonates, but for these highest-risk patients, it may be best to rethink the initial management strategy.

Is the Ozaki procedure an alternative to the Ross?

In our opinion it is not. We are looking at the Ozaki as an alternative in patients who don’t have a pulmonary valve. For example, in patients who are born with a truncal malformation, where we have to separate the aorta from the pulmonary artery, the truncal valve becomes the aortic valve. And if it fails, there’s no pulmonary valve to use as a replacement. So you can’t do a Ross.

We do have experience with leaflet replacement techniques here at Children’s Hospital Los Angeles. Our concern is the valve leaflets are made of pericardium, and in the pediatric population it tends to calcify or shrink pretty quickly. We believe there is a role for this procedure in appropriately selected patients. However, the durability of the leaflet replacement material is still yet to be determined.

Why has the Heart Institute had so much success with surgeries in the most complex neonates?

I’ve said this many times: One surgeon does not make a cardiac program. It’s an enormous team effort. At the Heart Institute, in addition to our seven congenital heart surgeons, we also have cardiologists, anesthesiologists, nurses, nurse practitioners, critical care physicians, hospitalists, perfusionists and more—all dedicated to pediatric cardiac patients.

About 25% of our patients are neonates, and a large portion of those are extremely complex cases. And yet, our mortality rates are two-thirds of what is predicted for the complexity of surgeries we perform. That’s why we’re ranked No. 3 in the country. It takes all of us working collaboratively to achieve these excellent outcomes for children and their families.