Significant progress has been made in understanding the genomic changes associated with autism spectrum disorder (ASD); however, existing data has largely been obtained from European (EUR) ancestry populations with substantial access to early diagnosis and management and subsequent improved neurodevelopmental outcomes. Comparatively, many populations that are not of European ancestry experience limited access to clinical care and research opportunities. This has created major gaps in understanding the clinical, genetic and socioeconomic contributors to ASD in these groups. These confounding factors necessitate use of innovative strategies for normalization across populations, as well as population-optimized tools to avoid gross misestimations when comparing genomic etiologies. Our long-term goal is to integrate early genomic and behavioral testing to drive timelier ASD diagnoses for all children.

Hispanic populations are under-represented in ASD research. Our laboratory is performing deep neurodevelopmental and physical phenotyping, combined with whole genome sequencing (WGS), to better understand the interrelatedness of neurodevelopmental and genetic features of ASD in Hispanic children. This work is being facilitated by the Los Angeles area population of 4.8 million Hispanic individuals. We are using a novel normalization strategy (morphology findings which are not influenced by healthcare access and occur at similar rates across ancestral groups) to accurately compare the ancestral basis for genetic causes of ASD in Hispanic and European populations.

Hispanic communities represent the world’s largest recently admixed population with European, Native American and African contributions. We are using novel tools to study the ancestral-specific genomic segments that make a child more susceptible to developing ASD. We are also exploring ways to improve the identification and interpretation of genetic variation in individuals who are not of European ancestry.

Assessing ancestral haplotype contributions to the development of ASD in Hispanic children from the Los Angeles area: Hispanic people represent the world’s largest, recently admixed population. Hispanic populations are very ancestrally diverse and are primarily two or three-way admixed, comprised of European, Native American and African genomic contributions. This significant admixture provides a unique opportunity to identify ASD-relevant loci. Many Hispanic families residing in LA have high Native American contribution to their genomes and this specific Hispanic group has not been part of the large-scale ASD genomic efforts. We hypothesize that ASD-affected children with Mexican and Central American geographical origins harbor conserved Native American haplotypes upon which novel ASD pathogenic variants reside.

Optimizing variant identification and interpretation for Hispanic children with ASD using improved reference genomes: The field of genomics has largely relied on a single reference genome (currently GRCh38) to identify genomic changes of medical relevance. DNA reads are aligned to the reference genome and variants are identified that differ from it. This approach has well recognized limitations for variant calling, particularly in non-European ancestry populations. Graph genomes, derived from a population of individuals, are a complementary reference genome strategy now being implemented to address the lack of diversity in GRCh38. We are using these to increase the rate of variant identification in Hispanic children and to help illuminate the role of missing, ancestry-specific genomic variation in ASD.

To apply for a position in the laboratory as a post-doctoral student, please contact: fernandezlab@chla.usc.edu

To participate in our autism genomics study, please contact the study coordinator at: kpgonzalez@chla.usc.edu 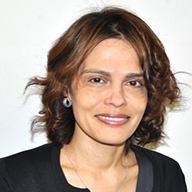