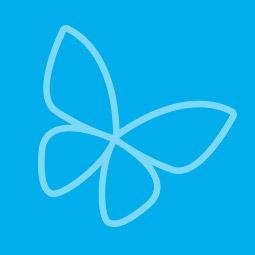 I began my career in the developmental disabilities field developing model programs directed at addressing barriers to full community inclusion for individuals with intellectual and related disabilities.  The last twenty years of my work has focused almost exclusively on strengthening the parent and consumer voice in systems reform, and on understanding and addressing disparities in services for individuals with DD and their families from culturally and linguistically diverse groups.

Beginning with black infant mortality research at Charles Drew Medical School in the 80s, my most recent work focused on increasing the representation of Hispanic families in bio-medical research on Autism Spectrum Disorders with Dr. Clara Lajonchere, Vice President of Clinical Programs for Autism Speaks and Research Clinical Professor at the University of Southern California Viterbi School of Engineering and community partner Irene Martinez, Executive Director of Fiesta Educativa.

Our two NIH grants have documented the social and scientific benefits of collaborating with minority community-based organizations to engage Hispanic families with one or more children with ASD in bio-medical research.  While our focus was on Autism in these two projects, our methodology has potential applicability to human subject research on any disorder where there is a need to increase the participation of underrepresented racial and ethnic groups.

Autism is a complex lifelong neurodevelopmental and behavioral disorder that manifests in infancy or early childhood. Although the causes of autism and Autism Spectrum Disorders (ASD) remain unknown, the evidence suggests that genetic and environmental effects contribute to ASD susceptibility.  In the last decade alone, there has been an explosion of genetic research in autism, including several large-scale whole genome scans that are starting to highlight different inheritance patterns for families with a single affected child as compared with families with multiple affected children.  While ASDs are a global health problem, the majority of these findings have been described in Caucasian populations.  Consistent replication of linkage findings and the incorporation and validation of candidate genes into plausible biological hypotheses have eluded us in these populations using conventional genetic models.  Differences in culture, socioeconomic status, environmental exposures, access to health care and other factors may influence the underlying genetic architecture of ASD and lead to alterations in prevalence and clinical severity. Thus, much can be learned about autism by studying mediating environmental factors and genetic variants in ethnically diverse populations.

In 2002, the NIH recognized that the nation’s investment in scientific discoveries was not changing the lives of people and launched the Public Trust Initiative to increase the public’s understanding of and trust in the research funded by the NIH (especially people from underrepresented racial and ethnic groups).  In 2008, a proposal submitted by Clara Lajonchere, Vice President for Clinical Programs for Autism Speaks and Research Clinical Professor at the University of Southern California Viterbi School of Engineering and me was one of 37 Partners in Research grants funded under the Public Trust Initiative and focused on generating new knowledge related to culturally sensitive inclusive research practices, with the specific goal of increasing the representation of Hispanic families in biomedical ASD research.  We then received a second Partners in Research Translational Science ARRA grant focused on distilling published biomedical research articles on ASD into consumer-friendly Science Briefs and disseminating them to Hispanic families with one or more children with ASD.

These two overlapping 2-year NIH Partners in Research grants provided a 3-year window to develop, refine, scale-up and evaluate the scientific merit of the Community Research Ambassador as a cultural bridge between biomedical researchers studying Autism Spectrum Disorders (ASD) and Hispanic families with one or more children with ASD.  Three hypotheses were tested across these two projects:

Hypothesis 1: Perceived barriers to participation in bio-medical research for underrepresented Hispanic families with children with ASD are partially related to an incomplete understanding of research, how it can benefit people, and a lack of experience with research.

Hypothesis 3: The addition of trained Hispanic Community Research Ambassadors within a Minority Community Based Organization to research teams will facilitate gaining entry into the community of underrepresented Hispanic research subjects, lead to high ascertainment rates, increase the likelihood of a positive research experience for subjects recruited, which when repeated over time will have a positive effect on future participation in bio-medical research on ASD.

Findings from these two projects provide preliminary but promising evidence that an academic/community partnership is an effective vehicle to increase the involvement of Latino families in biomedical research in Autism.  While not definitive, the evidence we have collected suggests that lay community workers trained as Community Research Ambassadors can be effective representatives of a research project in recruiting subjects who have little experience with research and in assuring high levels of consistent subject participation in multi-event research activities.  Because CRAs were indigenous to the communities from which subjects were recruited (ethnically, linguistically, socioeconomically and experientially), they had “funds of knowledge” related to the physical and social environment of the targeted population and contextual knowledge of the problems and experiences of the targeted group, which informed the cultural sensitivity of our research practices, and in turn led to 55% ascertainment rates and over 95% participation rates of 86 subjects in all of the project’s intervention and research activities.

We also learned that gaining entry to the community was facilitated by the researcher’s association with a trusted community-based organization and the CBO’s willingness to embark on a new area of community service based on the trust the CBO had in the researchers affiliated with this project.  In addition, barriers to participation in bio-medical research on ASD could be mediated by increasing subjects’ understanding of what is in published biomedical research articles on ASD and how bio-medical research on ASD could benefit their child or their family.

Finally, we have preliminary evidence to suggest that repeated positive research experiences in a culturally supportive environment will have a positive effect on future research participation behavior.