Leading a unique, collaborative research study with scientists across the globe, investigators at the University of Cambridge and Children’s Hospital Los Angeles have pinpointed a set of molecules that wire the body weight center of the brain.

In a study published January 17th in the journal Cell, Sadaf Farooqi, PhD, FRCP, FMedSci, of the University of Cambridge and CHLA’s Sebastien Bouret, PhD led research teams to uncover key genes that guide the process of brain development.

“We know that the brain, in particular an area called the hypothalamus, has a very important role in the regulation of food intake and blood sugar,” explains Bouret, who is also an associate professor of pediatrics at the Keck School of Medicine of USC. Researchers have focused on the hypothalamus for years in an effort to study the epidemic of obesity, which affects nearly 14 million children and adolescents in the United States. “What we don’t yet understand,” he says, “is how these circuits in the hypothalamus are being organized. We want to know how the brain puts itself together and what exactly governs that process.” Understanding this is key because circuits must be established properly in order for the brain to ultimately perform complex functions like maintaining proper weight.

Why do certain brain cells connect to one area while specifically avoiding other, nearby cells? Bouret’s laboratory investigates how this precise  wiring is achieved. Understanding how brain cells in the hypothalamus form these specific, complex connections – and how this process can be  adversely affected – could provide insight into the development of childhood obesity. 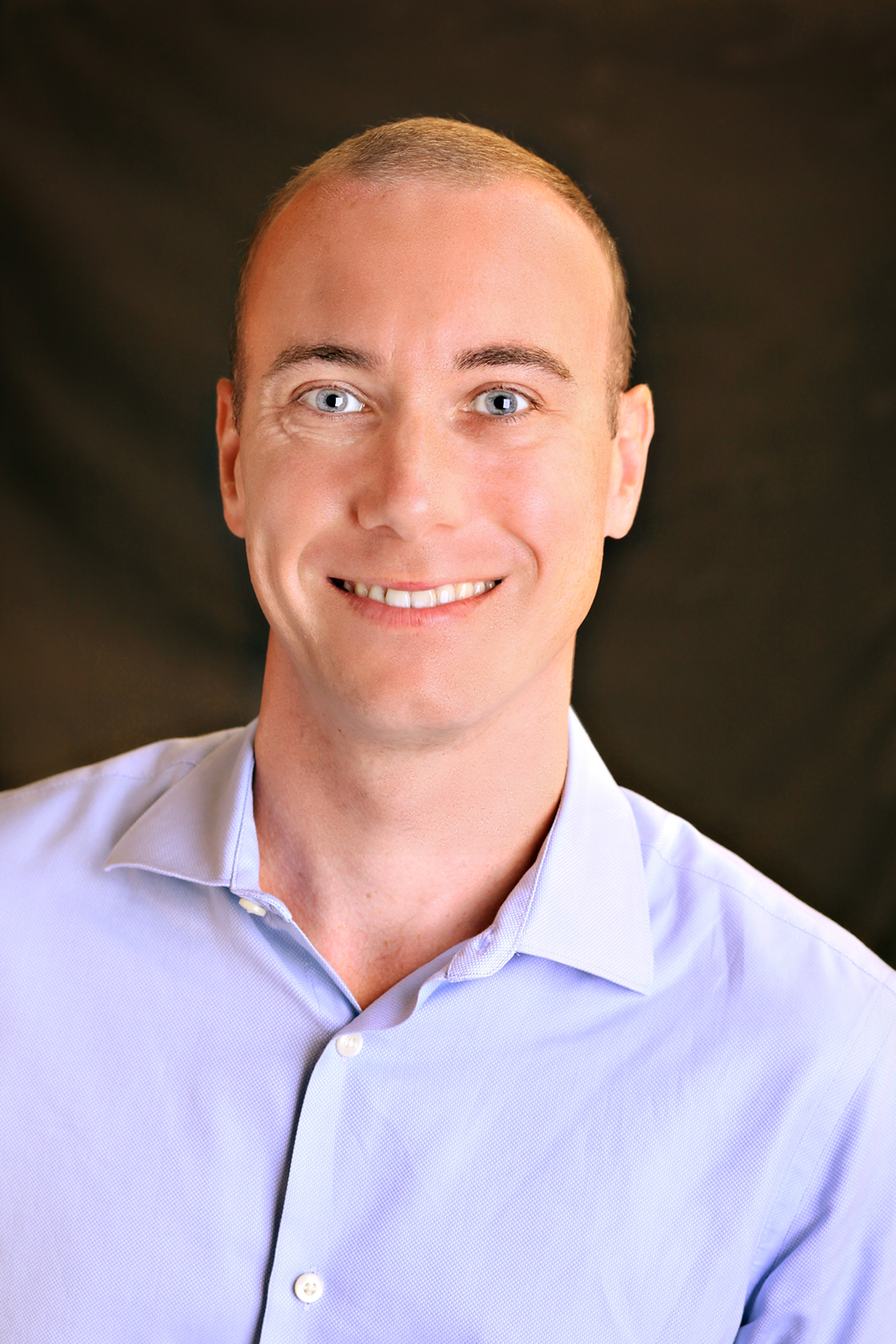 Bouret studied a group of molecules called semaphorins, which are found in abundance in the developing hypothalamus. Brain cells release  semaphorins to communicate with other brain cells. These messages act as a sort of road map, guiding cells towards or away from other cells. But  what happens to the brain when that road map is no longer functioning properly? Dr. Sophie Croizier, who led the study in Bouret’s lab, blocked  semaphorin signaling in cells of the hypothalamus. She discovered that brain cells no longer grew the way they were supposed to, showing that  semaphorin provides an essential map for them to follow. In addition to connections failing to establish, loss of semaphorin action in a preclinical  model also caused elevated body weight. “What we are seeing is that semaphorins are guiding and shaping development of hypothalamic circuits  that ultimately regulate calorie intake,” explains Bouret.

But the story does not stop here.

Professor Farooqi from the University of Cambridge was also analyzing genetic information from individuals with obesity.  Farooqi’s team tested 1,000 DNA samples and found that individuals with early-onset obesity had more rare mutations in genes involved in semaphorin signaling than healthy individuals.  The finding that people with obesity have rare mutations in semaphorin signaling shows that semaphorins are important in maintaining healthy body weight. “We have now discovered the genes that establish the precise neural connections that form these circuits,” says Dr. Agatha van der Klaauw, who led the study in Farooqi’s lab and is co-first author on the paper. “This work provides new insights into the development of hypothalamic circuits that regulate appetite and metabolism.”

This multifaceted study reveals a much clearer picture of what occurs in the developing brain. Semaphorin signaling appears to shape the physical architecture of the brain and influence circuitry governing body weight.

This work was supported in the UK by the Wellcome Trust, NIHR Cambridge Biomedical Research Centre and Bernard Wolfe Health Neuroscience Fund and in the US by the National Institutes of Health.

Children's Hospital Los Angeles has been ranked the top children's hospital in California and sixth in the nation for clinical excellence by the prestigious U.S. News & World Report Honor Roll. The Saban Research Institute at CHLA is one of the largest and most productive pediatric research facilities in the United States. CHLA also is one of America's premier teaching hospitals through its affiliation since 1932 with the Keck School of Medicine of the University of Southern California. For more, visit CHLA.org, thechild health blog and the research blog. 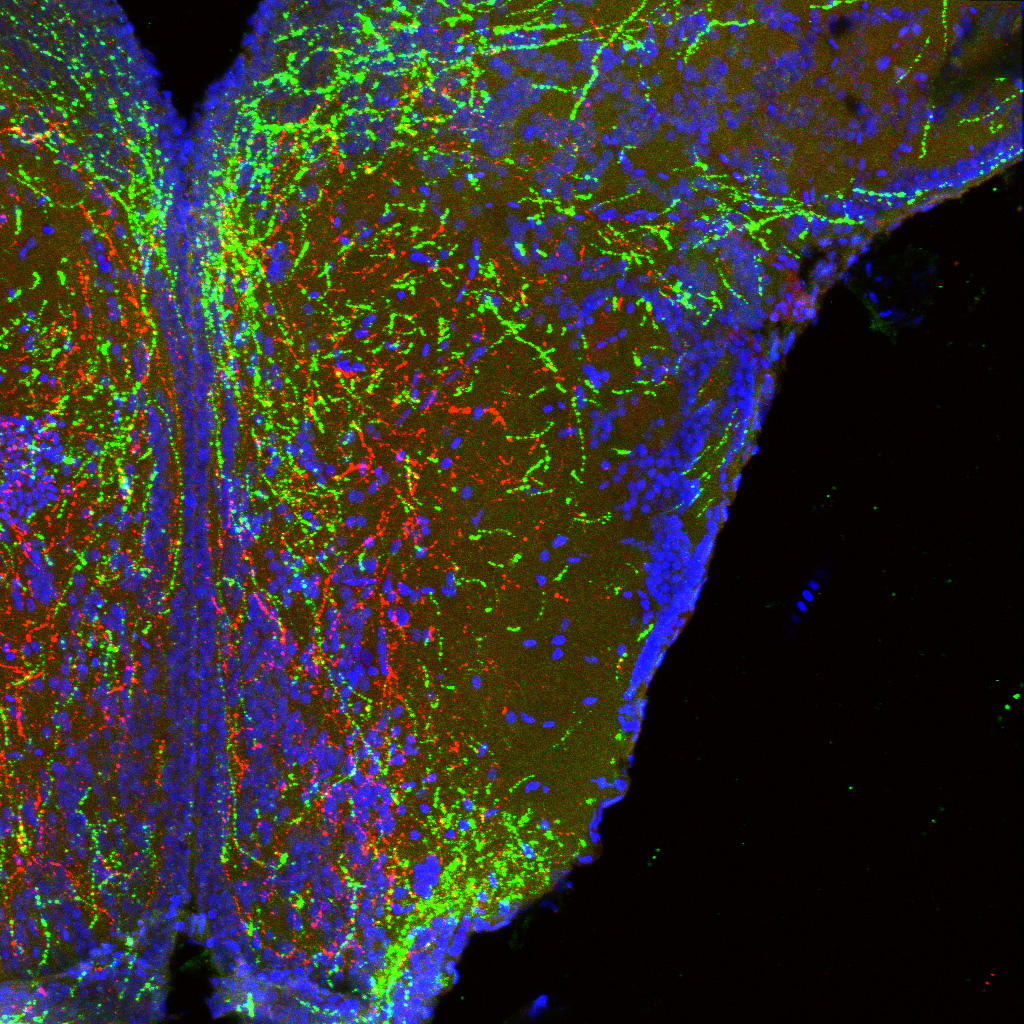 Fluorescent image of the hypothalamus. Long, wire-like projections of neurons in the hypothalamus that form body weight circuits appear red and green. Cell bodies from one area of the hypothalamus (bottom of image) branch up to another. Note that these cells specifically avoid some areas (appearing dark in the image) to seek proper targets. Image courtesy of Dr. Bouret