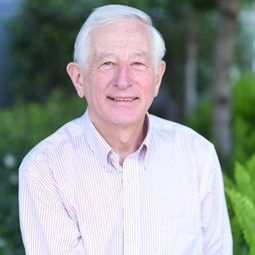 Many factors affect cancer treatment outcome, such as the size and location of the tumor, availability of effective treatments, and timing of intervention. But some cancers are so aggressive that outcome is poor, even after early diagnosis and chemotherapy. Researchers have focused their attention on trying to understand what makes some cancers less treatable than others. Now, researchers at Children’s Hospital Los Angeles reveal a mechanism by which some cancers trick healthy cells into protecting tumors.

Yves DeClerck, MD, of the Children’s Center for Cancer and Blood Diseases and the Saban Research Institute at Children’s Hospital Los Angeles, has dedicated his career to understanding how cancer cells interact with the surrounding normal tissue to escape the effects of therapy.  Research has shown that tumors with high levels of a protein called Plasminogen Activator Inhibitor 1 (PAI-1) are more aggressive and are associated with poorer outcomes. In the new study, published November 20th in the journal Cell Reports, DeClerck’s team demonstrated that cancer cells use PAI-1 to trick the body’s immune system into supporting the cancer.

“A macrophage can either be a friend or an enemy to cancer cells,” explains DeClerck, who is also a professor of pediatrics at the Keck School of Medicine of the University of Southern California. “The cancer communicates with the macrophages, telling them to become friendly. So, the macrophages change their behavior and support the tumor.” In altering the function of surrounding, healthy tissue, the cancer is better able to survive and spread.

The team around DeClerck also shows that cancer cells can use PAI-1 to promote movement of these pro-cancer M2 macrophages into the tumors, where they protect the cancer and repair any damage that chemotherapy may have inflicted. This symbolic one-two punch culminates in a stronger, more difficult-to-treat cancer.

DeClerck and his team have uncovered what appears to be a very common mechanism used by many cancers to commandeer part of the body’s immune system. In order to investigate how broadly this cellular communication could impact cancer treatment, DeClerck’s team studied the National Institute of Health’s Cancer Genome Atlas, a library of genetic information from more than 11,000 patient samples, and found that many different cancers have this relationship. “We looked at patient data from neuroblastoma and breast, prostate, colon, and lung cancers. Every time we see higher levels of PAI-1, we see more evidence of pro-cancer M2 macrophages,” says DeClerck.

This new understanding of just how PAI-1 communicates with macrophages to change their activity has the potential to alter our approach to cancer treatment since these findings are applicable to most types of cancer. “It is clear that the tumor microenvironment, including cells of the immune system, is crucial in cancer development,” explains Kubala.

While cancers vary widely in terms of location, treatment, and survival rates, their manipulation of macrophages represents a common thread, which is important for devising improved treatments for aggressive cancers. “Targeting PAI-1 could be beneficial in cancer,” DeClerck says, “but much more work needs to be done.” He cautions that the answer is not as simple as eliminating PAI-1, which is also made in healthy tissue and is an important part of the blood clotting process. But these results, which uncover a complete pathway of communication between tumors and macrophages, lay the foundation for a promising avenue of research.

Other authors in the study include Vasu Punj, of the University of Southern California, and Veronica Rae Placencio-Hickok, Hua Fang, G. Esteban Fernandez, and Richard Sposto, of the Saban Research Institute at Children’s Hospital Los Angeles.

Research was funded by NIH grant 5R01 CA129377 and by the TJ Martell Foundation (DeClerck).  Dr. Kubala is the recipient of a Research Career Development Fellowship of the Saban Research Institute at CHLA.  The DeClerck laboratory is also supported by the Richard Call Family Endowment for Pediatric Research Innovation, held by Dr. DeClerck.