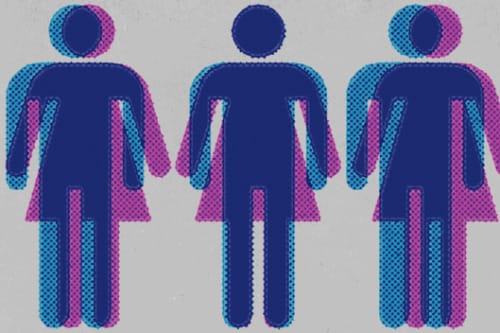 LOS ANGELES (July 21, 2015)--Johanna Olson, MD, and her colleagues at Children’s Hospital Los Angeles, provide care for the largest number of transyouth in the U.S. and have enrolled 101 patients in a study to determine the safety and efficacy of treatment that helps patients bring their bodies into closer alignment with their gender of identity. Baseline characteristics of these individuals have been published on July 21 in the Journal of Adolescent Health and include a significant finding: transgender individuals have sex hormone levels consistent with the gender they were assigned at birth.

“We’ve now put to rest the residual belief that transgender experience is a result of a hormone imbalance,” says Olson. “It’s not.”
The classification of “boy” or “girl” given to babies at birth—their assigned sex—is typically based on external genitalia. Transgender individuals have a gender identity different from the sex they were assigned at birth. The persistent distress and anxiety that may result from this dissonance is called gender dysphoria. Young people with gender dysphoria are seeking medical care at a younger age and in greater numbers than ever before.

Participants, who were 12 to 24 years old, identified a discrepancy with their gender of assignment on average at about 8 years of age but disclosed it to their families much later (17.1 years). Living with this “secret” for such a long period of time may have a negative impact on mental health. Thirty-five percent of participants experienced depression within clinical ranges. Over half of the youth reported having considered suicide and 30% had made at least one attempt.

“My goal is to move kids who are having a gender atypical experience from survive to thrive,” said Olson. “With this study we hope to identify the best way to accomplish that.”

Subsequent reports of this ongoing study will track the safety and efficacy of medical intervention as well as the impact of intervention on quality of life, high-risk behaviors, suicidality and depression.