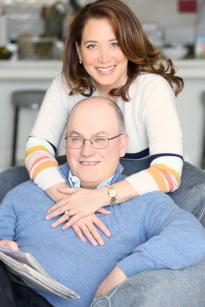 The gift supports care, research and training for largest unit of its kind in Southern California

LOS ANGELES – On behalf of their charitable foundation, investor Steven Cohen and his wife Alexandra have donated $3 million to Children’s Hospital Los Angeles (CHLA) in support of the hospital’s neonatal unit. In honor of the couple’s generous gift, the unit will be named the Steven & Alexandra Cohen Foundation Newborn and Infant Critical Care Unit.

“We are thrilled that the Steven & Alexandra Cohen Foundation has recognized CHLA’s excellence in specialized neonatal care and has given generously to support our program,” says Paul S. Viviano, president and chief executive officer at Children’s Hospital Los Angeles. “This gift fortifies CHLA’s mission and ensures that this most vulnerable patient population always receives the world class medical attention they deserve.”

“Quality medical care for our country’s children is crucial. Alex and I are honored to partner with and support the number one children’s hospital on the West Coast,” says Steven Cohen, co-founder of the Steven & Alexandra Cohen Foundation.

More than 600 critically ill newborn children are treated each year in the NICCU, a state-of-the-art 58-bed intensive care unit designed to address the needs of critically ill infants. The NICCU, ranked in the top ten in the nation by the 2016-2017 U.S. News & World Report Best Children’s Hospitals Survey, boasts a team of pediatric medical and surgical subspecialists (cardiologists, endocrinologists, neurologists, pulmonologists, nephrologists, hematologists and geneticists) and ancillary services that provide treatment across the full range of neonatal health issues that they face. The generous gift from the Steven & Alexandra Cohen Foundation will directly support leading edge medical care and research to improve the future of health care for neonates. In addition, it will support training for fellows who come to CHLA’s NICCU to learn the very best techniques for caring for these fragile patients.

“We treat neonates with the most challenging and complex medical and surgical conditions often associated with congenital malformations and complications of extreme prematurity,” explains Philippe Friedlich, MD, MBA, MSEpi, interim chief of the Division of Neonatology and director of the Center for Fetal and Neonatal Medicine.  “We are equipped with the latest technology and our staff members are trained in the newest treatment modalities to provide the highest level of neonatal care possible.”

Launched in 2001, the Steven & Alexandra Cohen Foundation has made landmark gifts to organizations that seek to directly provide better health services and education for the nation’s children. The Foundation’s involvement and support has helped create state-of-the-art facilities for children and increased their access to the highest quality medical care.  In the past 15 years, the Foundation has provided more than $151 million to organizations across the nation that provide health services and education for children.

Steven Cohen is the chairman and chief executive officer of Point72 Asset Management, an investment firm, located in Stamford, Connecticut. Alexandra Cohen is the Foundation’s president and manages its day-to-day operations. Her longtime commitment to philanthropic work began when she was a teenager and volunteered at a nursing home and a soup kitchen. On March 15, 2016, she was named one of the 50 Most Powerful Women in U.S. Philanthropy.

“Steve and I share the belief that children deserve the best when it comes to medical care,” she says. “We have made it our goal to form relationships with institutions that share our dedication to the betterment and welfare of our nation’s youth.”

Children's Hospital Los Angeles has been named the best children’s hospital in California and among the top 10 in the nation for clinical excellence with its selection to the prestigious U.S. News & World Report Honor Roll. Children’s Hospital is home to The Saban Research Institute, one of the largest and most productive pediatric research facilities in the United States. Children’s Hospital is also one of America's premier teaching hospitals through its affiliation since 1932 with the Keck School of Medicine of the University of Southern California. For more information, visit www.CHLA.org. Follow us on Twitter, Facebook, YouTube and LinkedIn, or visit the CHLA blog.