Worldwide disparities in vaccine effectiveness can be life-threatening for children 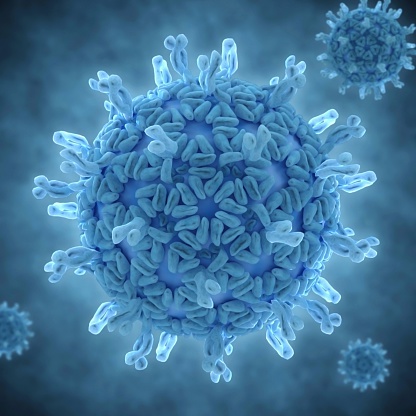 Los Angeles (September 21, 2020) — Rotavirus (RV) is an extremely contagious viral infection and the most common cause of diarrhea in infants and children worldwide. The World Health Organization reports that more than 215,000 children under the age of 5 die of a vaccine-preventable rotavirus infection each year. An RV vaccine, introduced in 2006, prevents 40,000 to 50,000 hospitalizations annually in the U.S. However, the existence of a vaccine hasn’t been as impactful in other parts of the world, particularly middle- and low-income countries. Pia Pannaraj, MD, MPH, a vaccinologist at The Saban Research Institute of Children’s Hospital Los Angeles, is Principal Investigator on a study into disparities of vaccine efficacy that recently received a five-year, $3.4 million research grant from Eunice Kennedy Shriver National Institute of Child Health and Human Development of the National Institutes of Health (NIH). “We want to ensure that children everywhere can get the most benefit from this vaccine,” she says.

The study team has a theory about what lies behind the disparities. Research data increasingly point to gut microbiota (microbes present in the large intestine) as playing a direct role in modulating immune response to the oral RV vaccine.

A pilot study at Children’s Hospital Los Angeles in 2017-18 followed 18 infants—nine in the U.S. and nine in Peru—for one year to gauge their response to the RV vaccine. Investigators found that patients who responded had a greater abundance of helpful gut flora in their digestive tracts. “We know these differences exist in the gut microbiome,” says Dr. Pannaraj. “But we still need to identify how they lead to a different immune response.”

In the new NIH-funded study, a three-country research team will follow 360 infants from birth, in the U.S., Panama and Peru, where RV vaccine efficacy is high, medium and low, respectively. The investigators hypothesize that helpful microbes and their metabolites facilitate development of immune cells that will provoke a positive immune response to the vaccine.

Collaborating institutions include Universidad Peruana Cayetano Heredia in Lima, Peru, and The Gorgas Memorial Institute for Health Studies in Panama City, Panama, as well as La Jolla Institute for Immunology in San Diego.

Advanced genomic tools will be used to study gut microbiota and immune responses. To advance on existing rotavirus studies, researchers will be able to go beyond analyzing antibodies produced by the immune system to stop intruders from doing harm, to also analyze T-cells, the white blood cells that form an essential part of immune system defenses.

Their ultimate goal: to identify metabolites—small molecules involved in metabolism—that might serve as the basis for future supplements to optimize the effectiveness of the existing RV vaccine.