Gadolinium Deposition in the Brain Not Dose Dependent

Investigators at Children’s Hospital Los Angeles have determined that in children receiving gadolinium as a contrast agent to enhance MRI examinations, signal changes attributed solely to deposition of this material in the brain are not dependent on the amount of gadolinium administered but rather these changes are seen in association with other factors such as the presence of brain tumors and treatment using brain irradiation. Results of the study were just published in the journal, Radiology. 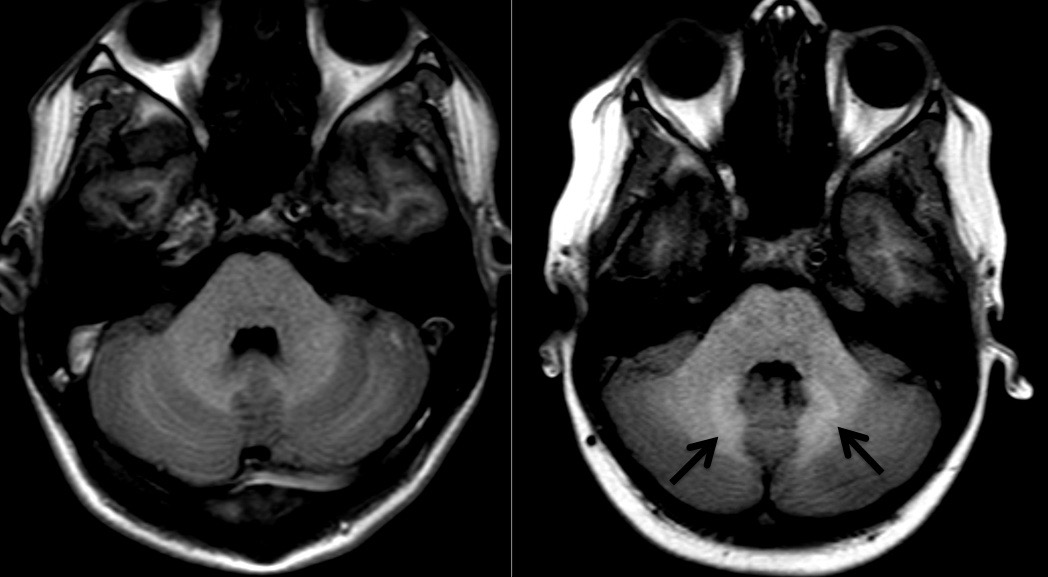 Gadolinium is used as a contrast agent to enhance the visibility of specific anatomic structures as well as to identify certain pathological conditions. MRI images are often described in terms of “signal intensity”, or the brightness of specific structures -- conveying information about the content of the tissue. In neuroradiology, MRIs are useful for identifying and monitoring brain tumors.

“In my practice, I was not seeing this phenomenon – MRI signal changes previously identified were not happening equally to patients receiving the same amount of gadolinium,” said Benita Tamrazi, MD, a neuroradiologist at Children’s Hospital Los Angeles and first author on the recently published study. “I saw increased MRI signal changes in the patients receiving radiation for brain tumors, independent of the dose of gadolinium.”

This observation led Tamrazi to undertake her own study of patients treated at CHLA between 2000 through 2015, who received gadolinium at least 4 times. The 145 evaluable patients were separated into groups – patients with primary brain tumors (structural changes) and patients with neuroblastoma without disease in the brain (no structural changes). The primary brain tumor group was further divided into the following treatment groups:

Tamrazi found that MR signal intensity changes presumed to be entirely secondary to gadolinium deposition in the brain were much more significant in patients who had primary brain tumors treated with radiation, independent of the dose of gadolinium they received. She suggests more research is needed to determine if brain tumor treatment with radiation enhances gadolinium deposition independent of the dose administered.

“There are a lot of unknowns regarding gadolinium deposition in the brain,” said Tamrazi. “Understanding that the process is not dose dependent and that other factors are at play, such as structural changes of the brain with tumors and radiation, will hopefully help us learn more about the underlying mechanism of deposition and ultimately identify any possible clinical implications of deposition.”

Additional contributors to the study include Marvin Nelson, Girish Dhall, Mary B. Nelson, Colleen Azen, Chia-Shang J. Liu and Binh Nguyen. This work was supported in part by Bayer Pharmaceuticals, the Clinical and Translational Research Scholars program of the National Institutes of Health-National Center for Research Resources.

About Children's Hospital Los Angeles
Founded in 1901, Children's Hospital Los Angeles is ranked the top children’s hospital in California and sixth in the nation for clinical excellence with its selection to the prestigious U.S. News & World Report Honor Roll. Clinical care is led by physicians who are faculty members of the Keck School of Medicine of USC through an affiliation dating from 1932. CHLA is home to The Saban Research Institute, one of the largest and most productive pediatric research facilities in the United States. For more information, follow us on Twitter, Facebook, LinkedIn and Instagram, and visit our child health blog (CHLA.org/blog) and our research blog (ResearCHLABlog.org).