Lee Helman, MD, of Children’s Hospital Los Angeles, is a founding members of a novel cancer consortium announced at the Biden Summit on Sept. 21, 2018

Former Vice President Joe Biden and Dr. Jill Biden hosted the national Biden Cancer Summit, on Sept. 21, to highlight the urgent need for creating transformative approaches to cancer prevention, research and treatment. One of the new initiatives announced was the formation of a consortium to advance research into effective treatments for patients with a type of cancer called Gastrointestinal Stromal Tumor (GIST) who do not respond to current standard treatments. 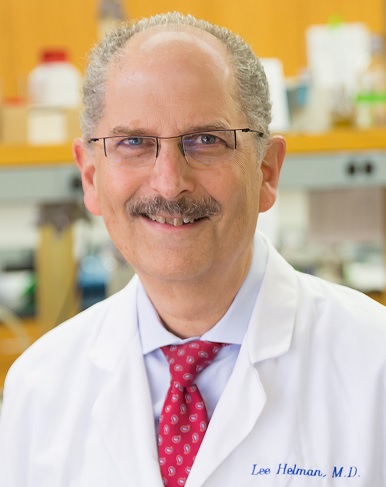 Lee Helman, MD, head of Basic and Translational Research within the Children’s Center for Cancer and Blood Diseases at Children’s Hospital Los Angeles, is a founding member of the newly formed, Pediatric and SDH-Deficient GIST Consortium. In 2008, Helman was responsible for the initiation of the first clinic devoted to pediatric patients with “wild-type GIST” who did not benefit from the treatment that had recently been found effective for most adult GIST patients. The vast majority of the patients who did not respond to treatment were determined to have a genetic mutation and subsequently identified as having SDH-deficient GIST tumors.  The initial clinic at NIH was supported by the Life Raft Group.

The Life Raft Group began as a group of patients and caregivers affected by GIST and has expanded to include advocacy, research and patient care. In order to incubate progress for this rare disease population, they now have formed the Pediatric and SDH-Deficient GIST Consortium, with the goal of identifying at least one effective treatment within three years as demonstrated by the initiation of clinical trials for these patients.

The initial focus of the Consortium will include creation of a platform for shared data to answer key questions, establishment of a tissue bank and guidelines for clinical stakeholders, and the generation of cell lines used to advance research. Access and outreach strategies will include training for community oncologists and educational webinars for patients and families worldwide.

According to Norman J. Scherzer, Executive Director of the Life Raft Group: “We have more than doubled progress for patients living with GIST with a major exception -- pediatric and SDH-Deficient GIST. That is our unfinished business: Nobody wants to lose any more children.”

Children's Hospital Los Angeles has been ranked the top children's hospital in California and sixth in the nation for clinical excellence by the prestigious U.S. News & World Report Honor Roll. The Saban Research Institute at CHLA is one of the largest and most productive pediatric research facilities in the United States. CHLA also is one of America's premier teaching hospitals through its affiliation since 1932 with the Keck School of Medicine of the University of Southern California. For more, visit CHLA.org, the child health blog (CHLA.org/blog) and the research blog (ResearCHLABlog.org).