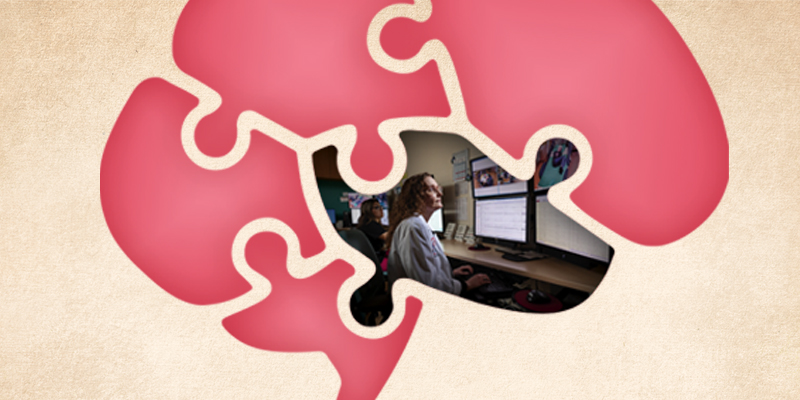 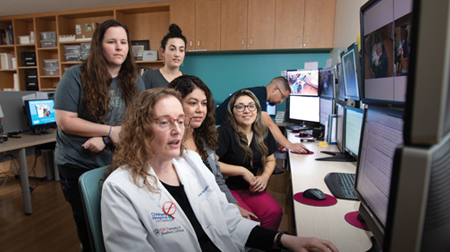 It is early Christmas morning, and 7-year-old Gracie and her twin brother, Jonah, are happily opening presents when their parents notice something odd. Gracie’s head shakes side-to-side and, for a few moments, she stares off into the distance, as if she has gone somewhere far away.

When her mother, Cynthia, asks Gracie what happened, she says, “Nothing, I was just being silly.” Only she wasn’t.

Almost immediately, the episodes started happening more often, as Gracie shook and “spaced out” for longer periods of time. “That’s when we realized something was really wrong,” says Cynthia.

The diagnosis came quickly, and the news was serious. Gracie had epilepsy—and the electrical storms in her brain that came with it. One of the most common neurological conditions, epilepsy affects some 50 million people worldwide; 1 in 26 people in the U.S. will develop epilepsy in their lifetime.

Finding the right treatment would take longer, as the family saw a round of doctors and Gracie started a cycle of medications. Not only did the drugs fail to stem her seizures, “the side effects were astronomical,” recalls her father, Geoff. 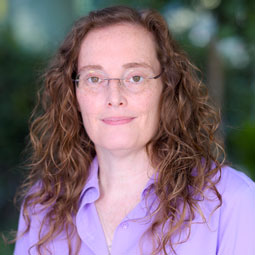 Gracie—distraught, sobbing—would often hide in her closet. “My brain hurts,” she told her parents. Her grades at school slipped and she sometimes lashed out. Then a physician shared with her parents, “I don’t think I can help you, but I know someone who can.”

That someone was Deborah Holder, MD, Director of the Comprehensive Epilepsy Center at Children’s Hospital Los Angeles—where a revolution in the treatment of childhood epilepsy is underway, thanks to genetic research.

The multidisciplinary team takes an aggressive approach to treating epilepsy because children’s brains are still developing. “This is the time when you learn how to learn,” says Dr. Holder. “If you can stop seizures in a child, you change their whole life.” 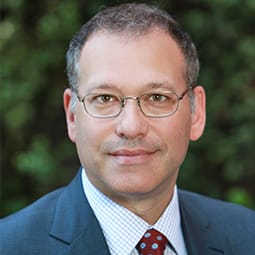 “The brain is very plastic and adaptable in children, which gives us the opportunity to intervene early and make a difference,” notes Mark Krieger, MD, Surgeon-in-Chief, Senior Vice President, Director of the Neurological Institute and the Billy and Audrey L. Wilder Endowed Chair in Neurosurgery.

The explosion in genetic science is just one of the reasons for the tremendous growth of the Institute, which is ranked in the top 10 in the nation by U.S. News and World Report. The Institute’s guiding principle is a commitment “to ensure all children can achieve their full neurological potential,” says Dr. Krieger.

Gracie was having 60 to 65 seizures a day. About two-thirds of people with epilepsy can control it with medication. Gracie fell into the one-third who are drug-resistant.

The first step: video electroencephalographic monitoring (EEG). At CHLA, children being tested for epilepsy can wear portable battery packs and leave their hospital beds for a special “wired” playroom where their brain waves and seizures are continually monitored.

Gracie’s EEG showed an abnormality in her brain and a possible seizure source. The end game, at that point, was brain surgery. But before taking that route, Dr. Holder decided to delve into Gracie’s genes.

This involved collaborating with the Center for Personalized Medicine (CPM) for high-level genetic testing. The CPM rapidly initiated testing to analyze Gracie’s DNA with a panel of nearly 200 genes discovered through research to be associated with epilepsy.

The disease is complex in part because it has many potential causes—including prenatal injury, infection, head trauma, brain tumors and developmental disorders—but in up to 70% of cases, the cause is unknown. Dr. Holder thinks most, if not all of those, have a genetic basis. 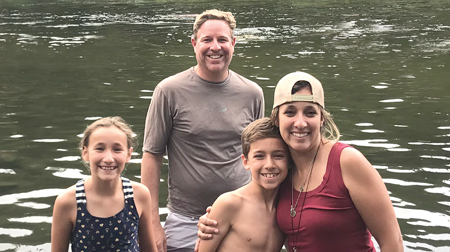 Gracie with her parents, Geoff and Cynthia, and twin brother, Jonah

Testing can tell the doctors a great deal, including which medicine may work and which won’t. “Genetics is a game changer,” says Dr. Holder. “It is transforming how we care for our patients. Instead of treating based on EEG or seizure type, whenever possible we treat based on genetics, allowing us to personalize the care.”

So far, the Comprehensive Epilepsy Center has diagnosed hundreds of children like Gracie using an epilepsy genetic panel developed at the CPM. In Gracie’s case, DNA told the story. She had a genetic condition called glucose transporter type 1 deficiency (GLUT1), in which sugar can’t get from the blood to the brain. Her brain essentially was starving for energy.

More testing revealed that her dad had the same gene mutation. While he never developed epilepsy, he had coped with lifelong migraines. (Gracie’s twin, Jonah, does not have the disorder.)

There is no cure. Fortunately, for some people with GLUT1, a strict ketogenic (high-fat, very low-carbohydrate) diet will help control symptoms. Putting babies on the keto diet can eliminate the disease, says Dr. Holder. Under the guidance of a CHLA dietitian, Gracie began a restricted diet of 30 grams of carbohydrates per day. Within days, her seizures dropped by 90%. Adhering to a more severe 20 grams of carbs a day brought even fewer seizures. 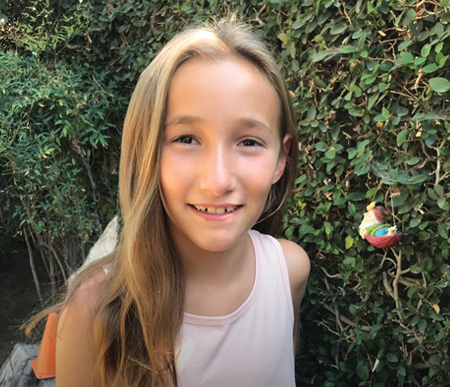 Gracie is back! Her seizures are now controlled by her diet.

The diet isn’t easy to follow, especially for a 12-year-old. Gracie wants to be like her friends, who can eat cookies, chips and birthday cake. Cynthia is always on the hunt for new ketogenic recipes, and she’s gone on the diet with Gracie.

“We were so close to having brain surgery on our daughter,” says Geoff. “This may be hard, but it’s so much better.”

Research will find the answer for the treatment of GLUT1. The ultimate goal is to fix the abnormality with gene replacement. Gracie may still need surgery someday. For now, her diet is her primary medicine, and the treatment is lifelong.

Best of all, Gracie is smiling again. She lost her brain fog and her grades shot up. “It makes a big difference in school,” says Gracie, “and in being with my friends.” She has returned to playing soccer. And she can enjoy reading without constantly losing her place because of seizures.

“It’s like the real Gracie woke up,” says her mother, “and came back to us.”

A New Standard of Care

Inside the Center for Personalized Medicine (CPM) at Children’s Hospital Los Angeles, the mission is clear: capitalize on sophisticated genetic information to develop personalized solutions for sick kids, based on their DNA. Forty percent of patients have an underlying genetic cause for epilepsy. For these patients, genetic testing can often reveal the best approach for treatment. 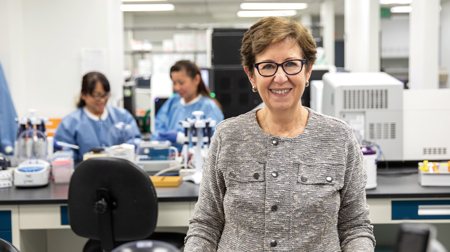 “Genetic testing is rapidly becoming the standard of care,” says Jaclyn Biegel, PhD, FACMG, Chief of the Division of Genomic Medicine and Director of CHLA’s Center for Personalized Medicine.

She and her colleagues at the CPM had debilitating diseases like epilepsy in their sights as they and their collaborators brought together a powerful triumvirate of genetic sequencing, bioinformatics, and clinical and diagnostic expertise.

“We wanted to build a comprehensive foundation and approach to genetic testing,” says Dr. Biegel of the 4-year-old Center.

That foundation includes whole-exome sequencing, where laboratory scientists analyze the protein-coding sections of DNA contained in genes; this is where the majority of DNA changes that may cause a genetic disorder are found. The revolution in next-generation sequencing enables the sequencing of thousands to millions of DNA molecules simultaneously. Ten years ago, scientists had to decode one gene at a time.

This leading-edge technology enables genetic scientists to capture and analyze all the known genes that may be responsible for a condition like epilepsy. Genetic testing is not as simple as one gene or gene variation and one disease, notes Dr. Biegel.

Two people with the same genetic variation in the same family can be affected in dramatically different ways—from a mild set of symptoms to severe effects. One gene can play a role in multiple disorders, or multiple genes may contribute to one condition. “One of the major trends we’re seeing is a focus on polygenic conditions, caused by the combined activities of more than one gene,” she says.

That complexity adds to the urgency for scientists to identify which mutation (or combination) is most influential in every case.

The genetics of epilepsy are constantly changing. Every month, research links another gene or variation to the disease. Dr. Biegel says, “We use these tools and evolving data to find new ways to treat each individual child.” 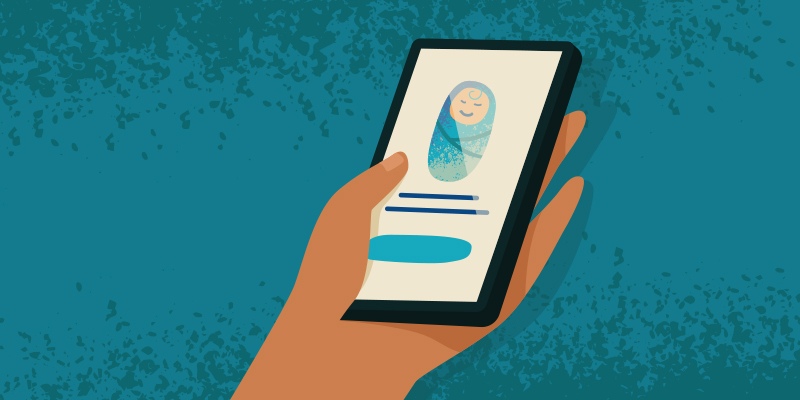 Creating the Next Generation of Scientists

Great scientists are not born. They’re cultivated. Read about the relationships behind the research.

Personalized Medicine and the Epilepsy Puzzle 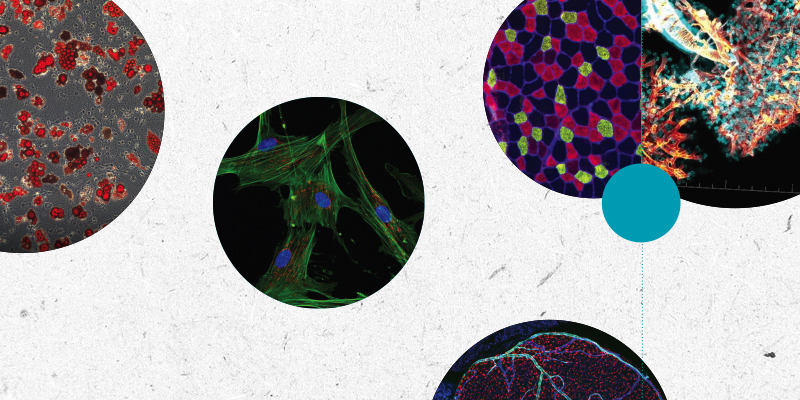 What is a Research Core, Anyway?

No scientist is an island. Research depends on shared technology and expertise. Read about how cores support and facilitate life-saving research. 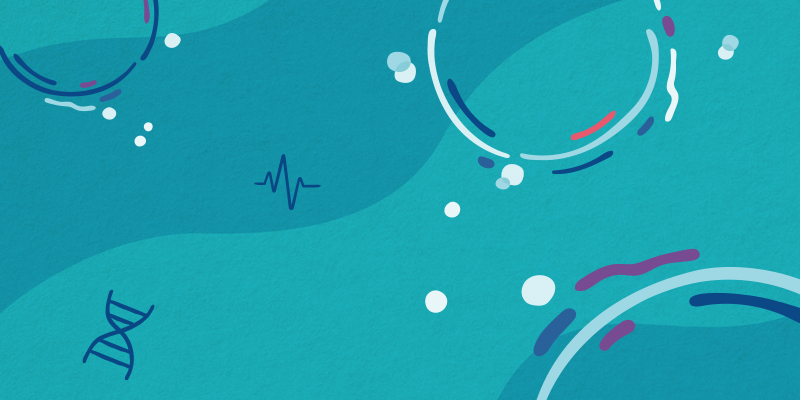 Our Science is Anything But Basic

Research is an ever-evolving loop, from lab bench to bedside and back again. Read about five driven investigators who conduct life-changing research that is anything but basic. 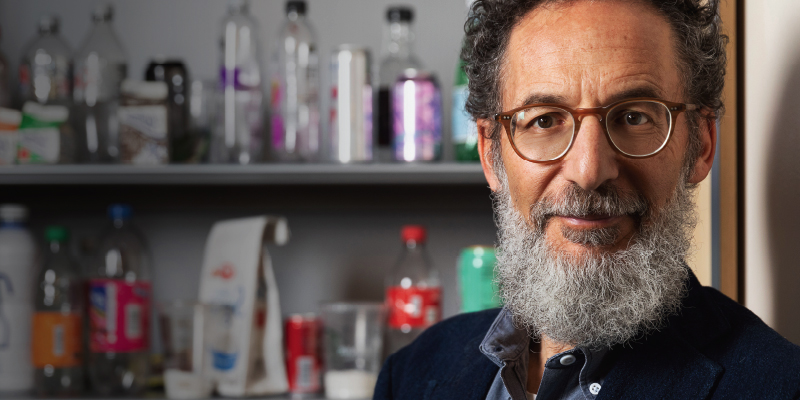 This is Your Child on Sugar

How sweets affect growth and development as early as in the womb. 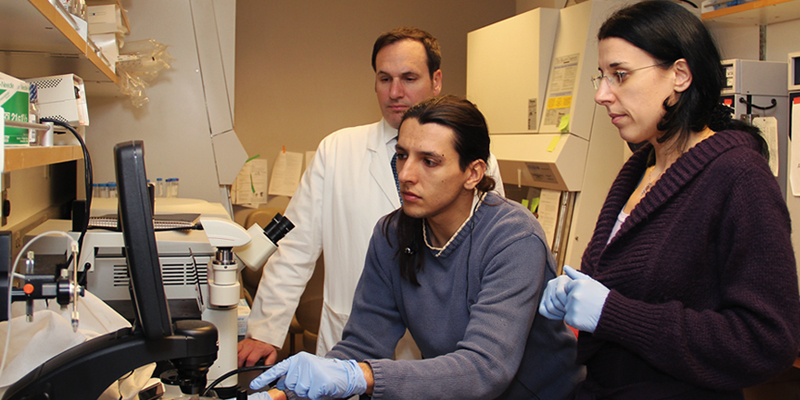