An atrial septal defect (ASD) is a hole in the wall (septum) between the two upper collecting chambers of the heart.

These holes may be of varying size and may be in any of several positions on the septum. The size of the defect and its location are factors which determine how serious the defect is with respect to the amount of strain on the heart and the degree to which blood crosses from one side of the heart to the other, causing a "flooding" of the lungs.

Patients with this lesion often have no symptoms, though they may have an increased incidence of lung problems. With time, however, the increased flow of blood to the lungs will cause irreversible damage.

The operation for ASD involves closing the hole, either by sewing its edges together or by placing a patch in the defect.

Coarctation of the Aorta

The leaflets do not control the blood flow properly, resulting in a right ventricle that is too small and a right atrium that is too large. There are varying degrees of severity of Ebstein’s anomaly, and there is usually an atrial septal defect. 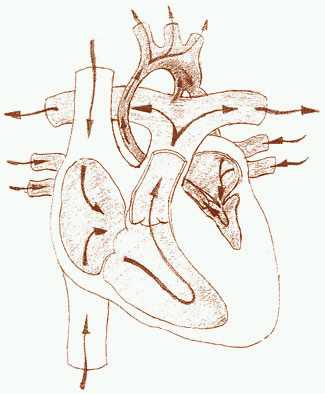 Surgical repair requires three stages to enable the single working chamber to do the work of two ventricles.

In rare cases, the staged approach cannot be performed on an HLHS heart, and a heart transplant is performed. 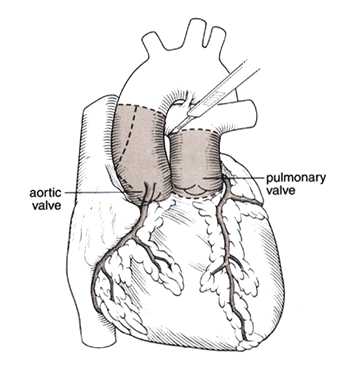 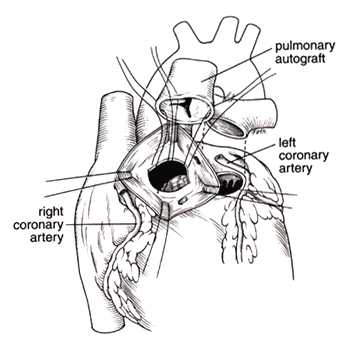 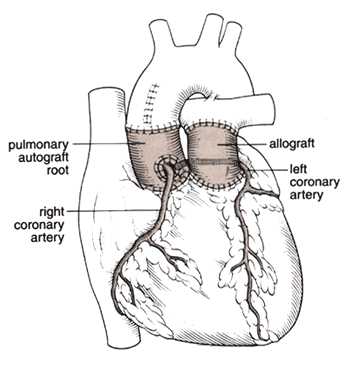 Longevity of the pulmonary autograft in the aortic position is superior to bioprostheses such as porcine valves, which tend to degenerate after only a few years in patients under 35 years of age. Furthermore, anticoagulation is not required as with mechanical valves. Thus, individuals can lead an active life without the risks associated with anticoagulation therapy. This is especially important for women of child bearing age needing aortic valve replacement, as anticoagulation is contraindicated in pregnancy.

The pulmonary valve and a segment of the pulmonary artery are excised. This pulmonary segment will later be placed in the aortic position replacing the diseased aortic valve.

The diseased aortic valve and proximal tissue is removed, leaving the right and left coronary arteries with only a button of tissue. 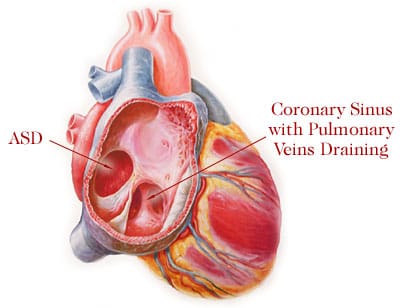 The surgical repair of anomalous pulmonary veins involves the redirection of the abnormal veins to the left atrium, usually by connecting them directly to the back wall of the atrium.

Transposition of the Great Arteries

The consequences of this reversal are severe, since blood which has gone to the lungs to pick up oxygen is not pumped to the body as it should be, but instead returns to the lungs. The only way blood with oxygen can reach the body is by passing through a hole between the upper collecting chambers and mixing with the "blue" blood. The surgeons perform an arterial switch procedure for this anomaly, which connects the aorta to the left ventricle and connects the pulmonary artery to the right ventricle. 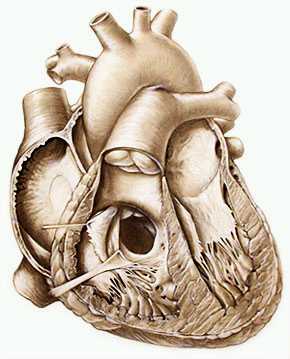 The wall dividing the two lower pumping chambers of the heart (right and left ventricles) is known as the ventricular septum. Abnormal development of this structure may result in a hole usually located at the upper portion of the septum.

Because the pressure on the left side of the heart is higher than the right, blood crosses the hole (VSD) and causes "flooding" of the lung vessels. The amount of over-circulation to the lungs is dependent upon the size and location of the defect. If not corrected, the increased circulation to the right side of the heart and lungs may cause an overload on the muscle and permanent damage to the lung vessels. A VSD may occur as an isolated defect, or may be one of several congenital heart malformations.

The operation for VSD involves closing the hole. In some cases where the defect is small and the tissues firm, the edges may be brought together with stitches. More frequently a patch of synthetic material is sewn into place to close the defect.