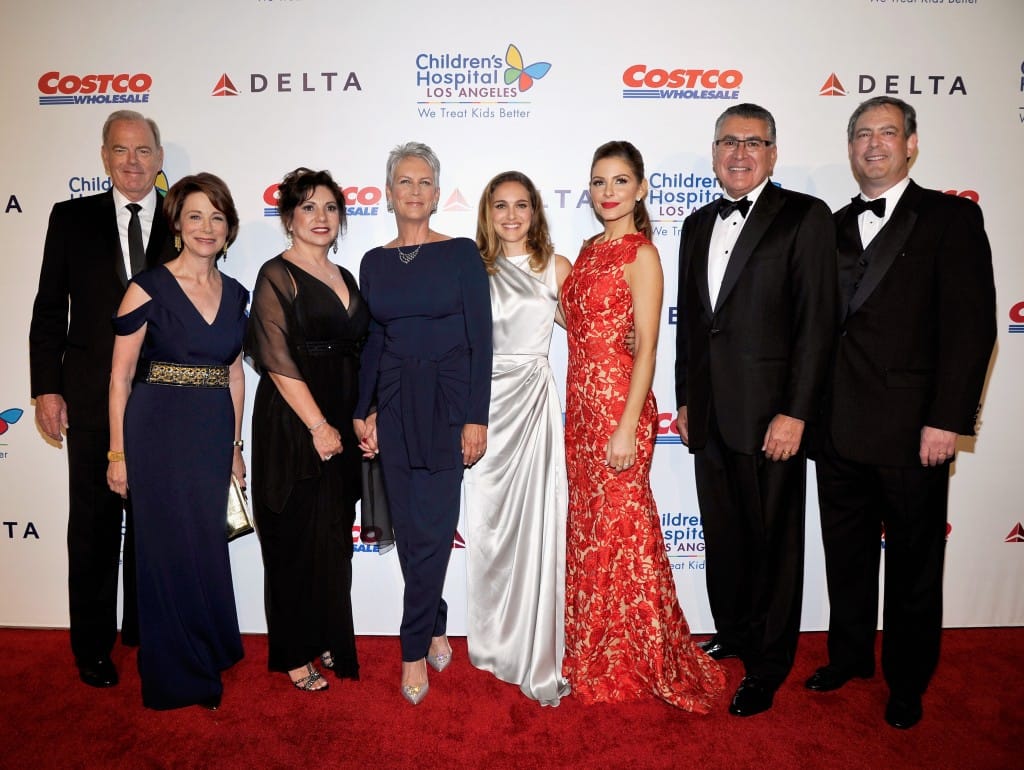 “As one of the nation's leading and largest children's hospitals, our partners, donors and community are the lifeblood of our hospital,” said Children’s Hospital Los Angeles President and CEO Richard Cordova, FACHE.

Natalie Portman, a supporter of Children’s Hospital Los Angeles, became involved as a volunteer in 2008, helping in the Teen Lounge, a unique space for teens and adolescents coping with hospitalization, and assisting Child Life specialists with patient activities in the hospital playrooms.

“What I quickly learned about the hospital was that it’s the kind of place that’s easy to support, because they make it all about the kids,” Portman said. “These kids go through more before they’re eighteen than most of us will know in a lifetime.”

Bill and Sally Hurt have generously invested in the Children's Hospital Institute for Medical Education to provide the most advanced education and training available to Children’s Hospital and community clinicians, ensuring patients always benefit from the latest medical knowledge. 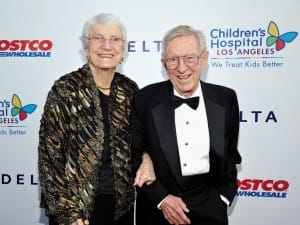 “There’s no better investment than human capital,” said Bill Hurt, long-time hospital Trustee. “The people who should be honored tonight are not people like us, but the 600 doctors, the 1,300 nurses and the 400 researchers at Children’s Hospital Los Angeles who have devoted their lives and spend seven days a week, 365 days to care for and bring comfort to kids.”

Costco Wholesale, a membership-only warehouse club and the second largest retailer in the United States, has been a supporter since 1983, donating more than $16 million through employees, vendors and its own corporate match program, making it the hospital’s largest corporate donor. Find out about Costco’s latest gift.

The program featured hospital heroes, shared stories of hope and courage and highlighted the generosity and support of the night’s honorees. The gala concluded with a headline set from chart-topping artist and four-time GRAMMY winner Seal.

Guests were treated to special pizza hors d’oeuvres in honor of 3-year-old CHLA patient Hazel Hammersley, who gained international fame last year when her mother posted “Send Pizza” to their hospital room window. Hazel—who now has “no evidence of disease” after undergoing cutting-edge stem therapy treatments at CHLA for neuroblastoma, an aggressive form of cancer in children—is exemplary of the hospital’s innovative, compassionate care and the importance of philanthropic support, which helps ensure other children like Hazel receive the very best care.

Noche de Niños was presented by Delta Air Lines, and was supported in part by generous hospital sponsors Kristin and Jeffrey Worthe, Erling West, Jr. Trust, Lisa and Adam Stoll and Carol and David Bienstock. Some of our favorite quotes from the red carpet:

If you're interested in donating to Children's Hospital Los Angeles, please visit: CHLA.org/DONATE.