The Emotional Effects of Wildfires and Natural Disasters 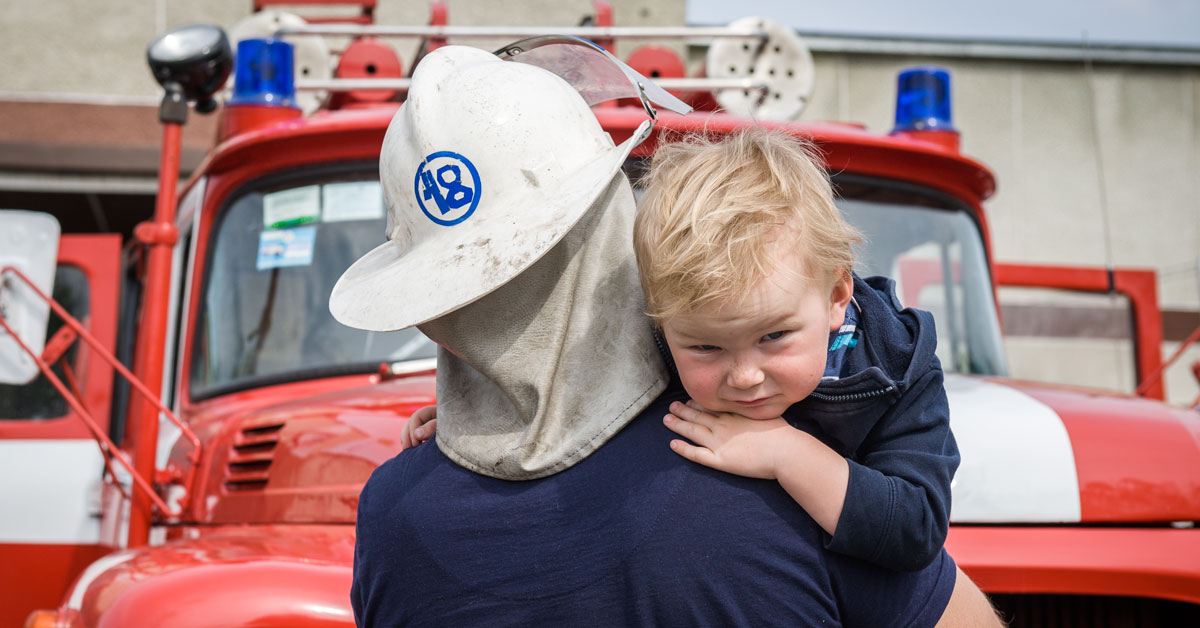 Fire season in California can be scary for children—especially if wildfires bear down on your home or force you and your loved ones to evacuate for safety. As the threat window gets longer and more dangerous, larger numbers of residents fall into hypothetical burn zones, which means that greater numbers of families will be affected. Over the last few years the situation has become particularly serious, prompting experts to describe possible future fire seasons that could last “year-round.” Nationally and globally, natural disasters seem to be increasing overall; these tips will help parents help their children deal with the effects of fires, earthquakes, floods and more.

Children don’t have to lose anything in a disaster to feel lasting effects from the experience. In fact, simply having to evacuate could be traumatic and scary. Stephanie Marcy, PhD, Attending Psychologist and Medical Director of Mental and Behavioral Health in the General Pediatrics Division at Children’s Hospital Los Angeles, says parents who find themselves in these circumstances must do their best to remain level-headed and calm, as their children will be taking cues from their reactions to inform their own.

“One of the biggest things that can provoke a trauma reaction is that feeling of helplessness and hopelessness,” she says. “The real worry is that an evacuation experience could have enduring psychosocial impacts on a child, with persistent struggles and impairment.”

Managing your own ‘first response’

“First responders” are those who tend to natural disasters right off the bat: firefighters, police officers and emergency medical technicians, to name a few.

The first response to a disaster within your family unit is important, too. No matter how terrifying or unsettling things might seem, Dr. Marcy says that parents need to regulate themselves first, and might want to consider sheltering their kids from witnessing the phenomenon directly on their own. The goal, she notes, is for parents to be the filter for their kids, and to minimize unnecessary exposure to overwhelming information or images that children may not be equipped to properly process when these sorts of crises hit.

“When you’re talking about kids, especially young kids, their brains and their senses of time and distance are immature, such that they are going to be more vulnerable to having a hard time coping and understanding what’s happening and how imminent the danger truly is,” says Dr. Marcy.

One way for parents to be proactive and facilitate effective coping for the whole family when facing news of a disaster or evacuation is by being prepared. Dr. Marcy suggests that families follow in the footsteps of kids’ schools and run regular drills so that the process of evacuating and the steps associated with it are familiar and instinctual.  Drills can include everything from gathering a treasured stuffed animal to marching with face masks to the car.

She notes that practicing gives everyone an increased sense of control, which combats anxiety and encourages calmness.

“If you have an effective and familiar plan in place, you don’t have the same degree of panic and fear because you’ve already exposed yourself to the possibility that something like this can happen, but have also thought things through so that less is likely to go wrong,” she says. “The more prepared you are, the more you can shelter your kids from panic-induced trauma.”

What if your kids are traumatized?

The experience of surviving a disaster and subsequent evacuation should have some degree of impact on kids. How much, however, is a question still open for debate.

According to Dr. Marcy, it’s “normal” for kids to be afraid and curious about how earthquakes happen, how fire moves, what might happen if the house burns down, how much firefighters miss their families when they’re working, and what days under evacuation orders might look like. While a hysterical and panicked child is certainly concerning, a child who is atypically shut down, avoidant, or dismissive may be equally as worrisome. When either of these extreme reactions persists for weeks after the danger has passed, parents need to consider the possibility that their child is suffering from post-traumatic stress disorder (PTSD).

Signs of PTSD in children include significant shifts in overall demeanor, regressive behaviors such as toileting accidents or talking like a baby, anger, aggression, disrupted sleep, nightmares, physical symptoms, avoidance of any reminders of the event, mood swings, trouble concentrating or withdrawal from people or activities they once enjoyed. Dr. Marcy notes that two other common symptoms particularly in younger children are separation anxiety and an increase in self-soothing behaviors.

“In the short-term, any of these symptoms may be healthy and appropriate,” she says. If symptoms persist after a month, though, you should consider scheduling an appointment with your child’s pediatrician to discuss options for treatment.

How to move forward

Nothing is typical in the weeks and months after a wildfire or other disaster, which means that in order to provide stability, children need to be reassured that they’re safe, reminded that there’s hope, and reintroduced to a routine that feels familiar and comforting.

Re-establishing security is more straightforward; it can be as simple as telling a child that you’re there for her, validating her feelings, and giving frequent assurances that you’ll get through the disruption as a family. Divining hope can be more of a challenge, though connecting with other affected families or focusing on helping other victims cope with the present or prepare for the future can be very helpful. Often, reinstating routines—like sleep hygiene or going to school, for example—is a more difficult part of the puzzle, since parents are discombobulated, too.

“As much as your daily routine can be portable, try to reimplement that wherever you end up,” says Dr. Marcy. “This allows for predictability, which is calming and grounding for kids.”

One final key to helping kids process the emotional effects of a disaster: Communication. Here, it’s critical to ask children open-ended questions to identify what specific fears they might be harboring (they’re often not what you would guess), and that don’t lead them to feel a certain way. Think “What will you miss most about our house?” instead of “Are you going to miss our house?” Or “How are you feeling about being out of school for a week?” instead of “Are you missing school?”

Among other tips, Dr. Marcy advises that parents should model regulation, which is a fancy way of saying that around their kids they should make efforts to manage their emotions and behaviors adequately and reasonably, avoid dramatic displays, and resist using their children to work through their own anxiety or distress by sharing too much, no matter how upset they might be inside.

“Leading by example is huge,” she says. “Parents should normalize their child’s and their own feelings, particularly if they are having a hard time talking about the disaster with their kids without crying. Explain to them that it’s OK to feel overwhelmed by emotions, and avoid dissuading them from bringing it up with you by explaining ‘You’re not making me cry, I’m just sad about what happened, just like you.’”

Matt Villano, a writer and editor based in Northern California, evacuated the Kincade Fire in October with his wife and three daughters. The family stayed away from home for five days until authorities gave the all-clear.

Teens With Heavy Menstruation Don’t Need to Suffer in Silence — Period.
2019 Novel Coronavirus: What You Should Know
Creating Hope for Kids Like Kaira
The Healing Power of Music: Diobeth’s Story