Cellphone use is common, especially with pre-teens and teens. MSN Money wrote that six in ten parents buy cellphones for their preteen children. I’ve even seen infants using cellphones (and tablets) for its family-friendly applications and entertainment. As a nurse practitioner in the Center for Cancer and Blood Diseases at Children’s Hospital Los Angeles, a question I come across often, “Should we be worried that our child’s use of cellphones could increase their risk of cancer?”

What is Cellphone Radiation and are Children More at Risk? 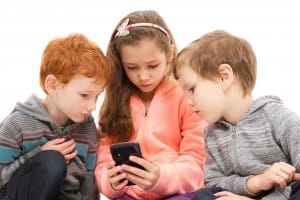 It’s the type of radiation used by radios and microwaves (non-ionizing radiation). To date, studies show that this type of radiation does not cause cancer. But are kids more at risk even though it doesn’t cause cancer? No. But it’s reasonable to be cautious about your child’s cellphone use. Cellphones are still a relatively new technology that is constantly changing. For example, we’re used to touch screen whereas six years ago, we were used to buttons.

More studies need to be done in order to fully evaluate the risk associated with children using and cellphones. Starting as early as today, you can take the following easy steps to limit exposure to cellphone radiation:

What Other Risks are Associated with Cellphone Use?

The use of cellphones has evolved from regular phones used to call and text to handheld computers and video devices. For example, children spend an average of seven hours a day absorbed in entertainment media including television, computers, phones, video games and other electronic devices. Studies have shown that excessive media use can lead to attention problems, school difficulties, sleep and eating disorders, and most notably, childhood obesity. In addition, cellphones with Internet access can provide a platform for dishonest and risky behavior.

The American Academy of Pediatrics (AAP) recommends that parents establish “screen-free” zones at home by making sure there are no televisions, computers or video games in their child’s room. Here are some other tips to achieve “screen-free” zones:

Children can benefit, physically and mentally, from the old mainstays of outdoor play, reading, hobbies, and using their imaginations in free play.

If you decide to buy a cellphone for your child, here are some tips to keep their cellphone use safe:

I do believe cellphones have a purpose. They keep us connected and our kids can call us when they need help or just to say, “Hello.” Even though there is no evidence that states cellphone use causes cancer, it’s good to be involved in your child’s use of their cellphone. Setting up “screen-free” zones not only promotes family time but allows your child’s brain to relax from the speed and distraction of technology and the Internet.