Stop a Nosebleed – a How To Guide for Parents

Despite the fact that I am a nurse, it’s still scary when my son runs up to me with blood dripping down his face from a bloody nose. It can be equally scary for both parent and child to figure out how to make a nosebleed stop. As with most things, remaining calm as a parent is one of the most important things you can do as a first step to helping your child remain calm as well. And, below, I’d like to share some tips for you regarding prevention and stopping bloody noses at your house.

Why Do Nosebleeds Happen?

Most bloody noses are due to one of the following causes:

SPECIAL NOTE:  If the bloody nose follows an accident or injury to the head then seek medical attention immediately.

Don’t Stop a Nosebleed This Way 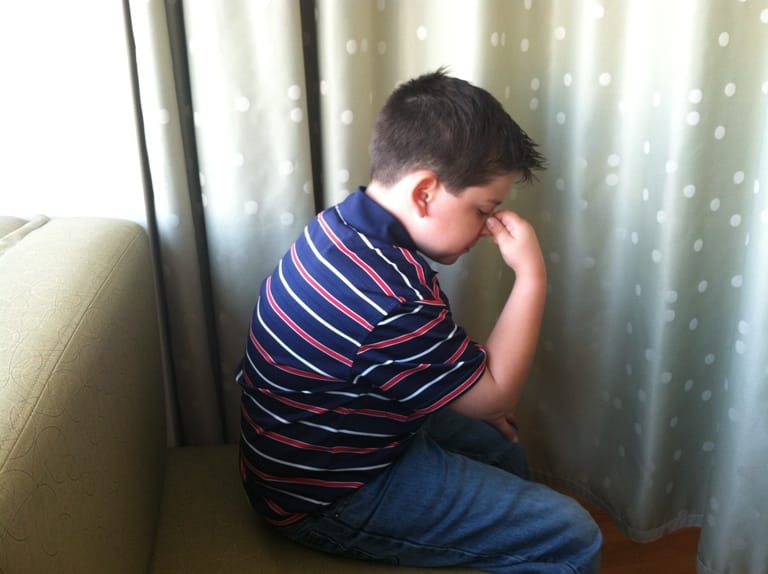 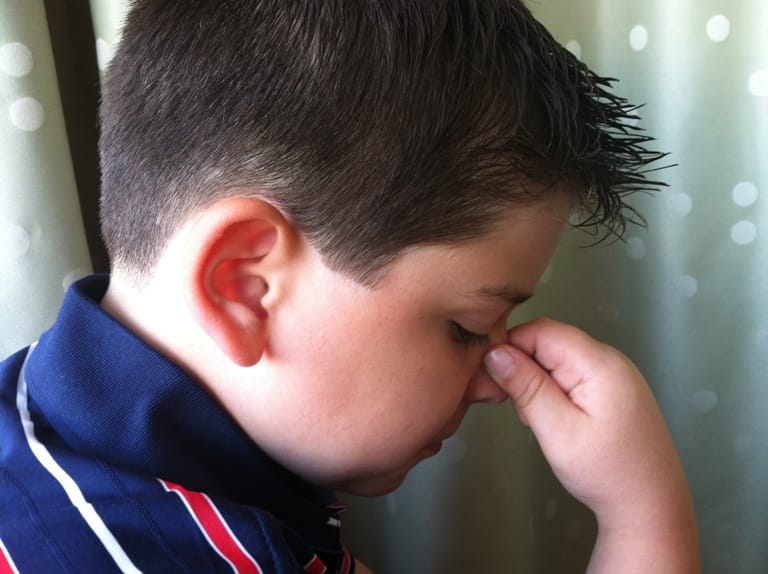 This photo shows a close-up of the area on the nose to "pinch" to control a nosebleed.

SPECIAL NOTE:  If your child’s nosebleed does not stop after a second or third try, please seek medical attention immediately.

I hope these tips help. Remember to talk to your doctor if your child is experiencing frequent nosebleeds or if they are difficult to control. In the meantime, let me know if you have any questions by leaving a comment for me below.