A few weeks ago my kids came home from school and said electronic cigarettes (e-cigarettes) are safe to use because they heard a teacher say it. I want to teach my boys good values and educate them that e-cigarettes are not safe and can cause harm to their health if they use them. 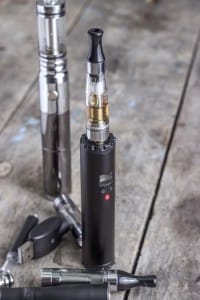 To learn more about how e-cigarettes can affect child (and adult) health, I reached out to one of our hospital’s pulmonology experts, Arnold Platzker, MD, from the Division of Pediatric Pulmonology at Children’s Hospital Los Angeles for help. In this post, I’ll share what he passed on to me.

Before we talk about the health impact of e-cigarettes, I thought you may want to know what e-cigarettes are and how they became available to the community:

Because e-cigarettes are available to kids and teens, smoking may appear popular and cool. For example, a recent report from the Centers for Disease Control (CDC) stated e-cigarette use among high school teens increased by 54 percent from 2012 to 2013.

So, let’s find out what Dr. Platzker shared with me about pediatric health hazards of e-cigarettes.

Many people think e-cigarettes can promote quitting smoking, especially because it doesn't contain tobacco. “The argument for e-cigarettes as a means for weaning from nicotine addiction is weak—no better than the nicotine patch that has been studied extensively,” shares Dr. Platzker.

As a nurse and father, the increased use of e-cigarettes concerns me. If you believe your child may become exposed to smoking, here are some tips to prevent use:

It’s likely that you may see more people using e-cigarettes in the future and when you do, I hope you think of this blog post. Together, we can prevent our children from using e-cigarettes (and regular cigarettes). Dr. Platzker shared an important fact, “90 percent of adults who smoke, began smoking before the age of 18.” This is a significant reason to prevent children and teens from smoking before the age of 18, to keep them from becoming part of that “90 percent” statistic. I encourage you to share this with other parents so that they know that e-cigarettes are a threat to health.

Recognizing the Signs of Asthma