The Story of Jack's Appendectomy

In an earlier post, I told the story of a boy named Jack. His mother brought him to the emergency room of her local children's hospital because he displayed the tell-tale signs of someone possibly suffering from appendicitis, listed in "Appendicitis: Signs, Symptoms & Diagnosis."

Tests revealed Jack indeed had an inflamed appendix and surgery was the recommended treatment (please note, if your child receives a diagnosis of appendicitis, it's important to know what possible treatments the pediatric surgeon might recommend).

Keep reading to find out how Jack's story ends!

How is appendicitis treated?

One method of treatment is an appendectomy. To help understand what this means, "append" refers to the appendix and "ectomy" means removal, so appendectomy describes the surgical removal of the appendix. This procedure can be done by laparoscope, where three little incisions are made, a scope is placed into one of the incisions and the appendix is removed through one of the other incisions. Using the open method, a single larger incision is made in the right lower abdomen to take out the appendix. The surgeon will decide which method is best for the patient after the tests and examination are complete. Today, at our hospital, and at most hospitals, the scope or “laparoscopic” method is used most often.

On occasion, instead of surgery, the doctor may first treat the infection with antibiotics. In this case, a child receives intravenous antibiotics in the hospital to help kill bacteria and decrease inflammation. After this treatment is complete, the patient can go home, returning several weeks later to have the appendix removed. Again, your pediatric surgeon will decide which method is most appropriate for your child.

What happens after an appendix has been removed?

If the appendix did not burst (a condition also referred to as a "ruptured appendix"), a patient may leave the hospital after one to two days. If the appendix ruptures, or if the infection is severe, a patient can expect to be in the hospital for at least three to five days while receiving intravenous antibiotics. For a period of time after going home, some children might need to take additional oral antibiotics. The exact treatment after surgery will depend on many things—if the child has a fever, his or her ability to eat, how fast the intestines start working properly and results from lab tests and exams ordered by your child's surgical team. If your child is diagnosed with appendicitis, be sure to discuss the chosen treatment with your child’s team of doctors and nurses to ensure that you and your child understand and can participate in the overall plan of care.

What happens if an appendix has burst?

If the appendix lumen (the inside of the appendix) is blocked, the appendix swells, the pressure increases and the inflammation worsens. The wall of the appendix gradually stretches until it breaks open or ruptures, causing infection to spread into the abdominal cavity. Some reports estimate that the rate of ruptured or burst appendix is as high as 85 percent in children younger than 3 years old, compared to an average reported of 10 to 30 percent in older children. Even though a burst appendix causes a more serious infection, it is usually very treatable with early intervention. It is key to have your child treated by specialists in pediatric surgery who are experts in the diagnosis and treatment of a ruptured or burst appendix. Here at Children's Hospital Los Angeles, we routinely diagnose and treat moderate to severe forms of appendicitis.  If a child's appendix needs to be removed, surgeons in our Division of Pediatric Surgery perform the appendectomies. Remember, the pediatric surgeon will make the best decision for the treatment of your child in these cases. 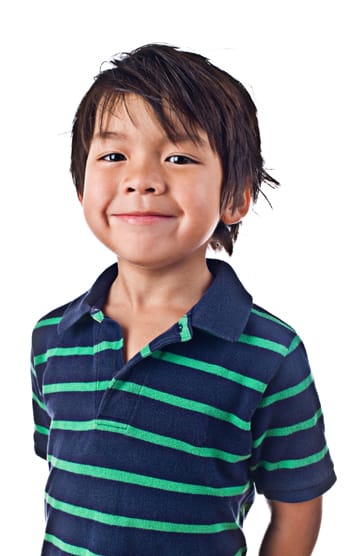 Jack did everything the doctors and nurses asked of him the best he could.  Because his doctor told him walking would help speed his recovery, Jack walked around the unit of the hospital during his stay. He took his pain medications when he had bad pain, drank liquids and ate some food. "I get to go home already?" Jack asks the doctor with surprise. "Yes," the doctor replied, "Your appendix was infected, but did not burst, so you get to go home today, even though you just had surgery yesterday." A few weeks later, Jack was playing with his friends at school and feeling great. No one would ever know he was missing his appendix!

Appendicitis: Signs, Symptoms and Diagnosis
Cold & Flu Season: Keep Your Family Healthy
Protect Your Immune System: Eat Right and Reduce Stress
When You Should Call the Doctor or Dial 911