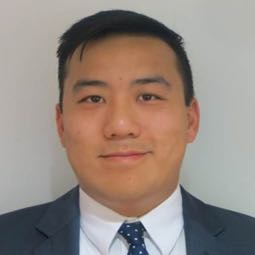 Allen’s goal is to become a pediatric surgeon, but he also has a deep interest in research. That interest compelled him to take a break from his general surgery residency at Mount Sinai in New York to come to CHLA, where he is a research fellow under Kasper Wang, MD.

“I was really interested in the liver research going on in Dr. Wang’s lab, so this was a great opportunity,” he says. “Being able to bridge gaps in knowledge to influence patient care is so important. It’s a lifetime pursuit I’d like to be part of.”

Allen—who is also a USC Broad Clinical Fellow—is working to better understand the cause of biliary atresia, a condition where a baby’s bile ducts become blocked. The disorder is the leading reason for end-stage liver failure and liver transplantation in children.

“We are looking at the role of biliary progenitor cells in regenerating the bile duct after injury,” he explains. “The idea is that the cells’ failure to perform that repair may be contributing to this condition.”

Originally from Texas, Allen has been taking advantage of California’s finest skiing—heading to Mammoth Mountain with his girlfriend whenever possible. He also loves to cook. His go-to dish is mapo tofu, along with baking fresh breads and preparing delicious dumplings.