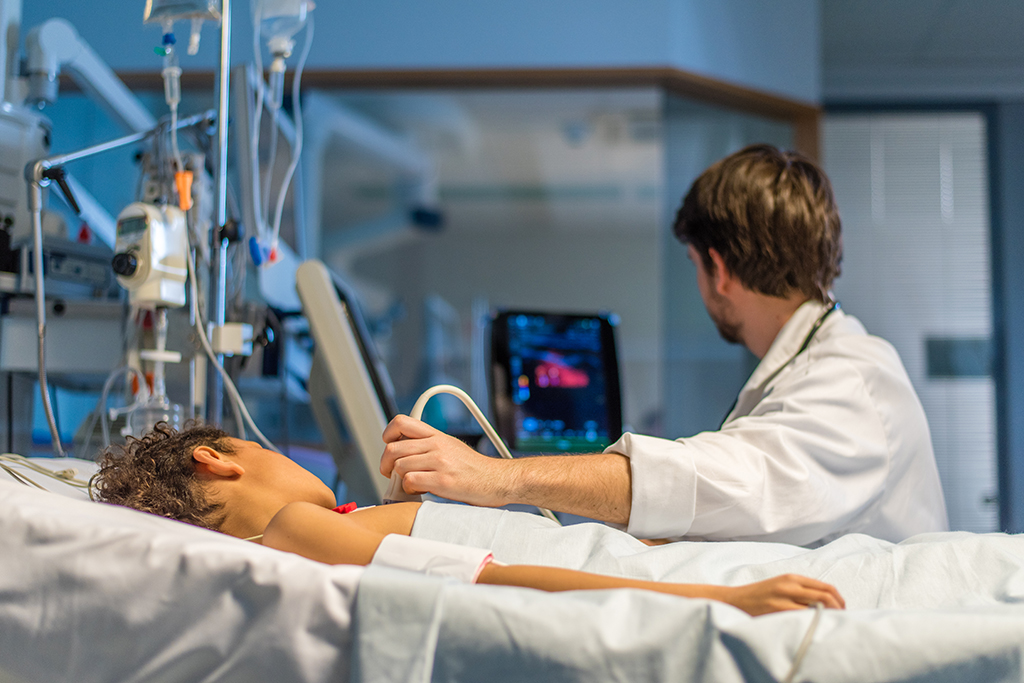 Predicting the future medication needs of critically ill children in the ICU based on current or previous clinical measurements is a challenge, because these children are medically unstable. “FDA prescribing guidelines generally assume that dosing for a given group is usually unchanged during treatment, but this ‘one size fits all’ paradigm in medication dosing cannot account for the wide variation in concentrations of medication in blood plasma that occurs between children, and even within the same child over time,” says Michael N. Neely, MD. “This volatility can worsen treatment outcomes, as variables like fluid volume and kidney clearance can vary from day to day or moment to moment.”

Dr. Neely and his team at Children’s Hospital Los Angeles recently received a four-year, $2.8 million award from the National Institutes of Health (NIH) to use a type of artificial intelligence called a recurrent neural network to more accurately predict the medications needed by critically ill children in the ICU, as well as to assess antibiotic resistance with greater precision. In this vulnerable population, even small changes in medication dosage can make a difference in outcomes.

How to predict future medication dosages?

“Doctors generally assume once they know the volume and the renal clearance—which is how fast the kidneys get rid of the drug—that values stay stable over time, but that’s not true,” says Dr. Neely, Chief, Division of Infectious Diseases and Director, The Saban Research Institute at CHLA. “Can we track patients better and, more importantly, predict what the medication needs of someone in the ICU who is unstable might be tomorrow?”

To predict the optimal future medication dosage, as well as test ways to anticipate antibiotic resistance, the researchers will build a series of recurrent neural networks, which use sequential data to predict changes over time and are especially good at pattern recognition. “We make models of drug systems in patients to try to understand how the drug is behaving,” says Dr. Neely, Professor of Pediatrics and Clinical Scholar at the Keck School of Medicine of USC.

The Neely lab’s recurrent neural networks will tap into a dataset of over 400 clinical variables derived from the Virtual Pediatric Intensive Care Unit (VPICU), an enormous database—one of the largest in the country, perhaps in the world—containing the laboratory values, vital signs and medication doses from over 20,000 critically ill children treated at CHLA since 2009. Using a massive number of measurements can allow investigators to make stronger predictions, as the larger the data pool, the greater the chance of finding clinically significant patterns.

The VPICU also contains 100,000 measurements of serum creatinine, a standard marker for measuring how well the kidneys remove waste from the blood. Since most drugs are excreted through the kidneys, measuring renal function shows how efficiently a medication is used and cleared from the body. “This research has much broader applicability because ICU doctors would love to know if their kids are going into renal failure or renal recovery,” says Dr. Neely.

To more accurately track fluctuating vital signs like blood pressure, heart rate and kidney clearance of medication in critically ill children, Dr. Neely’s team will create another recurrent neural network that incorporates special algorithms that to capture multiple variables that fluctuate independently of each other over time.

The researchers will create a third recurrent neural network to examine the outcomes of VPICU patients with staphylococcal bloodstream infections who were prescribed vancomycin, an antibiotic that is primarily eliminated from the body in urine. They will test algorithms using VPICU data sets of over 40,000 vancomycin doses and more than 5,000 blood plasma concentrations. The ability to more precisely predict the medication dosages needed over time may allow doctors to calibrate medication doses more consistently, resulting in better treatment outcomes for critically ill children.