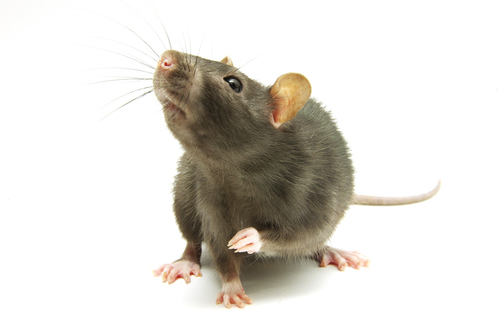 Researchers at Children’s Hospital Los Angeles (CHLA) have described for the first time a specific perceptual learning deficit in mice with a mutation of the same gene as found in children with Fragile X Syndrome (FXS). Their findings, published on October 8 by PLOS ONE, may offer an effective pre-clinical platform for both investigating how brain circuitry is altered in FXS and testing drugs to improve these symptoms in children.

FXS is the most common inherited form of mental impairment, affecting an estimated 1 in 4,000 males and 1 in 6,000 females. Symptoms include behavioral and/or emotional problems, including autistic-like features, and varying degrees of mental disability. Altered sensory responses and disruption in the processing of complex sensory information are also symptoms of FXS.

“Children with FXS can be acutely sensitive to or overwhelmed by textures or other tactile sensations that you and I might never give a second thought to, like wearing socks or sitting in a car seat—a symptom described in the medical literature as ‘tactile defensiveness,’” said principal investigator Aaron W. McGee, PhD, researcher in the Developmental Neuroscience program at The Saban Research Institute of CHLA and assistant professor of Pediatrics at the Keck School of Medicine of USC.

Altered processing of sensory information by the brain in children with FXS is believed to contribute to ‘tactile defensiveness’, but finding a way to investigate this symptom in mice has proven elusive. Mice with the Fmr1 gene ‘knocked out’ to mimic the effect of genetic disruptions causing FXS in people, also display some common neurologic symptoms, including increased seizure susceptibility, anxiety, and hyperactivity.

Whiskers are an important source of sensory information for a mouse; they depend on them to explore and navigate their environment. So CHLA researchers developed a strategy to investigate how normal mice and Fmr1 knock-out (KO) mice would perform on a learning task that required them to use their whiskers.

To test this type of perceptual learning, the researchers built a robot at The Saban Research Institute, designed to give the mouse a chance to cross a small gap from one elevated platform to another. Performing this task in the dark and in the presence of background noise, the mice could only obtain information about the position of the platform and the gap distance through sensory perception – by touching the adjacent platform with their nose and whiskers, if it was close enough, or reaching out to palpate it with their whiskers at longer distances. To coax the mice into crossing longer distances, they received a small food pellet for each successful cross.

McGee and colleagues discovered that both normal and KO mice improved on this task at shorter distances, where they could touch the platform with their nose. ‘This is an important finding because it reveals that KO mice can learn the task when the sensory information is straightforward,” noted McGee. However, although KO mice did just as well as normal mice at longer distances in early testing, performance by the KO mice didn’t improve with subsequent trials.

“They were stuck and didn’t get any better no matter how many times they tried the task,” said McGee. “When the sensory information was more complex, learning by KO mice was impaired,”

Together with other experiments in the study, the researchers concluded that disruption of the Fmr1 gene function altered brain responses to sensory stimulation obtained through the whiskers and impeded learning of this whisker-dependent task.

“The available sensory information in the world around us is overwhelming. How the brain integrates a multitude of sensory perceptions, focuses on those that are most salient, and ignores or suppresses others isn’t clear – but these are questions neuroscientists are working hard to answer,” McGee said. “Developing ways to study different symptoms of FXS in mice is a first step toward both investigating how underlying brain circuitry may be altered in FXS as well as identifying drugs that could potentially mitigate or alleviate these symptoms.”