Supporting the Next Generation of Biomedical Researchers

Published on
May 30, 2016
Categories:
Research Blog 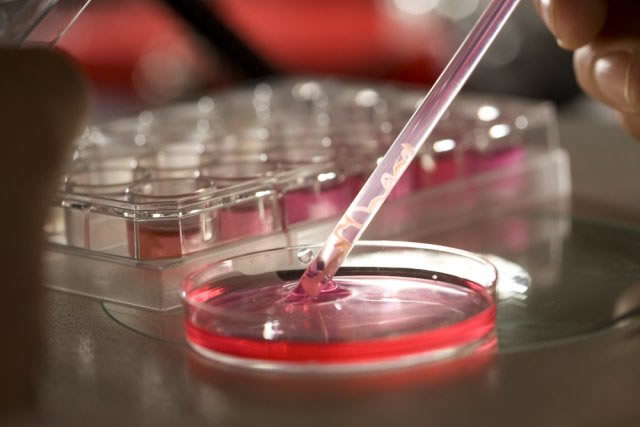 In 2013, less than 4 percent of research funding from the National Cancer Institute went to research for pediatric cancers, the leading cause of death by disease for children in the U.S. Not only does the gap in funding slow progress for developing new treatments for childhood cancers, it can also discourage up and coming physicians and scientists from pursuing research opportunities in the field. To address this, the St. Baldrick’s Foundation, the largest private provider of grants for pediatric cancer research, sponsors summer fellowships for college and medical students at research centers across the country. This year, two summer fellows sponsored by the Foundation will join Children’s Hospital Los Angeles to conduct pediatric cancer research. Both fellows will be working with researchers in the Children’s Center for Cancer and Blood Diseases (CCCBD).

Margaret Nurimba, a first-year medical student at the Keck School of Medicine of the University of Southern California, will join the lab of Anat Epstein, MD, PhD, investigating which cells in medulloblastoma tumors express the protein PID1, which Epstein and her team of researchers have demonstrated is linked to cancer.

“Medulloblastomas are the most common malignant brain cancer in children and pose a significant treatment challenge,” says Epstein, an attending physician at CHLA and a researcher at the CCCBD. “My lab has demonstrated that PID1 inhibits growth in medulloblastoma tumors. We are working to understand the molecular mechanism by which PID1 exerts these effects. Margaret’s project will advance our goal to eventually develop drugs that mimic PID1 for medulloblastoma therapy.”

Celine A. Yeh, a medical student at Georgetown University School of Medicine, will join the lab of Chintan Parekh, MD, developing tools needed to study the role of abnormal activity of long non-coding RNAs (lncRNAs), a recently discovered group of genes which have been shown to act abnormally in leukemia cells.

“While great progress has been made in the treatment of childhood leukemia, one in six children with the disease cannot be cured with current therapies, which also carry lifelong risks of side effects due to the effects on normal cells,” says Parekh, associate professor of Pediatrics at CHLA and a researcher at the CCCBD. “The knowledge gained from studies using tools Celine will help develop could lead to the design of new anti-leukemia treatments directed against the abnormal activity of these lncRNAs.”

The summer fellowships at CHLA are intended for first-year medical students interested in conducting bench and clinical research in pediatric and adult oncology. These fellows receive grants from the St. Baldrick’s Foundation to support their research. This year, St. Baldrick’s awarded nearly $100,000 to 19 institutions to sponsor both college and medical school students.