Researchers link enterovirus D68 with paralysis in kids: how did they do it? 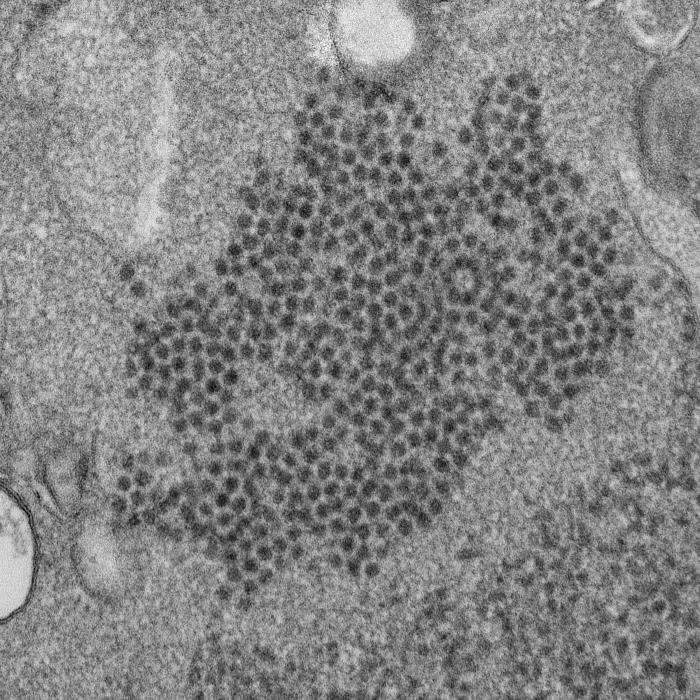 In the fall of last year, a severe respiratory illness crept across the country, causing a string of infections in children. While most of those affected—even those that were hospitalized—recovered fully, a handful of kids with the enterovirusD68 (EV-D68) infection experienced unexplained paralysis of their arms and legs. MRI scans showed that the nerve cells in these patients’ spinal cords were inflamed, leading to the limb paralysis and a diagnosis of acute flaccid myelitis (AFM).

At the time, officials couldn’t say for certain what was causing the sudden paralysis and AFM symptoms. But with additional testing, researchers now believe that enterovirus D68 is the likely culprit. The most in-depth study about this association was published on March 30 in The Lancet: Infectious Diseases.

To find out how a respiratory virus can so drastically impact the nervous system, and how investigators methodically narrowed down the cause of AFM, we talked to Grace Aldrovandi, MD, CM, chief of the Division of Infectious Diseases at Children’s Hospital Los Angeles and author on this study.

How can a respiratory virus, such as enterovirus D68, cause limb paralysis and the symptoms of acute flaccid myelitis?

In general, the way that enteroviruses can affect the nervous system is either by direct viral invasion of the nervous tissue (via the motor neurons) or by an indirect immune system response to the virus. In the latter, it’s the immune system cells that end up damaging the central nervous system. The radiographic findings of AFM patients in this study is consistent with spinal motor neuron injury from direct viral invasion—similar to what is seen in the poliovirus.

This is the first time that enterovirus D68 was associated with effects to the nervous system, and not only respiratory symptoms. How did you determine that EV-D68 was the likely cause of AFM in your study patients?

While enterovirus D68 had no prior association with paralysis or AFM symptoms, we knew that other enteroviruses had this capability. We were concerned that EV-D68 may have changed to infect nervous tissues.

As is routinely done, we looked for other infectious agents that are known to cause central nervous system disease. In addition to standard techniques to identify the other agents, we used newer, more sensitive sequencing technology to look for other infections that may be causing the illness.

Not only did we fail to find another cause for the paralysis, but by whole-genome sequencing and region-specific sequencing, we found that the subset of viruses associated with the nervous system diseases had similar changes in their DNA sequence (discussed with clade B1 below).

In this study, you observed one child with AFM and her sibling, who was infected with the same strain of enterovirus D68, who only exhibited the expected upper respiratory symptoms. What does this tell you about the EV-D68 virus?

With most viruses, the severity of the infection depends on the amount of virus the person is initially exposed to, as well as the person’s ability to fight the virus. Therefore, with many viral infections, different individuals can have a wide range of disease.

The best studied enterovirus is poliovirus. Ninety-five percent of poliovirus infections are asymptomatic, approximately 4% develop a low-grade fever and sore throat, and only 1-2% develop meningitis or AFM that leads to paralytic polio. Finding the same strain of virus in the sibling that only had respiratory symptoms confirmed only that some individuals who are infected with this specific virus will have AFM.

In your results, you reported the discovery of a novel B1 strain associated with all of the enterovirus positive AFM cases. What is the significance of this?

In our study, we sequenced the entire genome of 25 enterovirus D68 samples and discovered a novel strain of B1 that probably arose around 4 years ago. The fact that all of the AFM positive cases belong to this new strain strongly suggests that enterovirus D68 was the cause of the AFM in our patients.

This is important evidence since enteroviruses can be shed in the stool for 3 weeks following infection, and therefore enteroviruses are sometimes detected when they are not the cause of an individual’s disease. Second, analysis of portions of the enterovirus D68 sequence revealed 6 changes in the genetic code that were not only specific to the B1 strain, but 5 out of 6 of these changes matched either poliovirus or enterovirus D71, which are known causes of paralysis and AFM.

What sort of research must be done to prevent this sort of outbreak in the future?

Development of a vaccine to prevent infection would be the best way to prevent this sort of outbreak in the future. Vaccines have been successfully developed against poliovirus and enterovirus 71, and continued surveillance for cases of limb paralysis or AFM , as well as the study of enteroviruses and enterovirus evolution is critical.  Ideally, if we could identify what changes make an enterovirus infect the nervous tissues, then maybe a broader vaccine that protects against all neurotropic enteroviruses could be developed.