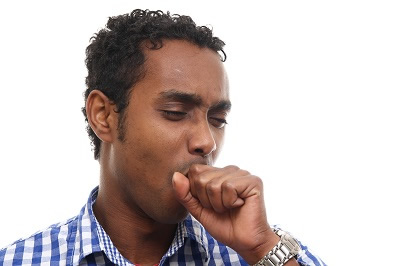 A team of researchers from nine leading academic hospitals and research centers have published a paper in the early online edition of the journal Cancer that describes pulmonary outcomes among childhood cancer survivors. The study also evaluates the impact of complications such as asthma, chronic cough, emphysema and recurrent pneumonia on daily activities.

Led by Andrew C. Dietz, MD, MSCR, of the Center for Childhood Cancer and Blood Diseases at Children’s Hospital Los Angeles, and Daniel A. Mulrooney, MD, of St. Jude Children’s Research Hospital, the study shows that cumulative incidence of lung complications continues to increase up to 25 years from initial cancer diagnosis, and survivors treated with a combination of chemotherapy and radiation are at highest risk.

Based on self-reporting by more than 14,000 individuals identified through the Childhood Cancer Survivor Study, a multi-institutional retrospective cohort study, the findings suggest the need for follow-up health care with advancing age and time from diagnosis.

Medical advances have led to improved survival rates for children diagnosed with cancer – with five-year survival rates now exceeding 80 percent – and it is estimated that there are more than 420,000 survivors of childhood cancer alive in the United States.

Despite these improvements, late mortality rates for cancer survivors exceed those of the general population.  Leading causes of death in this population include subsequent cancer, followed by pulmonary and cardiovascular events. Lung tissue is particularly sensitive to cancer treatment and the cumulative incidence for pulmonary symptoms – such as lung fibrosis, chronic cough and difficult or labored breathing with exercise – increases over time.

“While often asymptomatic, damage to the lungs may limit activities of daily living with potential impact on the overall quality of life,” said Dietz.

The researchers identified 20,690 five-year cancer survivors, of whom 69 percent completed a baseline survey, and/or one of two follow-up surveys years later.  A comparison, or control, group of 4,027 survivor siblings were also surveyed.

The rates of chronic cough, oxygen need, lung fibrosis and recurrent pneumonia were elevated among survivors when compared to the control group.  Survivors with some of these pulmonary events were also more likely to report limitations on their activities than siblings with the same conditions.

“This study adds to our understanding of specific, long-term risks to pulmonary health for survivors of childhood cancer, and will help refine guidelines for appropriate screening, health surveillance and counseling,” said Mulrooney, adding that such knowledge will hopefully contribute to the design and testing of better, targeted interventions to decrease adverse pulmonary events in this population.

The study was supported by the National Cancer Institute (CA55727), a Cancer Center Support grant (CA21765), and the American Lebanese-Syrian Associated Charities.