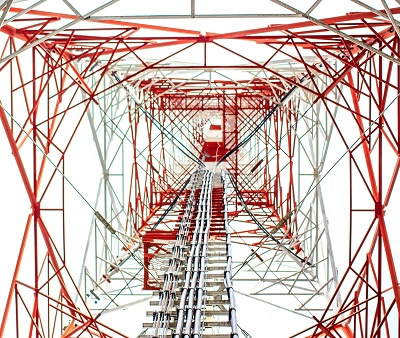 Researchers at the Institute for the Developing Mind at Children’s Hospital Los Angeles have analyzed current gene-disease findings to understand why people with neurodevelopmental and mental illness often have physical disorders.

Their study, published online in Frontiers in Psychiatry, may reframe how clinicians and scientists approach the treatment and study of neurodevelopmental disorders (NDDs) beyond a single diagnosis.

According to the researchers, advances in the understanding of altered gene expression and its role in NDD risk are providing new ways to look at the cause of diseases.

“Currently, standard care focuses on the brain aspects of NDDs or mental illness,” said Pat Levitt, PhD, Simms/Mann Chair in Developmental Neurogenetics at The Saban Research Institute of CHLA. “Here we suggest utilizing a more holistic method for treating the whole person – focusing on physical and mental symptoms rather than a categorical diagnosis. This will enable a more integrated approach to treating individuals. With an understanding of the tendencies for specific physical and mental symptoms to co-occur and impact each other, physicians may be better at predicting treatment responses and side effects.”

NDDs—such as schizophrenia, autism, bipolar disorder and major depressive disorder – are caused by abnormalities of brain development due to genetic mutations and affect an estimated 15 percent of the population.  The co-occurrence of non-psychiatric and mental health disturbances are unsurprising, given that nearly all genes found in the human genome are expressed in the developing brain, with subgroups of risk genes also found in peripheral organs.

For example, disruptions in autism spectrum disorder may affect multiple organ systems.  This results in numerous co-occurring conditions associated with ASD risk genes, among them cancer and gastrointestinal, immunological and cardiac disorders.

In their analysis, the designation of NDD included syndromic disorders (such as Rett Syndrome and Fragile X) and typically childhood (ASD and ADHD) or adult-onset (bipolar disorder and schizophrenia) brain-based disturbances.  An NDD gene-risk list was compiled by selecting “high confidence” risk or causal genes from human genetic consortia. A secondary categorization was then done by separating genes into basic organ systems that have associated physical disorders, such as ears, nose and throat, cardiac, respiratory, immunological, craniofacial, neurological, and so on.

Analysis of NDD genes and their psychiatric phenotypes revealed a striking degree of overlap between seemingly unrelated disorders.  Of the 208 individual NDD risk genes on the high confidence list, approximately half were associated with non-brain-based disturbances.  The largest of these categories included craniofacial, musculoskeletal, cardiac, genitourinary and endocrine disturbances. Overall, a third of the 208 genes were associated with two or more disorders.

As new data from deep gene sequencing and larger population association analyses are completed, scientists will be capable of bringing more clarity to novel interrelated patterns across psychiatric NDDs and medical conditions, according to Levitt, who is also WM Keck Provost Professor of Neurogenetics at Keck School of Medicine of the University of Southern California.

“This reframing may help alter the view held by some that individual weakness is a risk factor for psychiatric disorders, and instead refocus society’s viewpoint toward the contribution of genetic risk for illness, irrespective of it being physical or mental, as well as a better understanding of the complex health challenges faced by these individuals and their families,” says Levitt.

Additional contributors to the study include Jasmine T. Plummer of The Institute for the Developing Mind at CHLA and Alexis J. Gordon, who recently graduated from the Keck School of Medicine of USC.

This research was supported in part by National Institute of Mental Health grant MH067842, Autism Speaks, and the Simms-Mann Chair in Developmental Neurogenetics at CHLA.