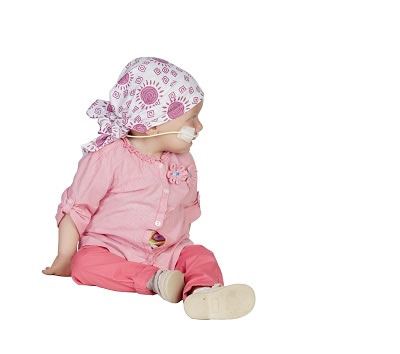 In an innovative, first-in-pediatrics study, available only at Children’s Hospital Los Angeles (CHLA), researchers will be enrolling children between 1 and 18 years of age who have certain types of relapsed or treatment-resistant cancer.

The aim of this investigator-initiated Phase 1 trial is to test the safety, tolerability and metabolism of the drug Durvalumab in pediatric patients with solid tumors, lymphoma and central nervous system tumors.

Durvalumab, which is also being investigated in several types of adult cancer, is what is known as a checkpoint inhibitor. A “checkpoint” is a molecule that is activated or inactivated to allow the body’s immune system to attack foreign cells while leaving normal cells alone.  Cancer cells often find ways to evade these checkpoints to avoid being attacked by the immune system.

Drugs like Durvalumab can target such checkpoints and boost the immune response against cancer cells.

PD-1 is a checkpoint protein found on T cells which normally signals the T cell to turn off its immune response. When PD-1 attached to another protein – PD-L1 – that is found on cancer cells, it allows the cancer to evade immune attack.

“By shutting off the signal by inhibiting PDL-1, Durvalumab in essence allows the body’s own T cells to recognize the cancerous cells as ‘foreign’ and attack them,” said Leo Mascarenhas, MD, MS, deputy director and head of oncology at CHLA’s Children’s Center for Cancer and Blood Diseases.  Mascarenhas and Josephine HaDuong, MD, co-lead investigators of the study, seek to enroll between 18 and 24 young patients with cancer.

“This is an example of how Children’s Hospital Los Angeles offers the newest, cutting-edge treatments to our patients,” says Mascarenhas.

This research is being conducted with support from AstraZeneca Pharmaceuticals LP.