A Manual for the Human Brain: Building a Genetic Database to Help Diagnose and Treat Neurological Conditions 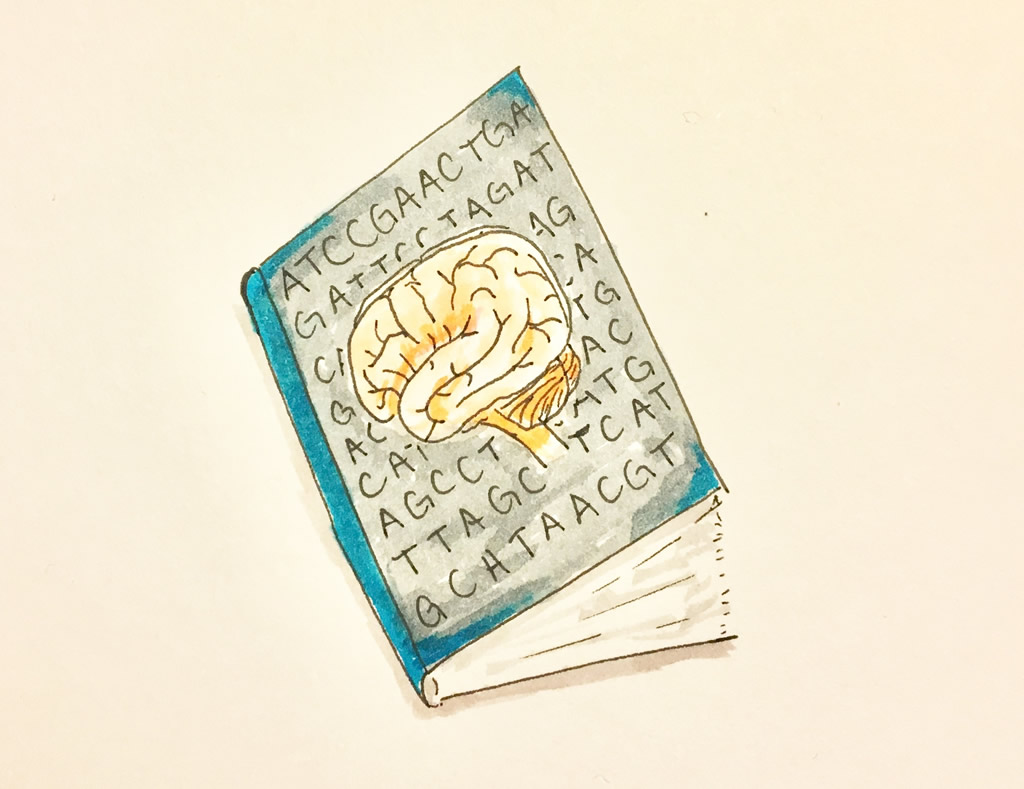 Cell phones are small but mighty. They’re essentially fully functional computers that fit in our back pockets. But if our phone stops working, we don’t know how to fix it ourselves – we take it to a specialist. Luckily, there is a standardized template for how it is supposed to work. Can you imagine a technician trying to diagnose what was wrong if each individual smart phone was unique?

That’s the challenge facing doctors and scientists in their quest to find molecular causes of complex conditions – such as autism spectrum disorders or schizophrenia – they lack a standardized database that maps the healthy brain. There have been many barriers to creating this type of data set. First, there is limited access to samples of healthy human tissue. But the bigger issue is that there is no “normal” human brain. Like our fingerprints, our brains are unique. Often compared to computers, brains are complicated structures composed of tangled webs of circuitry. But unlike computers, our brains are plastic –  they are actually changed over time by experience. This means that characteristics of a brain will change throughout an individual’s lifetime.

Despite these challenges, scientists including CHLA’s Pat Levitt, PhD, have just taken a giant step forward in creating a database of information about the human brain. Levitt is the Chief Scientific Officer and director of the Saban Research Institute, as well as the Simms/Mann Chair in Developmental Neurogenetics in the Program of Developmental Neuroscience and Neurogenetics at Children’s Hospital Los Angeles. He and a team of scientists recently published a paper in one of the top journals for scientific findings, Science, describing a collection of human brain data unprecedented in size and scope. This collection of information includes 18,000 brain cells from multiple areas of the brain with tissue samples representing a diversity of age, gender and ethnicity.

Levitt and his colleagues were particularly interested in collecting data from the transcriptome, which is the readout of our DNA that encodes our genes. If DNA is a massive library of genes, the transcriptome is a selection of the genes critical to the organism, a snapshot in time about what the body was attending to at any given moment. “The transcriptome is a collection of ingredients needed to build a brain,” explains Levitt. “Knowing the transcriptome of brain cells at different times in development tells us what the brain may be doing as it matures normally – and therefore what might go wrong.”

The research team involved in this study compiled transcriptome data (as well as many other types of data) from multiple areas of the brain and from cells ranging from early fetal through adult. This allowed scientists to determine which genes are being read throughout multiple stages of brain development. For the first time ever, researchers were able to answer the question, What is relevant to the human brain at any given point in a human life? As it turns out, the answer to that question revealed some pretty interesting answers.

The state of brain cells changes over time and this is reflected in the changing transcriptome. The data show that there are a lot of differences in which genes are being read between various regions of the brain, which reflect the fact that different brain areas are responsible for performing different functions. In a mature brain, one area will focus on a certain function (like vision or hearing), while other areas might attend to other functions (like emotional control or social interactions). These functions are mediated by brain cells (neurons) that connect to each other in complex ways, forming circuits.

But it does not begin this way. The mature brain must be built, and it turns out that the transcriptome data has allowed Levitt and his colleagues to pinpoint critical windows of time when developing humans are engaged in the most complex process known to us – the assembly of the brain. In particular, in the late fetal period, beginning just weeks before birth, Levitt and his colleagues describe a “major transition.”

During this time, all areas of the brain begin working toward a common goal: building a brain that is ready to be shaped by experience. “Building a brain takes nearly all of the 23,000 genes that each human has,” says Levitt. So late fetal development is marked by a synchrony in the transcriptome as all these genes are being read by neurons throughout the brain. “Then, once the brain is mature,” says Levitt, “it needs fewer of these genes to perform normal functions.” In other words, the transcriptome of each brain area goes from a reading of all genes to a reading of select genes critical to particular functions.

This study is the first of its kind but is likely not the last. Since 2003 when scientists first decoded the human genome, our understanding of genetics has grown exponentially. The data set Levitt and his team have provided will be widely used by researchers all over the world for studies that will contribute to our collective understanding of disease processes, because for the first time, we have a foundation for understanding typical human neurological development.