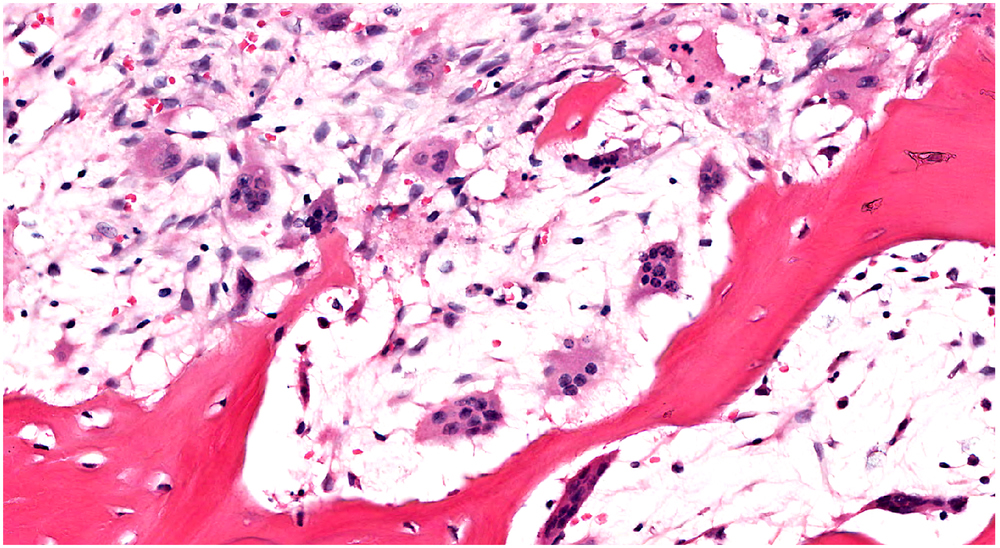 Activation of macrophages – a type of immune cell which, in the bone, takes the form of bone-eating osteoclast cells (above) – may play a significant role in bone loss found in HIV-infected young men. Image courtesy of Shutterstock.

Accumulating evidence suggests that rates of low bone mass are greater in HIV-infected males than in females. Researchers led by Grace Aldrovandi, MD, chief of the Division of Infectious Diseases at Children’s Hospital Los Angeles, studied 11 biomarkers associated with inflammation, bone loss and/or bone formation in about 450 individuals – assessed by sex and HIV status – to try to determine causes of this differential bone loss.

Bone loss in HIV infection is due to immune dysregulation, chronic inflammation and antiretroviral therapy, as well as increased bone turnover from the HIV-infection itself. In HIV-infected adults, the combined rates of osteopenia and osteoporosis are as high as 90 percent in men and 60 percent in women, with related fractures 60 percent higher than in the general population.

As reported in the Journal of Acquired Immune Deficiency Syndromes, the researchers discovered that HIV-infected adolescent males had increased levels of sCD14 – a marker of macrophage activation. Macrophages are a type of white blood cell critical to the innate immune system. In the bone, macrophages take the form of osteoclasts – the cells responsible for the resorptive processes associated with continuous bone remodeling. Soluble CD14 levels were inversely correlated with measures of bone mineral content and density, suggesting macrophage activation as a possible mechanism for such bone loss.

“Despite higher levels of general inflammation in HIV-infected females, HIV-positive males in our study showed both lower bone mass and higher sCD14 levels. This is perhaps because estrogen is protective against some of the inflammation seen in chronic HIV, as estrogen represses macrophage function,” said Aldrovandi.

“We hope that interventions to decrease macrophage activation early in HIV infection will decrease associated bone loss, which has become a major adverse side effect of HIV infection and its treatment,” Aldrovandi said.