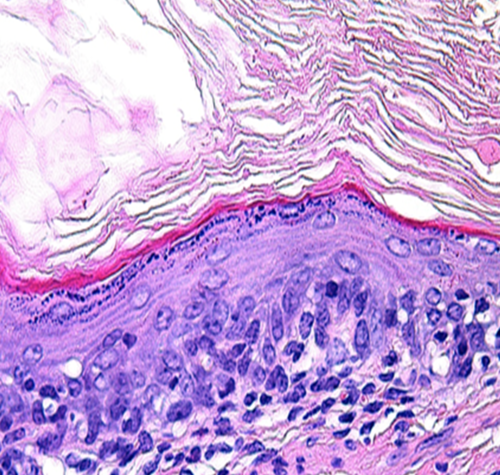 In a first step toward future human therapies, researchers at The Saban Research Institute of Children’s Hospital Los Angeles (CHLA) have shown that esophageal tissue can be grown in vivo from both human and mouse cells. The study has been published online in the journal Tissue Engineering, Part A.

The tissue-engineered esophagus formed on a relatively simple biodegradable scaffold after the researchers transplanted mouse and human organ-specific stem/progenitor cells into a murine model, according to principal investigator Tracy C. Grikscheit, MD, of the Developmental Biology and Regenerative Medicine program of The Saban Research Institute and pediatric surgeon at CHLA.

Progenitor cells have the ability to differentiate into specific types of cells, and can migrate to the tissue where they are needed. Their potential to differentiate depends on their type of “parent” stem cell and also on their niche. The tissue-engineering technique discovered by the CHLA researchers required only a simple polymer to deliver the cells, and multiple cellular groupings show the ability to generate a replacement organ with all cell layers and functions.

“We found that multiple combinations of cell populations allowed subsequent formation of engineered tissue. Different progenitor cells can find the right ‘partner’ cell in order to grow into specific esophageal cell types – such as epithelium, muscle or nerve cells – and without the need for exogenous growth factors. This means that successful tissue engineering of the esophagus is simpler than we previously thought,” said Grikscheit.

She added that the study shows promise for one day applying the process in children who have been born with missing portions of the organ, which carries food, liquids and saliva from the mouth to the stomach. The process might also be used in patients who have had esophageal cancer – the fastest growing type of cancer in the U.S. – or otherwise damaged tissue, for example from accidentally swallowing caustic substances.

“We have demonstrated that a simple and versatile, biodegradable polymer is sufficient for the growth of tissue-engineered esophagus from human cells,” added Grikscheit. “This not only serves as a potential source of tissue, but also a source of knowledge, as there are no other robust models available for studying esophageal stem cell dynamics. Understanding how these cells might behave in response to injury and how various donor cell types relate could expand the pool of potential donor cells for engineered tissue.”