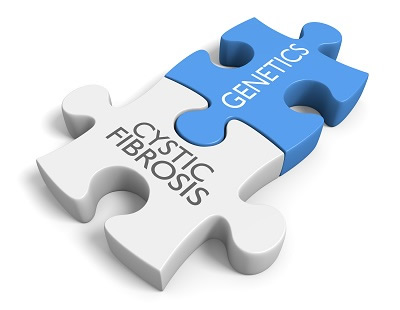 A study by researchers at Children’s Hospital Los Angeles (CHLA), Brigham and Women’s Hospital and the California Department of Public Health suggests that all babies with a known mutation for cystic fibrosis (CF) and second mutation called the 5T allele should receive additional screening in order to better predict the risk of developing CF later in life.

The results, published in the journal Genetic Testing and Molecular Biomarkers, indicate that adding specific DNA sequencing to current newborn screenings would allow for early diagnosis in ethnically diverse populations and may increase the number of CF diagnoses in the U.S. over time. Such diagnoses could result in earlier treatment of CF, which could ultimately improve the outcome and prolong the life of a child with the disease.

Newborn screening programs, using a simple blood test taken within 24 to 48 hours of a child’s birth, allow for early detection and treatment of often devastating disorders. In the U.S., millions of newborns are screened each year, and early testing for CF – a progressive, genetic disease that causes persistent lung infections – has been implemented in all 50 states since 2010. CF is an autosomal recessive disorder, meaning that the child must inherit two copies of an abnormal gene in order for the disease to develop.

Each state uses a different screening algorithm to detect newborns with CF. California has implemented a unique algorithm which incorporates full sequencing of the gene responsible for CF, called the CF Transmembrane Conductance Regulator or CFTR.  Most other states perform a two-tier screen on the blood that first measures the concentration of the pancreatic enzyme that is elevated in CF.  In babies with the highest levels of this enzyme, called immunoreactive trypsinogen (IRT), a secondary screen looks at a selected list of 23 to 140 CFTR mutations known to cause the disease.

According to lead investigator Danieli Salinas, MD, Division of Pediatric Pulmonology at CHLA, these CFTR mutation panels were built based on the most prevalent mutations among severely affected individuals, most of whom were Caucasians.

“If only a commercial panel is applied, a large number of diagnoses are missed among African Americans and Hispanics,” Salinas said. “Missing these causal mutations during newborn screening has the devastating consequence of not detecting CF in these individuals until later in life, when lung damage is already irreversible.”

In California, after detection of one CFTR mutation, the blood sample is sent for CFTR-DNA sequencing to rule out presence of a second pathogenic mutation. California has screened over 4 million newborns for CF since 2007, discovering that – in babies with two mutations – only about one third had classic CF symptoms. Two-thirds of the babies with sequence variants were not found to have CF as indicated by an abnormal chloride sweat test, considered to be the gold standard of CF diagnosis.

“The question became whether the babies in the second group (labeled CFTR-related metabolic syndrome or CRMS) really went on to develop CF, or if benign variants in CFTR were being detected that might never cause a clinical problem,” said  senior author Richard B. Parad, MD, MPH, a neonatologist in BWH’s Department of Pediatric Newborn Medicine and an associate professor at Harvard Medical School.

The researchers evaluated the effect of a specific, common mild CFTR gene variant that is carried by nearly one of 10 people, the 5T allele. They followed the cohort of babies detected through CF newborn screening with a variant detected in both of their CFTR gene copies: one severe CF-causing mutation and one 5T allele.  This cohort was followed over eight years to describe clinical outcomes. The researchers were able to generate risk predictions based on the “TG repeat” – a DNA repeating pattern of varying length found directly adjacent to 5T alleles.

Newborns with the 11 TG, a measurement of the length of the repeat, showed no signs of CF during eight years of follow-up. However, 6 percent of babies with the 12 TG developed the disease and nearly 40 percent of children with the 13 TG were considered to have CF within eight years of birth.

“The study’s conclusions show that that, depending on the 5T-TG repeat length information, the risk of presenting a natural history consistent with CF can be anticipated,” said Parad. “Right now, these babies are not detected by CF newborn screening in states other than California. Instead of being detected in an asymptomatic state and followed closely, these babies later present with CF symptoms and may have missed an important opportunity to initiate early appropriate therapies during a window of protection that might improve their long term outcome.”

“Having CFTR-DNA sequencing as part of a newborn screening model can unveil the full spectrum of this disorder, through early detection of mild to severe cases in an ethnically diverse population,” added Salinas, who is also an assistant professor of Pediatrics and preventive medicine at the Keck School of Medicine at the University of Southern California. “Studies like this are important to better guide providers and families, by determining which individuals with which mutation combinations should be clinically monitored.”

Additional contributors to the study include Colleen Azen and Thomas G. Keens of Children’s Hospital Los Angeles; Suzanne Young of the Sequoia Foundation, La Jolla, CA; and Martin Kharrazi of the Genetic Screening Program of the California Department of Public Health.

The study received support from the National Institutes of Health (grants KL2TR000131 and U19 HD077671).  Patient data was provided by providers from the 16 CF centers comprising the California Cystic Fibrosis Newborn Screening Consortium.