Can Money Buy You a Better Brain? 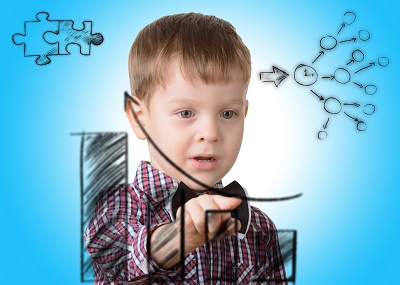 An article aimed at kids 10 to 15-years old by researchers Elizabeth R. Sowell, PhD, Kristina Uban and Megan Herting from Children’s Hospital Los Angeles asks the provocative question: Imagine that your family was given a million dollars.  How would your life change?

The article, published in the August edition of “Frontiers for Young Minds” was written to help young people understand more about how their brains develop – and prompt them to think about ways that can help them shape the way their brains grow.

The article was based on findings from a research study published in 2015 in the journal Nature Neurosciences, which showed that the size of the brain’s surface is bigger in children whose families make a lot of money when compared to its size in children from less affluent families. The researchers, led by Dr. Sowell, also reported that children whose families earn more than $150,000 a year tend to have better scores on tests that measure thinking and decision-making abilities, and the larger brain surface helps explain this.

However, they also found that some of the kids from the lowest family income group have brains the same size as those with the most money.

“While we don’t know for sure, it seems possible that having money isn’t as important as what a family spends their money on,” says Dr. Sowell. “The kinds of experiences kids have – such as activities they participate in or foods they eat – might be more important factors.”

The article she and colleagues from Children’s Hospital Los Angeles wrote for kids goes on to explain how the environment in which kids grow up (and both the things they choose to do or not do) have a big impact on how their brains develop during childhood and teenage years, when brains are changing and growing rapidly.

It emphasizes that exercise and physical activity, along with social play, are important for healthy brain development – whether or not a child has a lot of money or not very much to spend.

“We wrote this because we want kids to know that their brains need to experience lots of different things to grow and develop in the best possible way,” Dr. Sowell said. “While we still don’t really know why brain development and income are connected, we do know that our brains keep changing as we learn new things, even into adulthood.”

She added that it’s important to “feed” our brains good experiences like sports, art and music, learning new things from reading books or going to museums, and making new friends to play and learn with.

“You don’t need a lot of money to do many of these things, so get off of the couch and start training your brain!”