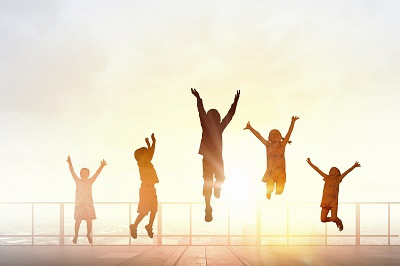 Osteoporosis is a major problem in public health with significant costs both in healthcare dollars and human potential. Generally known as a condition effecting older women, and to a lesser extent, older men, this condition originates in childhood. Fragile bones can also occur in children as a side effect of certain diseases and medications. In order to effectively prevent and treat both pediatric and adult osteoporosis, researchers first need to know about healthy bones and how they develop.

The Bone Mineral Density in Childhood Study is a longitudinal study that was conducted at five centers in the U.S., focusing on bone deposition in a large group of healthy, racially diverse boys and girls. Youth enrolled in the study ranged from 5 to 20 years of age, with a height, weight and body mass index between the 3rd and 97th percentile; 2,014 children and adolescents were enrolled and 1,554 completed the study.

“Our goal was to develop this resource on bone mineral density, so that doctors across the country could evaluate their patients and know how a specific child, or a group of children, compare to typically developing kids,” said Vicente Gilsanz, MD, PhD, principal investigator of the largest enrolling site, located at Children’s Hospital Los Angeles. “A resource like this had not existed before.”

By collecting this information and assembling the database, many discoveries were made – the bibliography associated with the NICHD report lists 21 presentations and 18 publications. In collaboration with Tishya Wren, PhD, Gilsanz made two findings that he considered particularly significant:

“If an investigator wants to determine how a condition, for example anorexia, or a particular treatment, such as a hormone, impact bone health, they now have normative reference values,” said Gilsanz.