From Severe Ebstein Anomaly to a Normal Heart

Published on
November 4, 2022
Categories:
For Physicians and Clinicians 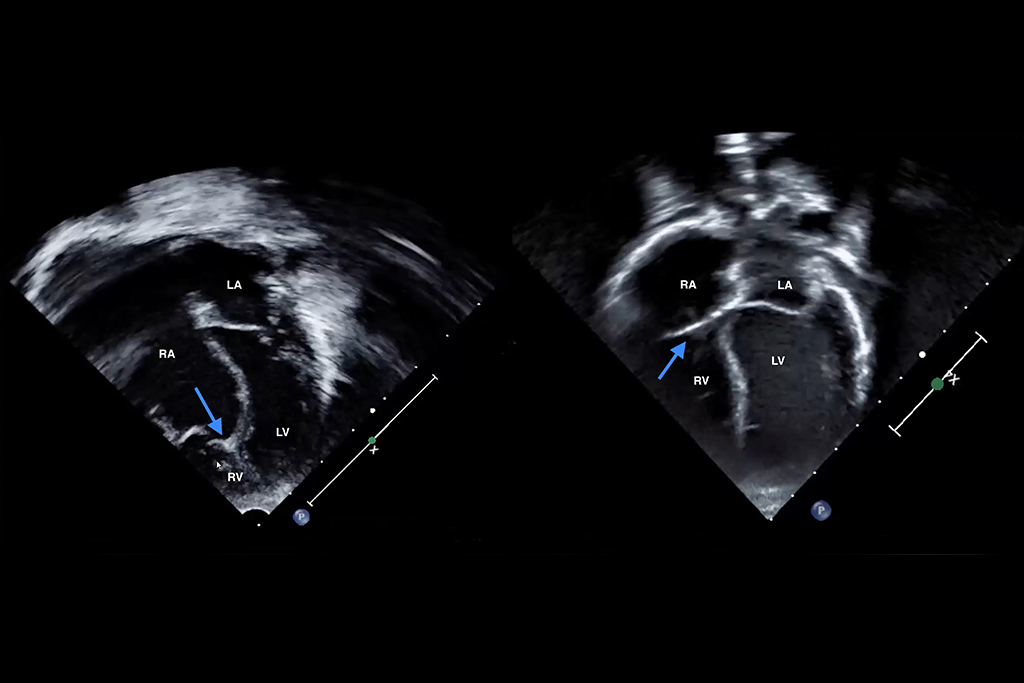 Jodie Votava-Smith, MD, has pulled up two side-by-side echocardiograms on her computer screen and is sharing them via Zoom.

“See, the tricuspid valve is located in the wrong spot,” she explains, pointing with her computer curser to the neonatal echocardiogram image from 2018. “It opens very close to the bottom of the heart, instead of up here where it should be. And the right ventricle is very small, while the right atrium is very large.”

Dr. Votava-Smith, Associate Director of the Fetal Cardiology Program at Children’s Hospital Los Angeles, then slides her cursor over to the strikingly different image on the right. “And this is how it looks now. This looks like a normal heart.” She points back to the first image. “You could never, ever guess that it used to look like that one.”

The two views show the heart—at birth and now—of one of Dr. Votava-Smith’s patients, a 4-year-old boy named Jaxon who was born with severe Ebstein anomaly.

But the most remarkable part of this outcome is what led to it—a mid-surgery decision to do a cone reconstruction instead of a Starnes procedure.

The Heart Institute team at Children’s Hospital Los Angeles has been caring for Jaxon since before he was born. His parents were referred to CHLA after he was diagnosed with severe Ebstein anomaly in utero.

Pediatric Cardiologist Jon Detterich, MD, met with the family and confirmed the diagnosis. “They wanted to do everything they could for this baby,” Dr. Detterich remembers. “They were prepared for a long road.”

Immediately after he was born, Jaxon was transported to CHLA, where an echocardiogram again showed severe Ebstein’s. After he spent a week on medications in the Cardiothoracic Intensive Care Unit (CTICU), the team decided to test whether his heart could pump blood to his lungs without the aid of prostaglandin E1 (PGE), a medication that had been keeping his ductus arteriosus open since birth.

But six hours after the PGE was stopped, Jaxon’s oxygen saturation levels had plummeted into the 70s, indicating that the right side of his heart was unable to function with the abnormal tricuspid valve. 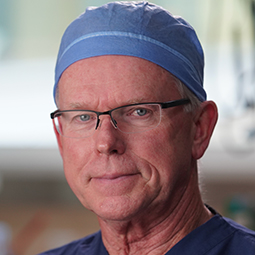 “We always give babies a chance to wean off of prostaglandin before making an operative decision,” says Vaughn Starnes, MD, Chief of the Division of Cardiothoracic Surgery and Co-Director of the Heart Institute. “Sometimes the right ventricle will be adequate to provide pulmonary blood flow. But in this case, he could not sustain circulation on his own.”

The team quickly restarted the PGE and moved ahead with plans to perform a palliative Starnes procedure. Children’s Hospital Los Angeles is one of the few centers in the country to perform this operation, which Dr. Starnes developed 30 years ago for babies with severe Ebstein anomaly. The surgery closes off the malfunctioning right side of the heart and creates a single-ventricle circulation.

Although there are drawbacks to single-ventricle circulations, the team published the largest single-institution case series on outcomes of the Starnes procedure in Circulation in 2016. That study found excellent long-term outcomes in neonatal survivors of the surgery. In addition, a 2020 multicenter study involving 23 centers around the country—including CHLA—showed that the Starnes procedure had significantly better outcomes than all other potential interventions for this defect.

“In most of these neonates, the right ventricle is thinned out and very atrialized, without much muscle function. And there’s typically little to no leaflet tissue,” says Dr. Starnes, the H. Russell Smith Foundation Chair in Cardiothoracic Surgery. “In those situations, there’s not much you can do except the Starnes procedure.”

On Feb. 26, 2018—13 days after he was born—Jaxon was wheeled into the operating room. Dr. Starnes led the surgery, with Attending Pediatric Cardiothoracic Surgeon Ram Kumar Subramanyan, MD, PhD, by his side. At CHLA’s Heart Institute, all operations are performed by two Board-certified surgeons. 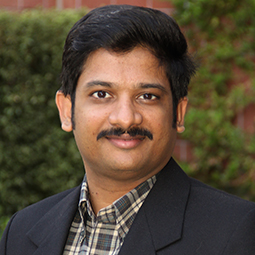 The team intended to perform the Starnes procedure. But once Jaxon’s heart was open, Dr. Starnes could see that there was more tricuspid valve leaflet tissue present than had been visible on the echocardiogram—although it had not separated from the wall of the ventricle.

In addition, the right ventricle “wasn’t totally atrialized,” Dr. Starnes says. “We felt that it could be capable of pumping blood to the lungs if there was a competent tricuspid valve.”

With those two factors now apparent, he felt it was possible to perform a cone reconstruction to repair the valve instead of doing the Starnes procedure as planned. Dr. Subramanyan agreed, and the pair went to work.

First, they mobilized the anterior and posterior valve leaflets—along with a residual amount of the septal leaflet—away from the ventricular wall. They then rotated those leaflets to form a cone-shaped valve that could open and close.

After bringing the annulus back up to its normal position, so the valve would attach at the correct location, they narrowed the annulus down and fit the leaflet tissue into the opening.

“The cone procedure is usually done in children who are 2 to 5 years old,” Dr. Starnes notes. “There are a few surgeons who attempt it in neonates, but those results have been very mixed. So we took that into serious consideration before attempting this. But in this particular baby, it was the appropriate thing to do.”

Shortly after surgery, Dr. Subramanyan tracked down Dr. Detterich and told him they had fixed Jaxon’s valve.

“I was shocked,” Dr. Detterich says. “Very few surgeons would do this. Their ability to move in this direction on the fly was amazing.”

Jaxon recovered well and went home two weeks after his surgery. Initially, he had supraventricular tachycardia, which is common in Ebstein anomaly, but the arrythmia resolved after a few months on medication.

Today, the 4-year-old is a healthy, energetic preschooler. His repaired tricuspid valve continues to function well, with no leaking. His latest echocardiogram, performed in July, shows a normal-looking heart.

“I think this case highlights the expertise of our entire Heart Institute team—from our fetal cardiologists, pediatric cardiologists and CTICU team to our cardiac anesthesiologists and surgeons,” Dr. Starnes says. “To see the outcome for this child is very rewarding.”