Is Fetoscopic Surgery a Game Changer for Spina Bifida?

Published on
November 15, 2021
Categories:
For Physicians and Clinicians, Hospital Programs 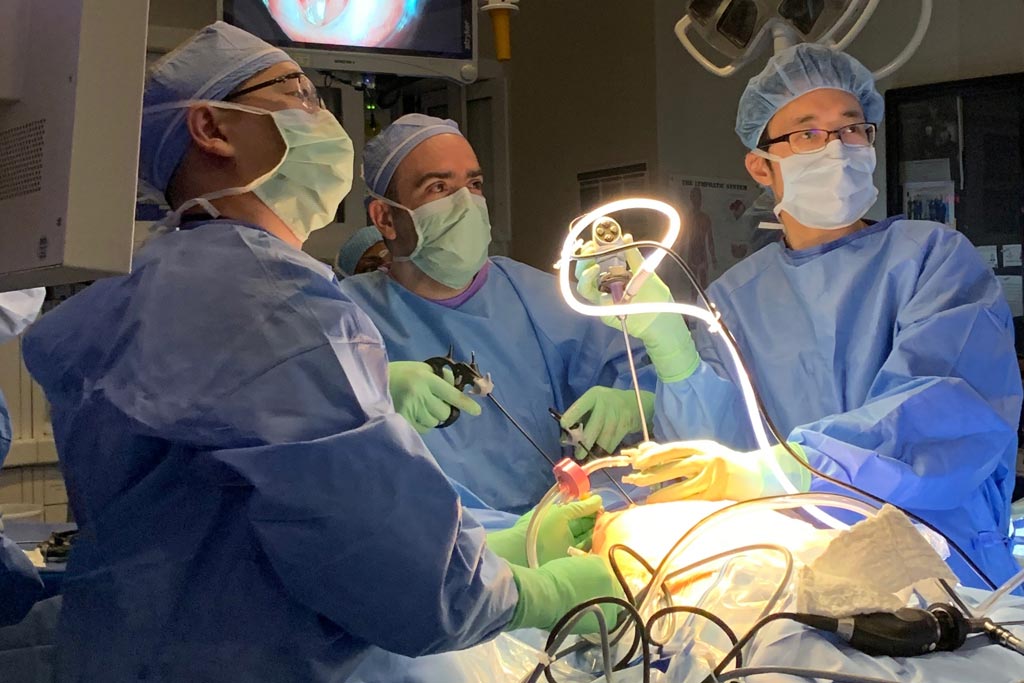 More than two years into a clinical trial, a pioneering fetal surgery is showing promising results for babies—and their moms.

Alexander Van Speybroeck, MD, has been taking care of babies and children with spina bifida for 20 years. The last 2 ½ years, though, have been different than any in his career.

That’s because in 2019, Children’s Hospital Los Angeles was part of a multi-institution collaboration that performed the first completely laparoscopic repair of fetal spina bifida in the Western United States. Since then, the team has performed the procedure—part of a pilot clinical trial approved by the Food and Drug Administration—on more than 40 patients.

“It’s been a game changer,” says Dr. Van Speybroeck, Medical Director of the Spina Bifida Program at Children’s Hospital Los Angeles. “Rates of hydrocephalus in these infants are much, much lower. Many of these babies are also testing essentially two levels better orthopedically than you would expect from their in utero exams. A great majority of them have an excellent prognosis for being community ambulators—meaning they will walk everywhere they go.” 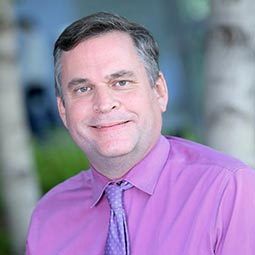 Spina bifida is a birth defect where the neural tube does not completely close during fetal development. The most serious form, called myelomeningocele, can cause debilitating neurological damage.

While surgery to repair spina bifida in utero has been available for more than 10 years, the standard technique involves a laparotomy (incision across the mother’s abdomen) and a hysterotomy (opening the uterus). But this open surgical approach increases the chances of premature birth and is associated with significant risks to the mother and her future pregnancies.

In contrast, the percutaneous fetoscopic repair removes the need for large incisions altogether. Sometimes called a “keyhole” surgery, it is minimally invasive and requires only small openings in the abdomen and uterus.

“There’s much less risk to the mother,” says fetal surgeon Ramen Chmait, MD, principal investigator on the study and Director of Los Angeles Fetal Surgery at the University of Southern California and Children’s Hospital Los Angeles. “She has a much easier recovery, she can have a normal vaginal delivery at term, and her next pregnancy can be normal and a vaginal delivery.”

Although the team—which also includes pediatric neurosurgeon Jason Chu, MD, MSc, and neonatologist Tai-Wei Wu, MD—had anticipated that a minimally invasive approach would be safer for moms, one of the questions was whether it would offer the same benefits to the developing fetus as the open surgery. The answer so far is a resounding yes.

“What we’ve seen in our study is that the fetoscopic repair provides the exact same benefit to the baby as the open surgery. The baby is not short-changed,” says Dr. Chmait, Professor of Obstetrics and Gynecology at the Keck School of Medicine of USC. “In fact, we may argue that our technique is even better in some outcomes.”

Fetal surgery is not a cure for spina bifida, but benefits to babies can be significant, says Dr. Chu, who works with Dr. Chmait to perform the fetal repairs and leads the program at Children’s Hospital Los Angeles.

“We believe that fetal repair can change the pathophysiology of myelomeningocele,” Dr. Chu says. “Our data right now is very encouraging for reducing hydrocephalus (fluid in the brain) and the need for shunting. We’ve also seen an increase in motor levels, where we’ve been able to successfully protect other nerves that would traditionally be affected.”

Typically, babies born with myelomeningocele that has not been repaired in utero undergo surgery in the first 24 to 48 hours of life. Approximately 85% end up needing a shunt in their brain to control brain swelling and divert excess cerebrospinal fluid.

With the fetoscopic repair, roughly 30% of babies in the trial have needed a shunt—a dramatic reduction. 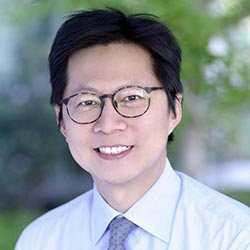 The clinical trial, which was renewed by the FDA and expanded to more than 70 patients, involves multiple disciplines collaborating very closely on care and is a joint effort between Children’s Hospital Los Angeles and USC. “We each bring our unique specialties and knowledge to the table so we can optimize care for the mother and baby,” Dr. Chu says.

Dr. Chmait and Dr. Chu perform the fetal surgeries, but both Dr. Wu and Dr. Van Speybroeck are involved prenatally as well, counseling parents on what to expect. Dr. Wu is also present in the delivery room to ensure the baby is stable before the infant is quickly transferred to the Steven & Alexandra Cohen Foundation Newborn and Infant Critical Care Unit (NICCU) at Children’s Hospital Los Angeles.

“Seeing a baby with myelomeningocele being born with the back already closed is amazing,” Dr. Wu says.

In the NICCU, Dr. Chu immediately evaluates the baby to ensure the wound is healing properly and no cerebral spinal fluid is leaking. “We’ve had several cases where parents have been able to do skin-to-skin bonding with their baby, as well as breastfeed, in the first couple of days of life, which is remarkable for myelomeningocele patients,” Dr. Wu adds.

Dr. Van Speybroeck and the team follow each of the babies for a minimum of five years, a period that will likely be extended to 10 years. In addition, multiple other specialties—including neonatology, urology, orthopedics, and developmental and behavioral pediatrics—are involved in monitoring and caring for babies after birth.

“There are definitely several children in our cohort where you wouldn’t know they have spina bifida,” says Dr. Van Speybroeck. “When you see them in the exam room, they’re smiling, happy, kicking around and have great mobility. That’s unbelievable.”

Dr. Chmait stresses that the surgery is still investigational and done under strict clinical trial protocols. But he is optimistic for the future.

“I really think that the time for fetoscopic repair in spina bifida is now,” he says. “The open surgery technique was an important advance that worked well for a decade, but this is a new decade. If we continue to see these positive results, then I believe this fetoscopic repair will be considered the standard of care in a short period of time.”

Learn more about our Fetal and Neonatal Institute.