Published on
February 11, 2022
Categories:
For Physicians and Clinicians, Hospital Programs 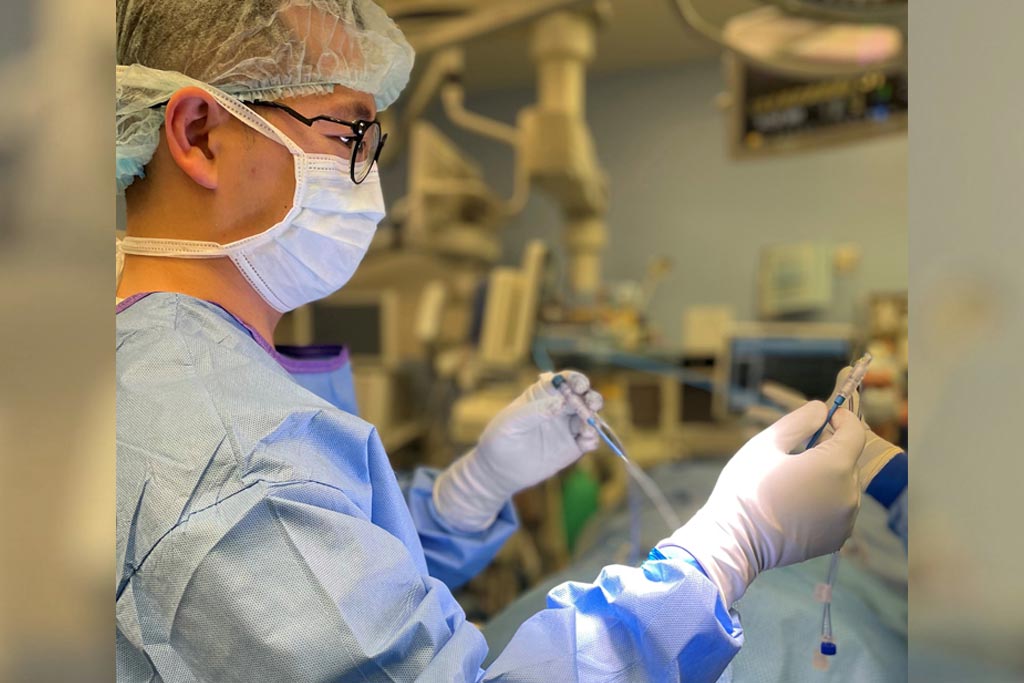 Responsive neurostimulation is the latest advance offering hope for children with treatment-resistant epilepsy.


For more than a third of children with epilepsy, medications are not enough to control their seizures. Surgery can be an excellent option for many of these treatment-resistant patients, but not every child is a good candidate.

Fortunately, new techniques and technologies have been steadily expanding the number of children who can benefit from epilepsy surgery. Children’s Hospital Los Angeles offers a full range of these options, including one of the latest advances for pediatric epilepsy: responsive neurostimulation (RNS).

“Many patients have seizures that come from deep parts of the brain, or from motor or language regions of the brain where we can’t physically remove that tissue without causing deficits,” says neurosurgeon Jason Chu, MD, MSc, who leads the epilepsy surgery program in the Neurological Institute at Children’s Hospital Los Angeles. “Responsive neurostimulation gives us another surgical option for controlling seizures, without disrupting the child’s normal brain function.”

Stopping seizures in their tracks 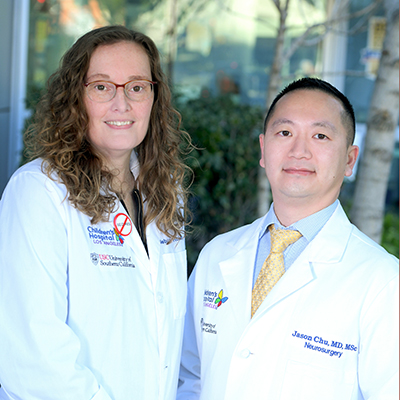 The team began offering responsive neurostimulation last year. With RNS, a small, pacemaker-like device is implanted in the skull. Tiny leads are placed in the brain, in the precise areas where seizures are coming from.

The device monitors brain activity in those areas in a similar way as electroencephalography (EEG). But it also delivers a small pulse of electric stimulation as soon as a seizure is detected—often stopping it in its tracks.

“Every device is calibrated to recognize the patient’s individual seizures. And every time the patient has a seizure, it gets smarter about identifying it earlier,” says Deborah Holder, MD, Medical Director of the Comprehensive Epilepsy Center at Children’s Hospital Los Angeles. “The goal is to stop the seizure before patients even realize they’re having one.”

RNS is approved for adults by the Food and Drug Administration, but studies have been examining its use in pediatric patients as well.

“The results in adults have been quite promising, with a significant reduction in seizures and very long seizure-free periods,” Dr. Holder says. “The data is promising in children, too. We’re excited to offer this as an option for our patients.”

RNS is just one of several surgical options for children with epilepsy. A traditional craniotomy remains the gold standard—with surgeons placing electrodes directly on the brain to record seizures and map brain activity, and then physically removing the seizure-causing tissue in a second surgery.

But surgeons now have more ways to achieve the same results with minimally invasive techniques. On the West Coast, Children’s Hospital Los Angeles was among the early adopters of stereo EEG (sEEG), a minimally invasive way of placing electrodes to pinpoint seizure activity without opening the skull.

The procedure involves very small incisions and is done with the aid of the ROSA robot. Children don’t even need to have their heads shaved for the procedure.

“Because the incisions are so small, there’s less pain for patients. And with the robot’s assistance, the operating time is shorter as well,” Dr. Chu notes. “That all translates into faster recoveries and shorter hospital stays.”

In addition, a technology called laser interstitial thermal therapy (LITT) uses a laser to destroy abnormal brain tissue instead of removing it. The procedure is not only minimally invasive, but it also allows surgeons to reach deeper areas of the brain without harming the surrounding normal tissue.

A team approach to care

An important part of the program at Children’s Hospital Los Angeles is the team’s collaborative, multidisciplinary approach. For example, in each clinic, Dr. Chu and Dr. Holder see surgical epilepsy patients together, side by side, in the same room.

Clinics also involve several other specialists from different disciplines—including neuroradiologists and neuropsychologists, along with nurses, physician assistants and social workers.

“It’s a very team- and family-centered approach, and that really sets us apart,” Dr. Holder says. “It’s such a higher level of care for patients and families.”

She adds that the team uses nonsurgical approaches—such as medication or diet changes—whenever possible to stop children’s seizures. But if those therapies don’t work, it’s important to consider surgical treatment.

“We tailor all our therapies to patients individually,” she notes. “It’s critical to stop seizures in children as soon as possible because their brains are still developing. When you stop seizures in a child, you change that child’s life forever.”