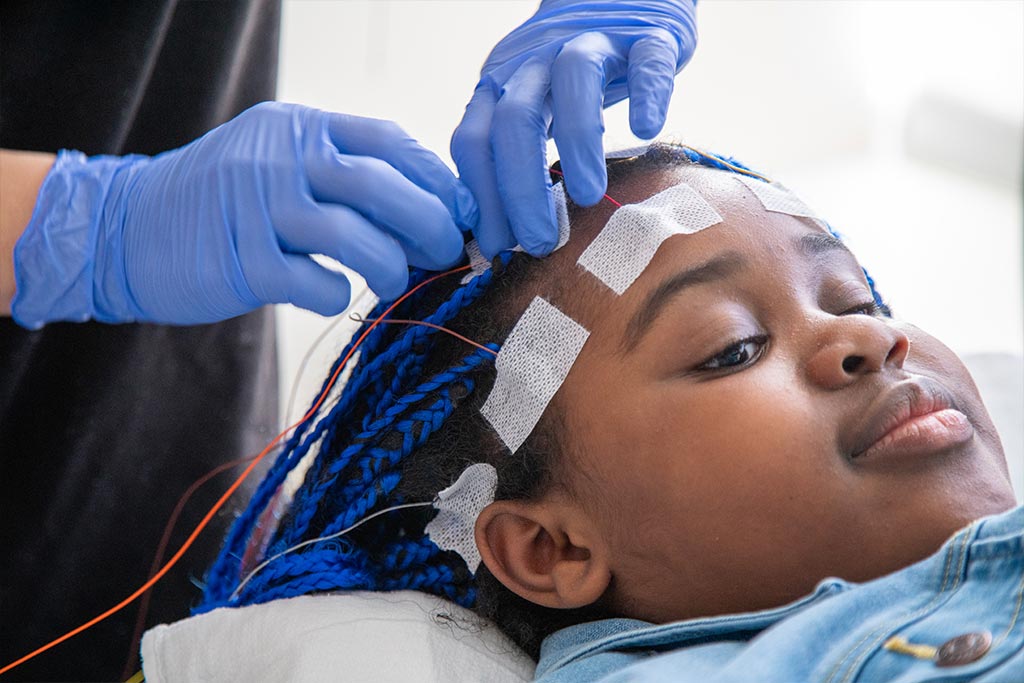 Pilot project aims to reduce the need for two hospitalizations for patients in select clinical scenarios.

The Division of Pulmonology and Sleep Medicine and the Division of Neurology at Children’s Hospital Los Angeles recently began piloting a new procedure that combines an overnight polysomnogram (PSG) sleep study with a full 16-channel electroencephalogram (EEG).

The PSG-EEG study is being conducted in select patients under certain clinical scenarios. The goal: streamline care and reduce the need for two separate hospitalizations to evaluate both sleep-disordered breathing and epilepsy.

“Children with epilepsy frequently also have sleep-disordered breathing, such as obstructive sleep apnea, which can increase their risk of seizures,” says Payal Gu, MD, a child neurologist and sleep medicine physician at Children’s Hospital Los Angeles. “Traditionally, these studies are ordered independently, but in some situations it makes sense for families and for physicians to combine them.”

Two tests in one stay 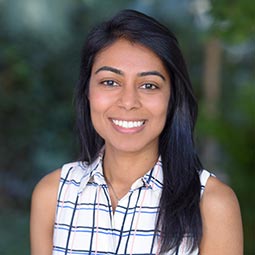 One of the unique aspects of the pilot project is that it still produces two independent reports—with a pediatric epileptologist evaluating the EEG, and a sleep medicine physician interpreting the PSG.

“It’s important that both specialists interpret their respective tests,” Dr. Gu says. “For example, while sleep medicine physicians can recognize clear epileptic discharge patterns on an EEG, for many patients the findings are more subtle and require a robust interpretation from an epileptologist.”

Children who undergo a combined study will be admitted to the hospital’s Epilepsy Monitoring Unit (EMU) for 24 to 72 hours, with the sleep study conducted on the first night of admission. The EMU is part of the Neurological Institute’s Comprehensive Epilepsy Center, which holds level 4 certification—the highest possible—from the National Association of Epilepsy Centers.

Currently, the combined studies are offered on a case by case basis to evaluate for both sleep-disordered breathing and epilepsy. Patients must first be examined by their epileptologist and a pulmonologist or sleep medicine physician at Children’s Hospital Los Angeles.

“Not all children with epilepsy need a sleep study,” Dr. Gu stresses. “Just having a nocturnal behavior, like sleep walking, is not enough to warrant a polysomnogram. Often, the most urgent matter is ruling out whether the behavior is a seizure, and that can be done with an EEG alone.”

There is a complex interplay between sleep and epilepsy that is not well understood.

For example, both disrupted sleep and a lack of sleep can aggravate seizures in certain children. In addition, some patients are more likely to experience seizures while asleep—particularly during non-rapid eye movement (NREM) sleep—while others’ events occur primarily while awake.

“There’s a lot we still need to learn about the relationship between sleep and epilepsy,” Dr. Gu says. “Long-term, these combined studies could potentially help inform research efforts to understand more about certain types of seizures and why they tend to occur during certain stages of sleep.”