One Heart, One Kidney—and One ‘Forever Grateful’ Family

Fifteen-year-old Zerkari Payne is back at school these days, hanging out with his friends again and “shooting some hoop.” The outgoing high school sophomore has more energy than he can ever remember.

Still, the Long Beach teen never forgets that somewhere out there, there is a family who made this new life possible for him. A family he has never met. A family that is still grieving a heart-wrenching loss.

“I think about them,” Zerkari says softly, almost in a whisper. He pauses. “Like, it’s hard to explain.”

His lack of words is understandable. How do you describe how you feel about a family who donated not just one, but two organs that saved your life? 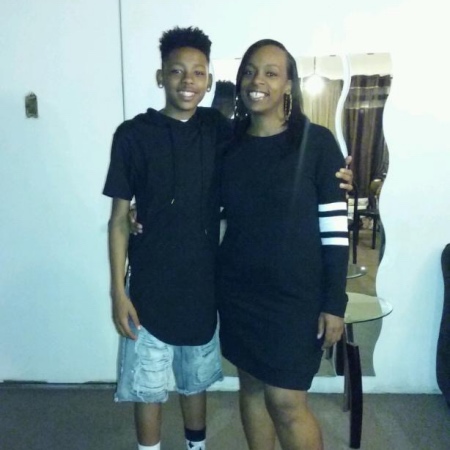 For the first few years of his life, no one would have ever believed that Zerkari would one day need a double organ transplant.

“He was born fine! Seven pounds, 6 ounces,” says his mom, Monique Anderson. “He was a normal kid. He hardly ever got sick.”

But in February 2008, when Zerkari was 6, he came home from school on a Friday complaining of a stomachache. It persisted over the weekend, and by Monday morning, he had a tiny bit of blood in his urine.

Anderson immediately took Zerkari to his pediatrician, who sent her to Children’s Hospital Los Angeles, where doctors told her he needed a blood transfusion.

“I was like, ‘Whaaaat? A blood transfusion?’” she remembers. “I started to get scared.”

The news got worse. Zerkari had hemolytic uremic syndrome (HUS)—a condition in which a toxin from a particular type of bacteria causes irritation in the lining of certain blood vessels. The ongoing damage and repair of the blood vessels harms red blood cells and impairs the kidneys, leading, in Zerkari’s case, to kidney failure.

Soon, he was in heart failure, too.

Zerkari spent the next 3 ½ months at CHLA. After he went home, he spent another five months on peritoneal dialysis—a type of dialysis that uses the lining of the abdomen to filter the blood inside the body.

Slowly, his body and his kidneys recovered from HUS. While he still took medicines to manage his heart failure—a condition where the heart does not pump efficiently—he was mostly able to return to normal life.

Over time, though, his heart function continued to decline, despite the medication. By the time he turned 15, he had little energy and constantly felt sick and out of breath. 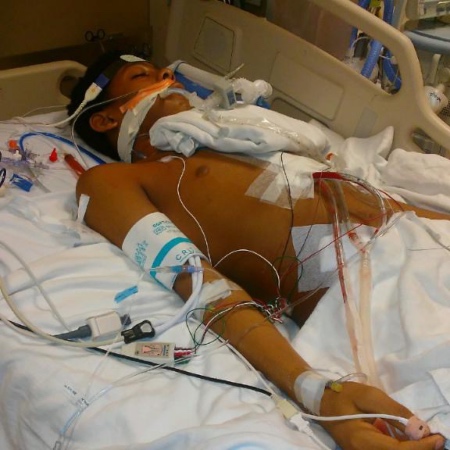 On May 17, 2017, everything came to a head. Anderson, a hairdresser, was working at home that day when Zerkari called to her from the bathroom.

“Mom,” he told her, “I can’t breathe.” Moments later, he collapsed on the bathroom floor.

Paramedics rushed him to the nearest hospital, and from there he was airlifted to CHLA. Zerkari was in end-stage heart failure; his only hope was a heart transplant.

And there was another problem. Both heart transplant surgery and the lifelong immunosuppression medicine that patients must take afterward are notoriously hard on the kidneys. Zerkari’s kidneys already had been crippled by his past HUS; a heart transplant could send him straight into kidney failure again.

“We both felt that the only way we had a reasonable likelihood of saving him was to replace both his heart and his kidney at the same time,” Menteer says.

Zerkari spent the next two months in the hospital on a continuous infusion of heart-supporting medications, waiting. Then, early in the morning on July 9, a heart and a kidney (from the same donor) became available.

Menteer and Lestz were in close communication, with Lestz texting Menteer about the kidney offer the moment it came in. What followed was “beautifully orchestrated,” Menteer says. “It’s just an amazing collaboration we have here at CHLA between our different teams.”

First, cardiothoracic surgeon Richard Kim, MD, performed the heart transplant. Zerkari recovered for a few hours in the Cardiothoracic Intensive Care Unit before going back into surgery to receive his new kidney.

When he awoke from the anesthesia later that afternoon, his mom could tell right away he was OK.

“He was still under heavy medication and a tube was in his mouth, but a nurse brought him a whiteboard and he started writing on it,” she recalls. His first question? “He wrote, ‘Can I have my tablet?’” she says, laughing. “I said, ‘But your eyes are closed! What are you going to do with it?’”

He immediately scribbled his response: “I just want it.”

She handed him the tablet. Two weeks later, he went home. 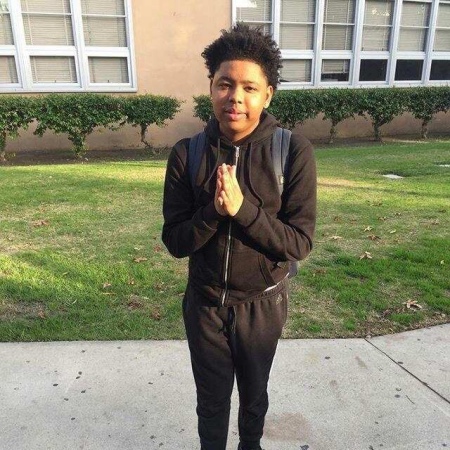 Today, Zerkari is doing great. Although he had a minor complication with his kidney, his doctors quickly managed it.

“In any transplant, one of the keys to success is close communication,” says Lestz. “In this case, we have to balance the needs of two organs. The communication between our teams has just been super easy.”

Because of the initially intense immunosuppression medications preventing rejection of his new organs, Zerkari had to be home-schooled at first, but he returned to his regular school in January. “I have so much more energy,” he says. “I can breathe regularly again.”

His experience has inspired him to think about one day becoming a cardiologist. Both Zerkari and his mom also hope to eventually meet the family of his organ donor. The message they’d like to send: thank you.

“I would tell them, ‘I’m so sorry for your loss,’” Anderson says. “But your son was a blessing to my son. He blessed him with his organs, and we will forever be grateful.”