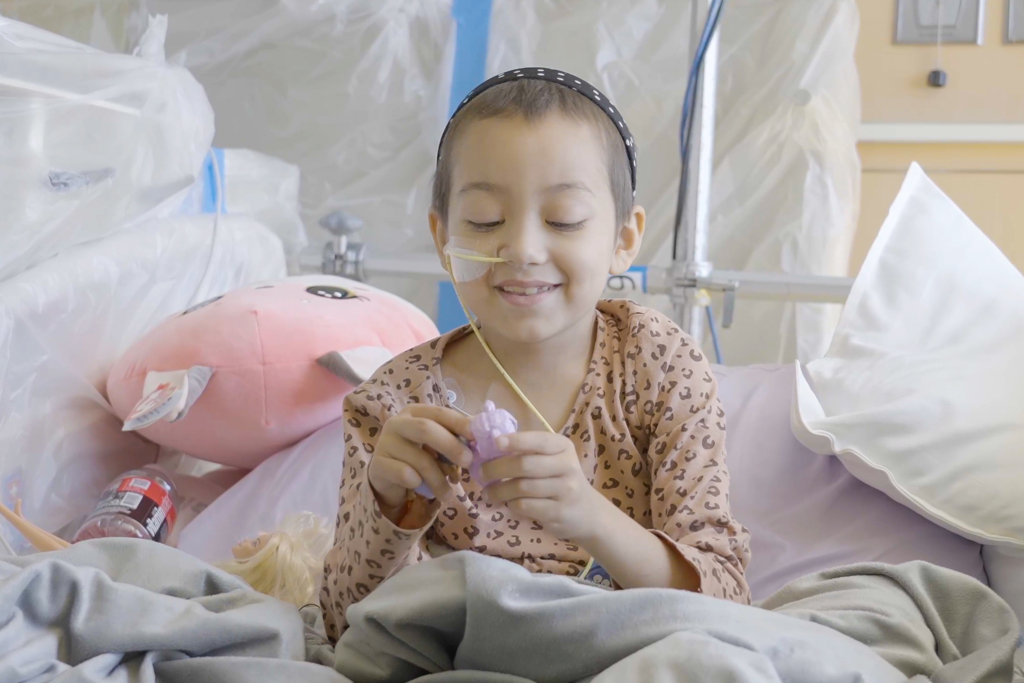 Children’s Hospital Los Angeles is the only hospital in Southern California where patients can receive MIBG therapy, a specialized targeted radiation therapy for neuroblastoma.

Delilah has been fighting for her life since she was 4. The 7-year-old from Bakersfield has high-risk neuroblastoma, a relatively rare and difficult-to-treat pediatric cancer that affects about 700 kids in the U.S. each year.

Delilah’s disease is refractory, meaning her neuroblastoma did not respond to traditional treatments—until a few months ago, that is, when she made the brave decision to give something else a try.

In March, Delilah became the first child to receive MIBG therapy at Children’s Hospital Los Angeles, the only hospital in Southern California—and one of only a few in the Western United States—with the infrastructure and expertise to deliver this specialized targeted radiation therapy to children with high-risk neuroblastoma. Previously, the closest locations where patients like Delilah could receive MIBG therapy were San Francisco, Denver and Houston.

“Delivering MIBG therapy at Children’s Hospital Los Angeles fills a huge need for kids in Southern California and beyond,” says Araz Marachelian, MD, MS, Medical Director of the Neuroblastoma MIBG Program in the Cancer and Blood Disease Institute. “For years, we have focused on other aspects of MIBG clinical care and research, particularly through our leadership in the New Approaches to Neuroblastoma Therapy (NANT) consortium, but patients had to go to other institutions for the actual therapy. Now CHLA is a ‘one-stop shop,’ and families in the neuroblastoma community are really, really excited.”

Delilah’s mom, Samantha, agrees. “To not have to travel so far and to be at our home hospital where Delilah knows everybody—people she has developed a strong bond with—that extra comfort is such a blessing.”

Looking back, Samantha can see the early signs: It was Christmas 2018 and Delilah was complaining about a tummy ache. Too many cupcakes, Samantha figured. Or in typical toddler fashion, her daughter was just being picky and didn’t want to eat her food. The tummy aches seemed to come and go for the next couple of weeks, but Delilah didn’t have any other complaints—until Jan. 5, 2019, when she took a nasty fall off her bike.

“She said her leg hurt really bad,” says Samantha, “so her dad and I thought maybe she hurt it from the fall. No parent would know these things were because of cancer.”

That night, they took Delilah to the local emergency room. “They told us it was probably just growing pains and not to worry about it,” Samantha recalls. Two days later they returned to the ER for X-rays, and still there was no explanation for her leg pain.

Next, they tried to get answers from Delilah’s pediatrician. “We went back and forth for a couple of months before her doctor agreed to do blood work,” says Samantha. “When compared to old samples, Delilah’s blood counts were way off. The pediatrician told us it was probably leukemia.”

Within days, Delilah was admitted to a hospital just down the street from Children’s Hospital Los Angeles. “We were there for two or three weeks before they figured out that our daughter had stage 4 neuroblastoma. It was in 95% of her bone marrow, and they said she was going to have to fight for her life.”

It was a year before Delilah and her family would return to Bakersfield. “When they told us she had cancer, our whole lives changed,” Samantha says. 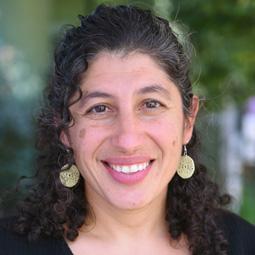 Delilah immediately started chemotherapy. Although not yet a patient at Children’s Hospital Los Angeles, Delilah got to know Dr. Marachelian, with whom her oncologist regularly consulted. Dr. Marachelian is world-renowned for her expertise in neuroblastoma.

Despite a very poor prognosis, Delilah underwent four rounds of chemo before her family decided to stop treatment and try homeopathic medicine instead. Samantha had just given birth to her third child—at the same hospital where her oldest was getting chemo—and it was time for a break.

“We have family in Texas, so we decided to go there to try to get away from cancer for a little while,” she says. “Delilah wasn’t in remission, but the stuff we were giving her was keeping the cancer at bay.”

For about 10 months, Delilah was stable. Then things took a turn for the worse.

“When she started limping,” Samantha says, “we knew it was the cancer. We hopped on a plane and came back to California where we knew Delilah would get the best treatment for her neuroblastoma.”

In January 2020, the family returned to Bakersfield. No longer tied to their old insurance, they made sure their new plan would allow Delilah “to see Dr. Marachelian and do everything at CHLA. And then we went full force with treatment.”

“Neuroblastoma is a tough cancer,” says Dr. Marachelian. “We need to treat it in all different ways to be successful so we have long-term survivors. For most cancers, one type of therapy will never be the cure, because cancers are very smart. But when we combine treatments and use multimodality therapy, we can increase the chance of a cure.”

Dr. Marachelian started Delilah on immunotherapy and chemotherapy. Although she improved, she did not get into a remission, so she combined immunotherapy with a different chemotherapy. Delilah went through 25 rounds of the combination therapy, which was effective at killing a lot of the neuroblastoma that hadn’t responded before. But after two years, Delilah’s tumor was showing its stubborn side. It seemed that the treatment was working less and less, and more discouraging were the few new spots of disease that started popping up on her scans.

“As time goes on, neuroblastoma tumors get smarter and smarter, and they get more resistant to attack by certain therapies,” Dr. Marachelian points out.

Despite multiple setbacks, Delilah still had a lot of fight left in her.

“The plan was to do MIBG therapy here at CHLA,” Samantha says, “but if for some reason the room wasn’t ready, we would go to San Francisco.”

Unlike traditional radiation treatments, which focus on one or two tumor sites, MIBG therapy is given by IV infusion and can target tumor cells anywhere in the body. The radioactive compound 131I-metaiodobenzylguanidine, or MIBG, is taken up by the neuroblastoma cells, and in high enough doses, kills them. After infusion, the patient has to stay in isolation in a specialized MIBG room until the radiation in the body reaches a safe level.

“One of the things that’s really important is that we can keep parents in the room with their child,” Dr. Marachelian says. “Some places that do MIBG can’t allow that because of radiation risk. But we were able to get a big room where there’s a lot of space and enough lead shielding that it is very safe, and the child and parent can always see each other.”

Delilah received her first infusion March 9 in a procedure that lasted less than two hours. After less than three days in isolation, she was able to go home.

Samantha says the MIBG therapy worked really well and “got almost everything. There was just one little really light spot that kept popping up, so Dr. Marachelian wanted her to come back to get the rest.”

On May 10, Delilah had a second MIBG treatment, and she is feeling better than she has in a long time. If things continue to go well, Dr. Marachelian hopes to start her on the maintenance phase of treatment soon.

“It’s exciting that Delilah had a great response to MIBG,” says Dr. Marachelian. “At one point she was thought to have zero chance of survival because her tumor had not responded at all. She and her family are on a very different journey now, and it’s really exciting.”

Delilah already has big plans for when she is cancer-free, including an overnight camping trip and a “No More Cancer Party” for family and friends. “And we will go to the salon!” she exclaims.

Samantha admits life with three kids under 8 is a bit crazy, especially since she is homeschooling Delilah and her 5-year-old sister, Summer. Throw cancer and a global pandemic into the mix and it can be difficult to cope, especially for a young girl fighting cancer.

“She just got a kitten, Honey, because we wanted her to have something to lean on,” her mom says. “All the treatment really messes with [kids’] emotions. She doesn’t like to feel angry, but sometimes she does. We are just trying to help her be OK again.”