Growing Up With a Heart Defect 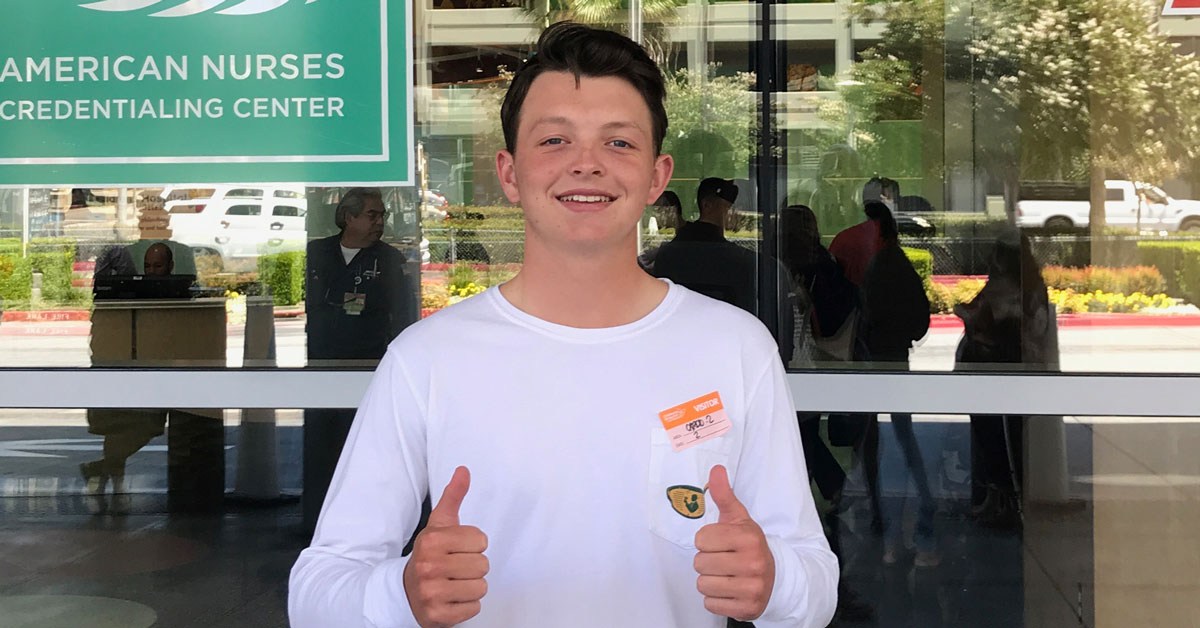 Geoffrey Von Der Ahe, 18, who has been a patient at Children’s Hospital Los Angeles since birth, says living with a heart defect has made him want to give back to other kids—and study medicine one day 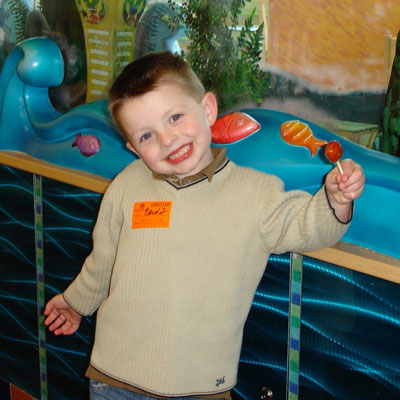 Geoffrey Von Der Ahe first came to Children’s Hospital Los Angeles when he was just 2 days old. Now age 18, he has no memory of undergoing lifesaving surgery, but his parents, Danielle and Geoff, remember it well. As new parents, they were overwhelmed by having a child with a serious heart condition, aortic stenosis, but they soon came to think of CHLA as their home away from home.

Geoffrey underwent a neonatal Ross procedure as an infant because of the severity of aortic valve stenosis. Over the years, Geoffrey regularly saw CHLA cardiologist Alan Lewis, MD, who monitored his condition. Children who have undergone a Ross procedure as neonates for aortic stenosis typically undergo at least three surgeries during their lifetime as their bodies grow and require larger valves. When he was 6, Geoffrey needed a second operation, which was performed by Vaughn Starnes, MD, co-Director of the Heart Institute, and the surgeon who had done the initial procedure.

As a teen, Geoffrey had a major growth spurt and noticed that he was getting tired more easily. After consulting with Dr. Lewis, it became clear that Geoffrey would need to have his pulmonary valve replaced again, and sooner rather than later. At age 15, Geoffrey underwent an interventional cardiology procedure to have a Melody Transcatheter Pulmonary Valve inserted.

This time, as a teenager spending time in the Heart Institute, Geoffrey’s experience was much different than when he was a child. Although he himself was recovering from an unexpected complication, Geoffrey couldn’t help but notice all the other younger patients around him. Hospitalization is never easy for anyone, let alone a small child. Geoffrey began to wonder how he could help other kids in the Heart Institute. 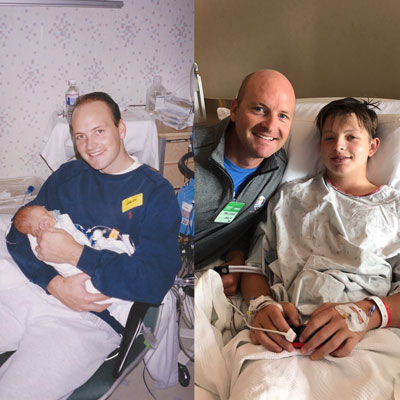 In his own words, Geoffrey shares what CHLA has meant to him and how his most recent experience at the hospital has given him a new sense of purpose:

What was it like being in the hospital as a teenager? How was it different than when you were a kid?

When I had surgery at 6 years old, I remember the staff was really comforting and that my parents tried to help me not be scared. After the surgery, the first thing I did was ask my dad if I could have a cheeseburger. When I was in the hospital at age 15, I started to really notice all the other kids around me. When I would walk down the hall, I’d see all these little babies with tubes who had just had surgery. There were also many other younger kids going through so much that I couldn’t even comprehend it.

What would you like to do to help other kids who have heart defects?

I want to spend some service time at CHLA. I also want to be able to talk to the parents and to be a mentor for the younger kids who are about to have surgery. I think a lot of the parents worry about how their kid will grow up. But when they see someone like me, who has a heart defect but is completely functioning, parents have told me it gives them hope. Over the past two years, I have been involved with Once Upon a Room, a nonprofit that decorates inpatient rooms at CHLA and many more hospitals. I am actually the president of the Orange County Junior Room Crew. There is nothing better than seeing the smiles that room decorations brings the patients. Hospital rooms can be so sterile, it’s amazing what some new bedding, wall decor and other decorations can do.

How has having a heart defect impacted your life?

My parents always told me it doesn’t have to affect my daily life. But it is a big part of my life because not a lot of people have gone through something like this so young. I kind of hold onto that because I think it’s pretty cool that I’ve been through something as serious as heart surgery. 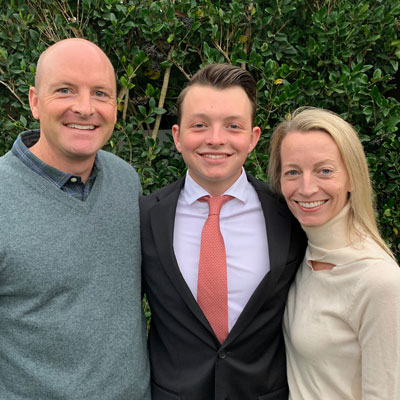 Is it true that you’re thinking about going into medicine? Did your experience at CHLA influence that?

Yeah, I feel like I have such a connection to the medical field and it’s something I’m really interested in. The fact that you could be saving lives every single day is something I want to explore. Last summer, I participated in a premed program through University of California Irvine, and the experience was awesome. As of right now, I am deciding between becoming a researcher or becoming a practitioner.

What do you tell your friends about your condition and being treated at CHLA?

My friends are aware I’ve had surgery and are super supportive. But it’s hard to explain it to someone who hasn’t been through it, and it’s hard to fully explain how awesome CHLA is. But I want to give back as much as possible to the hospital that saved my life.