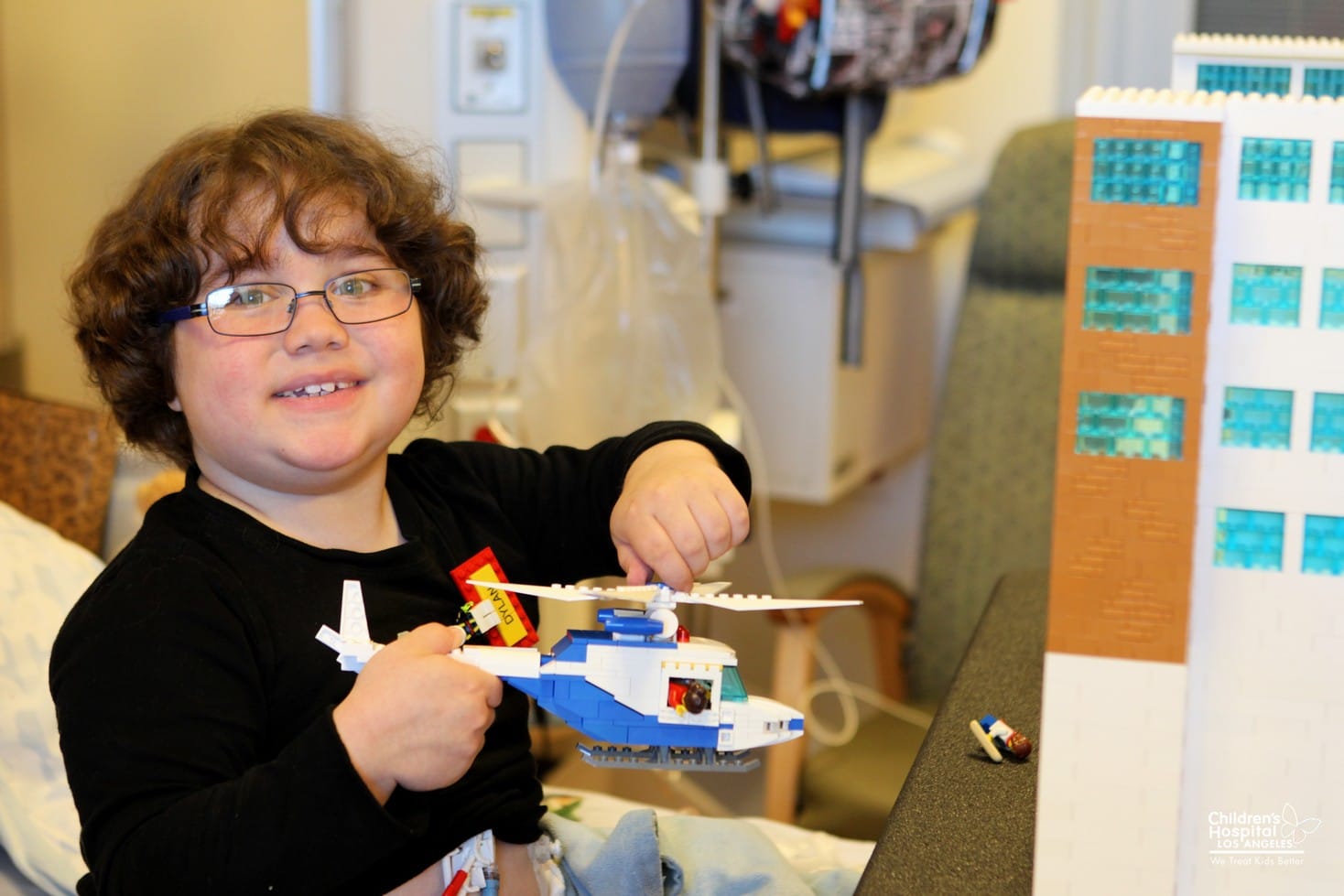 Fittingly named “Honorary LEGO Master Builder” by the LEGO Group, Dylan was invited to LEGOLAND in Carlsbad, Calif. to spend a day engulfed in his favorite hobby and pick up a LEGO kit designed especially for him, courtesy of Make-a-Wish Foundation. The kit was a 4,000 piece model of Children’s Hospital Los Angeles that features specific places in the hospital that hold distinctive meaning to Dylan and also houses one of his favorite doctors, Mimi Kim, MD, assistant professor of Clinical Pediatrics at CHLA.

“I wanted to design Children’s Hospital Los Angeles, because they saved my life and we live here,” says Dylan. “I want to auction off the model and hope that it will make a lot of money for research at CHLA.”

Dylan was diagnosed at the age of six with a complex form of mitochondrial disorder when he was airlifted from his hometown of Las Vegas, Nevada to Children’s Hospital Los Angeles. His symptoms, which consist of issues in the immune and digestive systems, require the care of several pediatric specialists in areas such as Endocrinology, Nephrology, Gastroenterology and more.

“Mitochondrial disorder disrupts the mitochondrial function which essentially generates energy for us to live,” says Richard Boles, MD, Medical Genetics. “This disorder shows up differently in every patient and for Dylan, he is currently the only known child in the world with his record of symptoms.”

Since there is no current cure, CHLA specialists are working hard to study the cause of Dylan’s symptoms and set a precedent for future children. Dylan, who has not had any solid food in the past two years due to his digestive issues, has stayed at CHLA for as long as six months and when he is not inpatient, he makes daily visits to the outpatient towers.

“He is usually in a lot of pain from kidney stones,” says Dylan’s mother, Kapka Prunty. “It takes three months to a year for someone to develop a kidney stone. Dylan makes them sometimes in minutes, hours, days. He can pass up to 100 kidney stones a day.”

Despite all the pain, Dylan has retained his bright spirit, creativity and funny personality, but a lot of that could be due to this love of LEGO Bricks and the care he receives at Children’s Hospital Los Angeles. Never needing the instruction manual, Dylan will spend just a few hours completing LEGO kits intended for children ages 16+.

“It has helped distract from the pain. It’s like, the best pain medicine,” says Dylan. 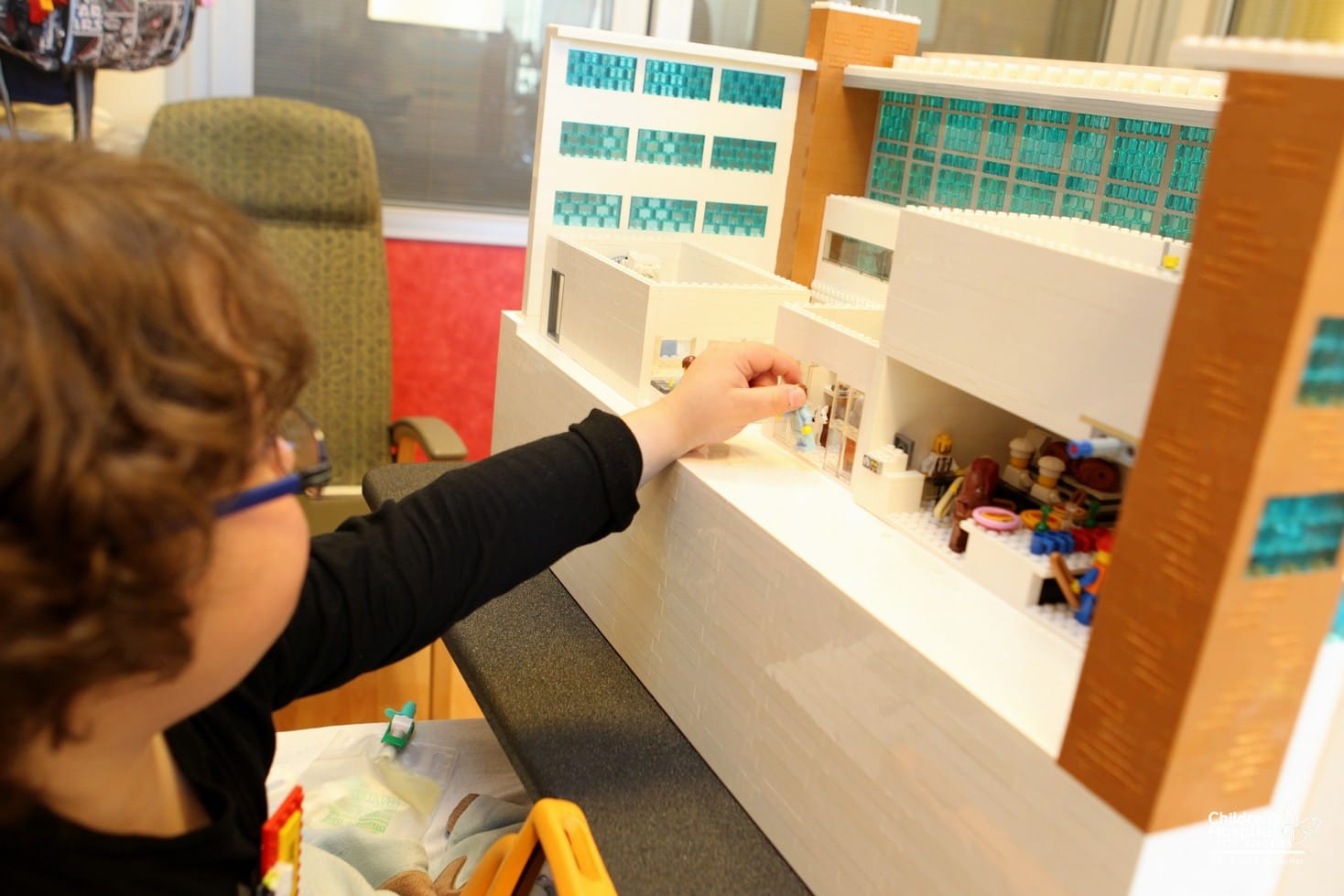 Dylan has come a long way since he was first airlifted to Children’s Hospital Los Angeles. However, his disorder still needs extensive research to help give Dylan and other kids like him a chance to live a normal life. His long-term wish has nothing to do with LEGO Bricks, but is to go to school, be in a yearbook, get married and have kids.

“I am proud of what Dylan is doing for the research of mitochondrial disorder at Children’s Hospital Los Angeles,” says Boles. “He is putting his skills to where it is needed—for him and other children. I applaud him.”

Dylan recently had a chance to meet LEGO moviestar, Chris Pratt, and shared a special moment with him. Read more.

This holiday season, Dylan is giving back to his children’s hospital, now it’s your turn. If you Live L.A., Give L.A.. Every dollar of your gift will help provide world-class care for every child that comes through our doors—kids like Dylan. Visit CHLA.org/GiveLA.