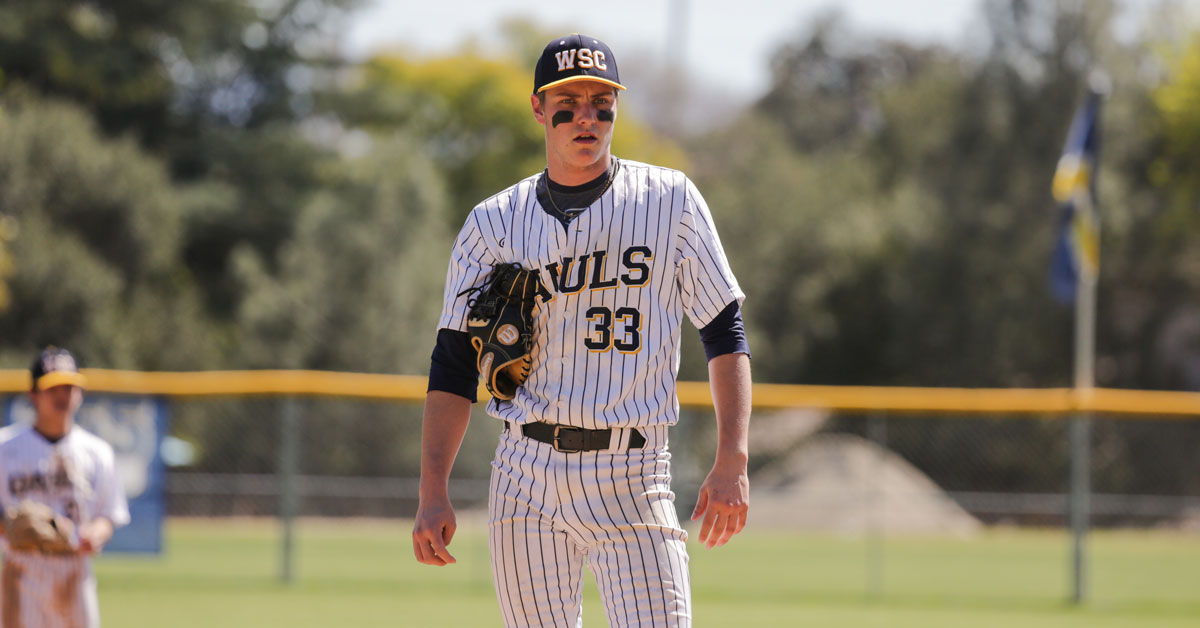 Imagine back pain so debilitating you can’t even get out of bed. For 18-year-old Eric, an innovative surgery finally provided relief and the chance to pursue his dreams. 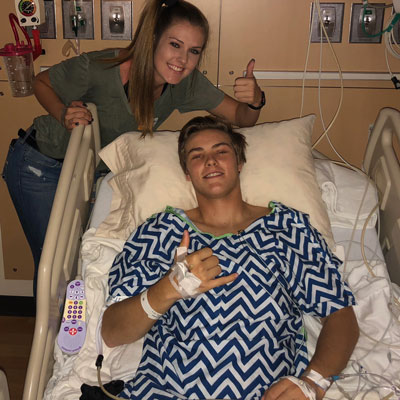 It’s a phrase every athlete fears—three words that can end a season or even a career.

This is what 18-year-old baseball player Eric heard last year. For the pitcher and catcher it was crushing news. Eric worried that he’d let his team down. And he wondered: How long would it take to recover? Would he ever return to the field?

Then Eric felt yet another bout of excruciating pain in his back. A brace and physical therapy hadn’t provided relief in months, and he was desperate. Surgery wasn’t just the best option, it was his only one.

Eric had a spinal condition called spondylolisthesis. One of his lower vertebrae had slipped onto the bone beneath it and was pressing on some nerves, which was triggering the unbearable stabbing sensations. An initial MRI also revealed a highly complex fracture.

“One of his spine bones was shattered into multiple pieces, kind of like sand in your eye,” says David L. Skaggs, MD, MMM, Chief of the Children’s Orthopaedic Center at Children’s Hospital Los Angeles. “His case was complicated because it not only required a repair of the fracture itself but also the removal of these tiny fracture fragments.”

March 2018 was the first time Eric noticed some discomfort in his back. He didn’t think much of it initially. As an active teen, he had pulled muscles before and figured he just needed some rest to let the strain heal. But then the throbbing intensified and soon became constant and debilitating.

“I’ve broken bones before,” says Eric, “but this was the worst pain I’ve ever experienced in my life.”

“I remember waking up one day, and I couldn’t even get out of my bed,” he adds. “I called my mom who was out of town with my dad at the time and told her she needed to call my school because there was no way I could make it. That’s when I realized, OK, I need to go see a doctor because something really isn’t right.”

The doctor who performed the initial MRI eventually referred Eric’s family to Children’s Hospital Los Angeles due to the severity of his case. At his first appointment with Dr. Skaggs, Eric remembers being told he would be back on the mound in 90 days.

“I was skeptical at first,” Eric admits. “I didn’t think my body would heal that quickly after such a major surgery. But Dr. Skaggs made me feel at ease. He was so confident that I would be able to do everything I wanted to do.”

A back that’s ‘built to last’ 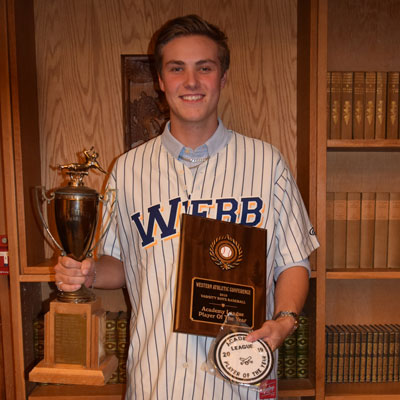 For adults, spondylolisthesis can be treated with posterior spinal fusion surgery. Research conducted by the Children’s Orthopaedic Center at Children’s L.A., however, has shown that this approach doesn’t quite work for children or adolescents. In fact, one of the team’s multicenter studies found that 40% of pediatric patients who underwent traditional surgery for spondylolisthesis experienced complications that required a subsequent operation.

“As surgeons, we always aim to do the least invasive procedure,” says Dr. Skaggs. “For this condition, though, the data was clear. Kids were returning and needing to undergo surgery again.”

Together with colleagues at other top institutions across the country, Children’s Hospital Los Angeles orthopaedic surgeons designed a better surgical method for young patients with spondylolisthesis: circumferentially securing the spine by going through the back—as well as the front.

In Eric’s case, the nearly eight-hour procedure began with Dr. Skaggs performing spinal fusion with two titanium rods and two screws to hold them in place. Then, surgeon Jim Stein, MD, MSc, FACS, FFAP, who also serves as CHLA’s Senior Vice President and Chief Medical Officer, went through Eric’s stomach to replace the disc in between the two vertebrae that had been causing the pain.

With this two-step process, “We’re making sure that a patient’s new back is built to stand up to the demands of being an elite athlete and built to last,” says Dr. Skaggs.

Since adopting this new method in 2017, 100% of patients have had a successful fusion.

From fighting pain to fighting fires 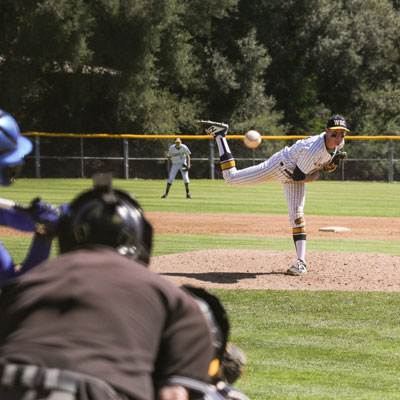 Much to Eric’s surprise, his recovery was a speedy one. Just two days after surgery, he returned home. Two weeks later, he was back at school. By the fourth week, he was running two miles around his neighborhood.

At his three-month check-up, Eric was cleared to return to baseball, just as Dr. Skaggs had promised. He wrapped up the season with a 6-0 record, pitching 36 innings and striking out 43 batters. Eric also hit .370 and had 19 runs batted in, earning him the MVP award for his team and the league.

These astonishing stats were unthinkable just a few weeks prior. Pain had crippled nearly every part of Eric’s life and getting back in the game wasn’t his main priority. He just wanted to be healthy and enjoy simple activities like joining his family at the dinner table and hanging out with friends without wincing in pain.

That made competing during his senior year in high school even more of a “bonus,” especially since Eric knew there was a chance he might never play again. But perhaps the best outcome has been the chance to pursue a career he’s passionate about, one that would be impossible if he still had back pain. Today, he’s attending Mt. San Antonio College with hopes of joining the fire academy.

“Children’s Hospital means everything to me,” says Eric. “They have the best staff there, and everyone from the doctors to the nurses is there to help you and get you back to health. They are the reason why I can become a firefighter one day.”

“They gave me my normal life back,” he adds. “I feel free again.” 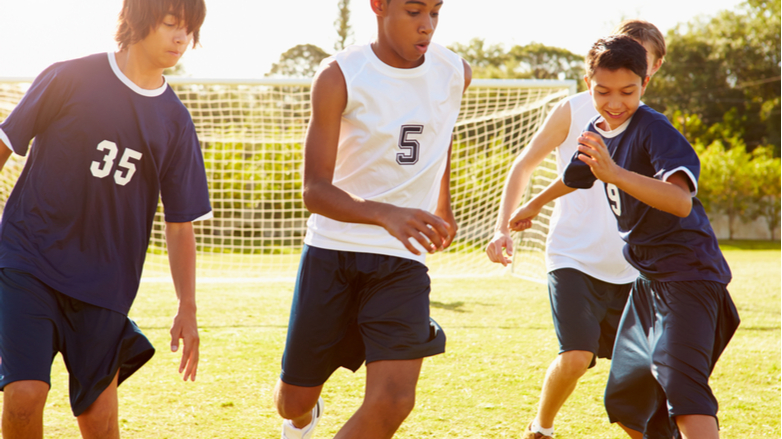