Balancing Life as a Surgeon and a Mom 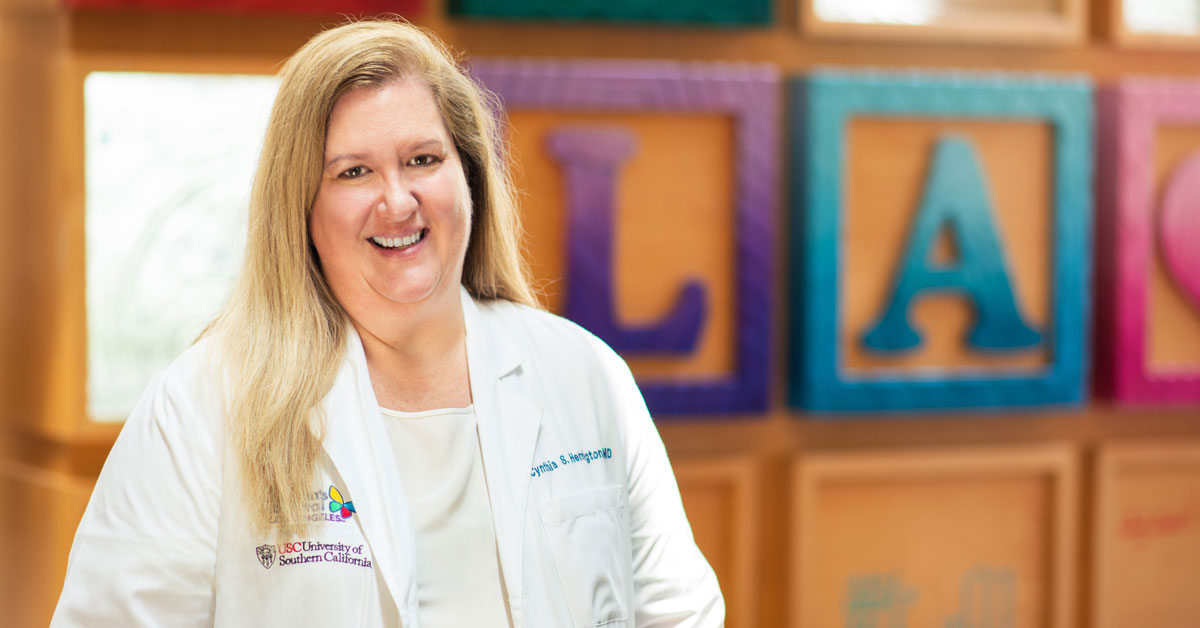 As a congenital heart surgeon, single mom and impassioned “student of diversity,” Cynthia Herrington, MD, encourages us to be kind to ourselves while also going after the things that make us whole.

Growing up in a small town near Cleveland, Ohio, Cynthia Herrington, MD, never planned to be a doctor. Her life might have taken a completely different path if a medical school hadn’t “sprung up from the cow patch” 15 minutes from her childhood home.

Spurred on by her parents’ enthusiasm, 18-year-old Cindy applied to the school’s accelerated 6-year BS/MD program. She was just 24 when she received her medical degree from what is now Northeastern Ohio Medical University (NEOMED).

“The way it worked was, if you got in, they assigned you to an undergrad,” Dr. Herrington says. “I went to Kent State for two years, and then to the medical school for four years.”

NEOMED no longer offers the accelerated 6-year program. “Graduate medicine has moved away from speeding it through to slowing it down,” says Dr. Herrington. “But 25, 30 years ago it was a big deal to be able to get moving. And it was good for me to graduate two years early because I did nine years of fellowship training after that.”

“A lot of firsts”

The first in her family to attend college, Dr. Herrington pursued her medical career with passion and unapologetic determination. “I’ve done a lot of firsts and been a lot of ‘onlys,’” she says.

She completed her general surgery residency at St. Luke’s Medical Center in Cleveland and her cardiac surgery training at the University of Minnesota Medical School, becoming one of the first women trained in both of those programs.

During her cardiac surgery training she realized that she was “particularly good with the babies and families,” so she decided to get additional training in congenital heart surgery.

In 1998, Dr. Herrington headed west to Children’s Hospital Los Angeles and became the first woman ever trained by Heart Institute Co-Director Vaughan A. Starnes, MD. After the year-long congenital heart surgery training, she found herself back at the University of Minnesota Medical School, where she spent nine years as a faculty member.

Fast forward to 2008: When Dr. Herrington learned Dr. Starnes was recruiting a surgeon, she jumped at the opportunity—and became the first female cardiothoracic surgeon at CHLA.

Congenital heart surgery, like cardiac surgery in general, is a male-dominated field. Thinking back to all the national meetings she has attended, Dr. Herrington says usually “there were like two of us.”

Now 54, Dr. Herrington has been a role model for female surgeons for more than two decades. In 2008, she became the Surgical Director of the Heart Transplant Program at CHLA, a position she still holds today. She is also training the next generation of specialists as Program Director of the Congenital Cardiac Surgery Fellowship.

“My junior partners like to remind me that currently I am the oldest female surgeon Boarded in congenital heart surgery in the U.S.,” says Dr. Herrington. “I guess I am kind of the female senior statesperson for my field.”

For years, Dr. Herrington focused on professional advancement instead of family. “When you’re in medicine,” she says, “you delay everything. You somehow think there’s going to be a perfect time.”

Dr. Herrington is quick to acknowledge that the “family thing” isn’t for everyone. But it was exactly the thing for her. At age 48, single, with a top surgical position at the No. 1 children’s hospital in the Western U.S., she decided to start a family.

With a long history of adoption in her family, she always knew that was an option. She started researching reputable agencies and talking to everyone she knew who had been through the process. When she decided it was time to share her plans with her CHLA colleagues, she got nothing but support.

“Dr. Starnes hugged me and said, ‘This is good! I never worry about my female surgeon. I’m never worried about your ability [to balance family and career]. I know you’ll be fine.’”

Dr. Herrington says she probably wouldn’t have even thought about adopting if her team hadn’t been so supportive. “We are a kickass cardiac surgical program,” she says, “and we are very, very family-oriented.”

There is a longstanding bias against single moms in the adoption process. In fact, the agency Dr. Herrington chose to work with did not represent single women, but that was just another barrier she was prepared to overcome. Her successful adoption of two girls inspired the agency to reconsider its definition of “family” and begin representing single women, single men and same-sex couples.

Dr. Herrington says she’s fortunate to be able to have a full-time nanny to help care for her daughters, Olivia, 5, and Emma, 2½, which allows her to continue working as a surgeon and hospital leader. But that doesn’t mean life as a working mom is simple.

“The mommy guilt is no joke,” she admits, “and it isn’t easy, but it’s worth it. Those two girls are the most amazing thing of my life.”

Advocating for everyone under the butterfly

Dr. Herrington’s work these days is approximately 60% clinical and 40% administrative. Since 2018 she has been Chair of the Equity in the Workplace Task Force, which addresses gender discrimination and sexual harassment among faculty at CHLA. In March 2019, CHLA President and CEO Paul S. Viviano created the Office of Diversity, Equity and Inclusion (DEI), and named Dr. Herrington the hospital’s inaugural Vice President and Chief Diversity, Equity, and Inclusion Officer.

Dr. Herrington calls herself a “student of diversity,” continually learning and growing. She hopes to teach others that diversity isn’t just about gender and race. Diversity also encompasses religion, native language, age, ability, LGBTQ and more, as well as the “intersections of diversity” where these characteristics overlap.

“We represent ‘everyone under the butterfly,’ meaning every single person who touches CHLA,” she explains. “I don’t care what color your [employee] badge is. If you have a butterfly on your badge, then I am working for you.”

Balance is how you define it

We hear a lot about the importance of living a balanced life. Dr. Herrington uses an analogy to describe balance, saying it’s similar to the pole a tightrope walker uses—tipping side to side—to help stay on the rope. “Balance doesn’t have to be 50/50. Sometimes balance is 45/55, sometimes it’s 30/70.”

With the right support, Dr. Herrington believes everyone can find their own version of balance.

“I did not go out and adopt children or go into cardiac surgery to make a statement, but the fact that I am surviving this space tells other people that they can survive in this space,” she says. “Be kind to yourself and realize that balance is how you define it.”