What You Need to Know About Mosquito Bites and Treatments 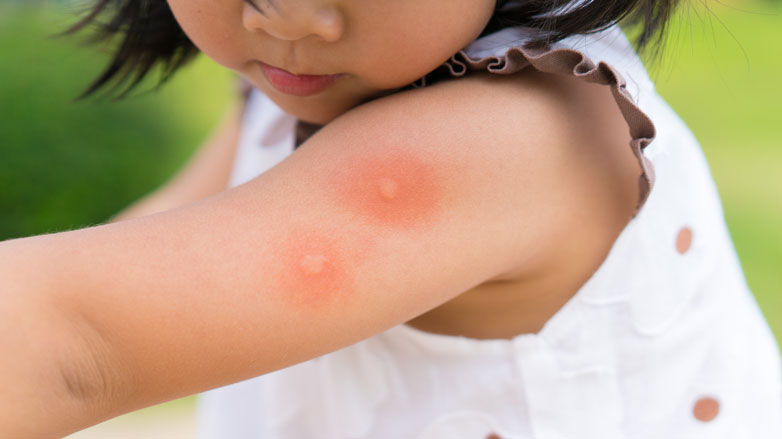 In the olden days, mosquitos were only spotted after dusk during one specific season—a period that started around late April and lasted until early fall. Nowadays, the threat is more daunting than ever before. According to data from the U.S. Centers for Disease Control and Prevention, the number of disease cases from infected mosquitos, ticks and fleas have tripled in the last 13 years, and California led the nation in the number of mosquito-borne disease cases between 2004 and 2016. What’s more, two new invasive species bite all day long and are buzzing year-round. The species, Aedes aegypti and Aedes albopictus, are both a nuisance and public health threat. They are capable of transmitting infectious diseases such as Zika, Chikungunya, West Nile virus, Dengue fever, Yellow fever and—in some locations—Eastern Equine Encephalitis, or EEE.

“It’s getting trickier to stay safe from mosquitos,” Dr. Anand says. “What we’ve learned is that a few simple precautions can go a long way.”

How to avoid mosquito bites

Despite the prevalence of these new mosquitos, it’s possible to minimize the risk of getting bitten and contracting a disease.

The best strategy: Apply repellent to any exposed skin surfaces whenever you plan to go outside. When used as directed, repellents approved by the Environmental Protection Agency have been proven to be safe and effective, even for pregnant and breastfeeding women. Repellents on this list contain active ingredients such as DEET, picaridin, oil of lemon eucalyptus, p-Menthane-3,8diol, or 2-undecanone. Dr. Anand warns that repellents marketed as “all-natural” often aren’t as effective as those that contain these approved ingredients.

Another good strategy: Minimizing general exposure by wearing long pants and sleeves, installing screens on windows, and limiting time outside.

A third way to cut down on the likelihood mosquito bites is to reduce the number of potential habitats for mosquito growth. One way to do so is eliminating standing water in your household or backyard. “Especially during the rainy season, taking these precautions can go a long way toward keeping mosquito populations down,” says Dr. Anand.

The best ways to treat bites

Unfortunately, there are no magic treatments for mosquito bites. Applying calamine lotion often provides some relief, though depending on the size of the bite and the age of the patient, results may vary.

According to Dr. Anand, the biggest risk of infection associated with mosquito bites is scratching. This means that for younger patients, putting band-aids over bites can be a useful treatment approach. Dr. Anand adds that in some cases wearing clothing over a bite zone also can deter scratching and subsequent infections.

“For kids, anything you can do to get them to stop scratching will help,” he says. “You don’t even have to tell them what you’re doing; just covering the bite will make a difference.”

Diseases in California to worry about

Mosquitos are the deadliest animal on the planet because of their ability to transmit disease.

Viruses transmitted by mosquitos are known as arboviruses. In most cases, the virus infects a mosquito and replicates inside it but does not kill it. The virus is then transferred to other host organisms when the mosquitos bite.

Currently, mosquitos are capable of transmitting any number of infectious diseases that could lead to death. Some of the diseases include Zika, Chikungunya, West Nile, Dengue fever, Yellow fever, and more. Mosquitos also can transmit EEE; to date the only reported cases have been along the East Coast and in Michigan and Texas.

“We’re not seeing a broad epidemic of any mosquito-borne disease in California at the moment, but it’s always a good idea to do what you can to stay safe,” says Dr. Anand.